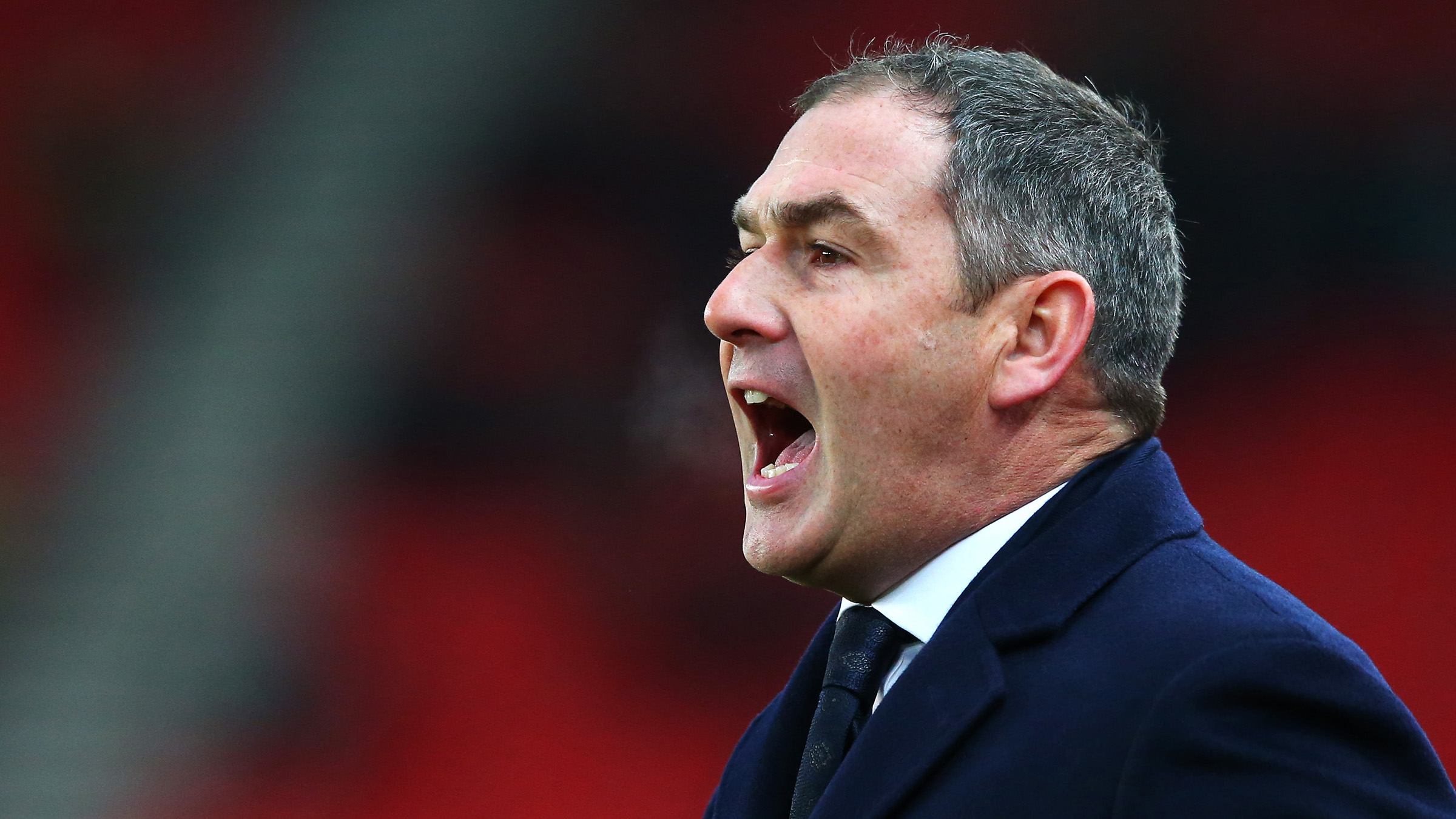 'We can have no complaints - but we can turn this around'

Paul Clement is adamant Swansea City can turn their form around despite admitting they can have no complaints about slipping to the bottom of the Premier League.

The Swans dropped to the foot of the table courtesy of a 2-1 defeat at Stoke City.

And afterwards Clement conceded that he and his team simply must do better if they are to get out of trouble.

“I believe we have slipped to the bottom of the table today and I can’t say we’re unlucky,” said the Swans manager.

“I can’t say, although it’s the case, that we have lost eight games by only one goal.

“We have lost 10 games and it’s not been through misfortune.

“We deserve to be bottom because we are losing too many games. We are not consistent enough through a 90-minute period.

“The team are working in a very focused, professional manner from Monday to Friday but the most important thing is 3pm on a Saturday afternoon.

“We started very well here with the goal and played some nice football after that. Then there was a mistake when Leroy (Fer) was dispossessed in a dangerous area and they capitalised.

“On the second goal we are too deep. (Peter) Crouch is so good in the air – although our centre-half slipped – but our positioning for the second ball wasn’t right.

“Then you saw a characteristic of us at the moment – we are not in a good state mentally and we didn’t play well after that.”

The Swans were ahead inside three minutes thanks to a crisp volley from Wilfried Bony.

The leveller came on 36 minutes, when Joe Allen slipped in Xherdan Shaqiri to level.

Ki Sung-Yueng went closest to finding a leveller when his 20-yard shot was well saved by Jack Butland, while the England keeper also reacted sharply to prevent Ryan Shawcross from scoring an own goal 11 minutes from the end.

With that the Swans’ hopes of getting back into the game had gone, leaving Clement to concede that they have simply not had enough firepower so far this season.

“We are a toothless team,” he added.

“For a team in the Premier League, our possession stats are probably in the middle – we are 10 or 11th in that list I think.

“Defensively we are okay, even though there were a couple of poor goals today. Our defensive record is good enough to be a mid-table side.

“But offensively we are nowhere near good enough. We don’t create enough and we don’t score enough. That’s our big issue.”

Clement insisted his players have the quality to turn around a miserable run which has seen them take just one point from their last seven league games.

And he feels it is down to everyone involved to play their part.

“I am not pointing fingers – I am including myself in this,” Clement said.

“It’s a collective effort. I can’t win without the players – I am being more self-critical than anything.