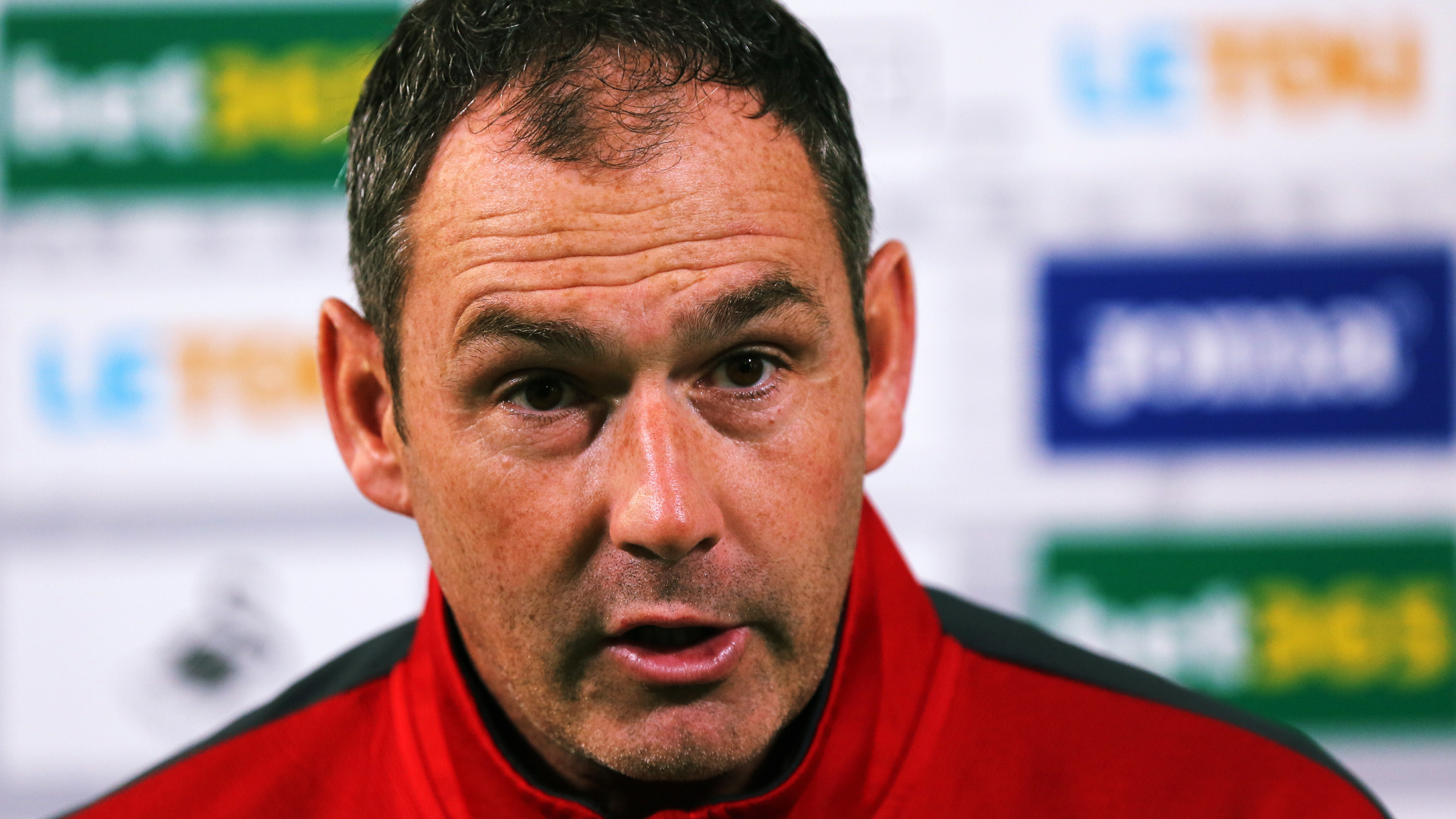 'We can turn this into a good start'

Paul Clement has told Swansea City they are a result or two away from a strong start to the season.

The Swans boss admits the disappointment was obvious within his squad in the wake of last Saturday’s home loss to Watford.

But Clement has stressed that his team could yet find themselves celebrating an impressive opening sequence in 2017-18.

The Swans are unbeaten in five away games – including two in the Carabao Cup – ahead of this weekend’s trip to West Ham.

But that impressive record has been in stark contrast to form at the Liberty, where they have lost three out of three so far.

Even so, Clement is in optimistic mood ahead of the West Ham clash.

“Our objective at the start of the season was to have a good start and get up to speed quickly,” he said.

“You get a positive result, or back-to-back wins, and all of a sudden everything is totally different.

“We don’t blow things out of proportion because we had one bad half against Watford. There are things we want to improve on, clearly, and we will do that.”

The Swans had gone into the Watford game in confident mood having beaten Reading in the cup and claimed a creditable draw at Tottenham.

But they deservedly trailed 1-0 at the break, then ended up losing to Richarlison’s 90th-minute goal despite a vastly improved second-half display.

“We were disappointed – myself and the players,” Clement added.

“The mood when we came back into training on Tuesday particularly was frustration.

“That came out a little bit during the training session and that’s fine. Sometimes everyone needs to let off a bit of steam and get that frustration out.

“But by yesterday there was a lot of focus on the next game at West Ham. We were all disappointed with the first half against Watford, but I saw enough in the second to think we are not far from getting some results.”

The Swans trained in the morning and the afternoon on Wednesday in their attempt to get prepared for the West Ham test.

“The idea was that we needed to work on the training field with the players because we need to improve,” Clement explained.

“We used that opportunity and had a good day. We worked on the things we needed to work on.”

* Please note, Network Rail will be carrying out improvement work on the railway from Swansea to London – trains will still be running but will be diverted on route.