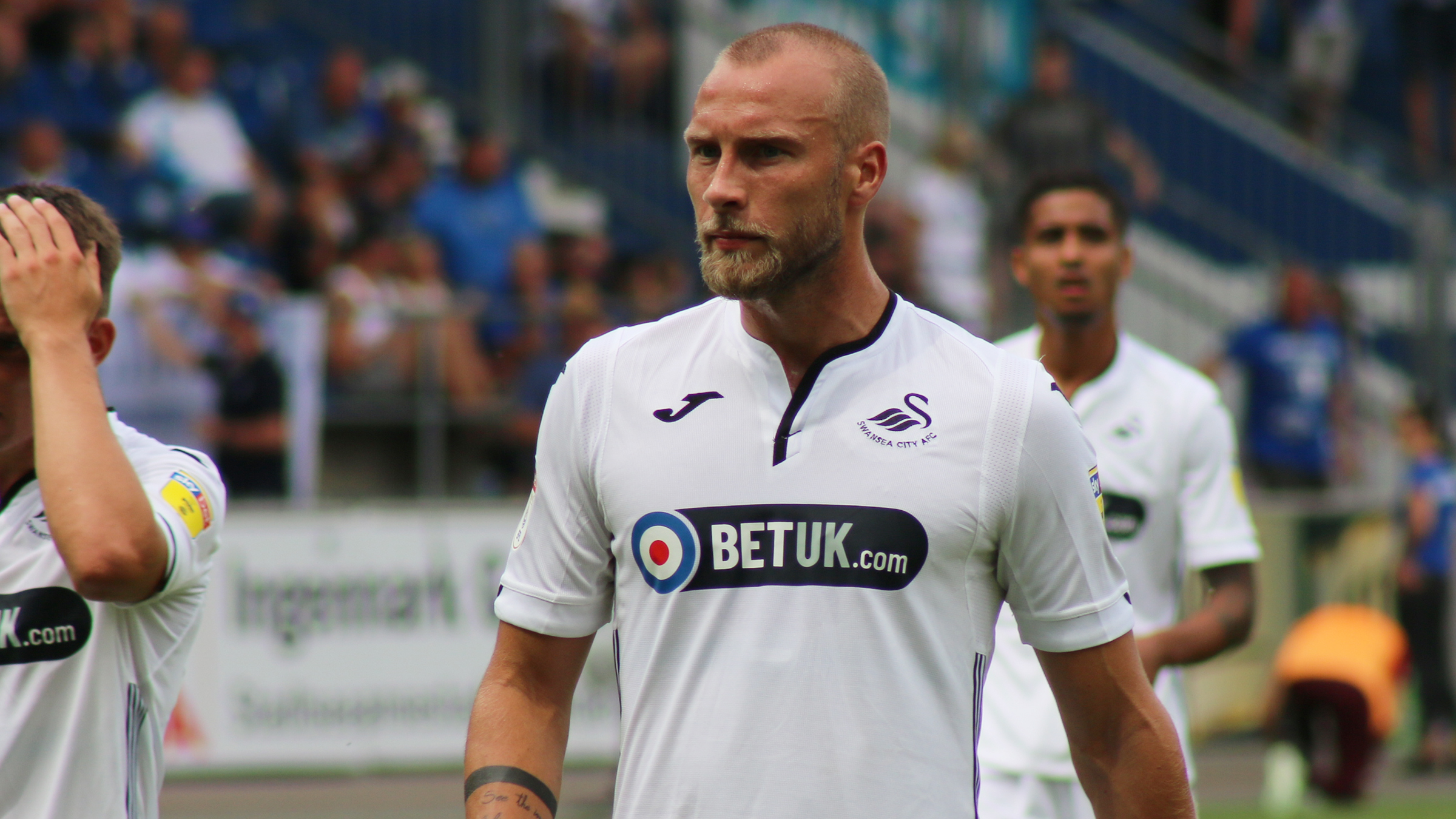 'We did a lot of good things'

Graham Potter’s men drew 1-1 with Serie A side Genoa before their game against Magdeburg, of the German second tier, ended goalless.

That meant the two 60-minute matches were decided by penalty shootouts – and the Swans lost them both.

Nevertheless, van der Hoorn believes Potter’s squad have taken another step forward as they build towards the Championship opener at Sheffield United in a fortnight’s time.

“I think we need to practise our penalties!” the centre-back said through a smile.

“But today was a really good test for us against two very, very good teams. It was the first real test for us so far in pre-season.

“Obviously Genoa was always going to be a challenge. They have proved themselves to be a very good club and a strong Serie A side.

“Magdeburg is a team we’re not that familiar with, but they fought hard until the very end and the home crowd were right behind them.”

It was Magdeburg, the hosts of the Interwetten Cup, who went on to lift the trophy after they beat Genoa in the final game of the day.

The Swans played two different XIs in their two games, with van der Hoorn featuring in the tournament opener against Genoa.

Potter’s team competed admirably with the Italians for much of the contest, and deservedly claimed the draw when substitute Oli McBurnie headed home in the last seconds of the game.

“In the first half against Genoa we were really good,” van der Hoorn said.

“We were sharp, had a lot of the ball and really tried to break them down.

“What was difficult was that they sat back deep for long periods and defended in the typical Italian style. That meant we got tired and we started to lose concentration.

“That’s when we started making the wrong choices on the pitch, but overall there were a lot of good things we can take from the game.”