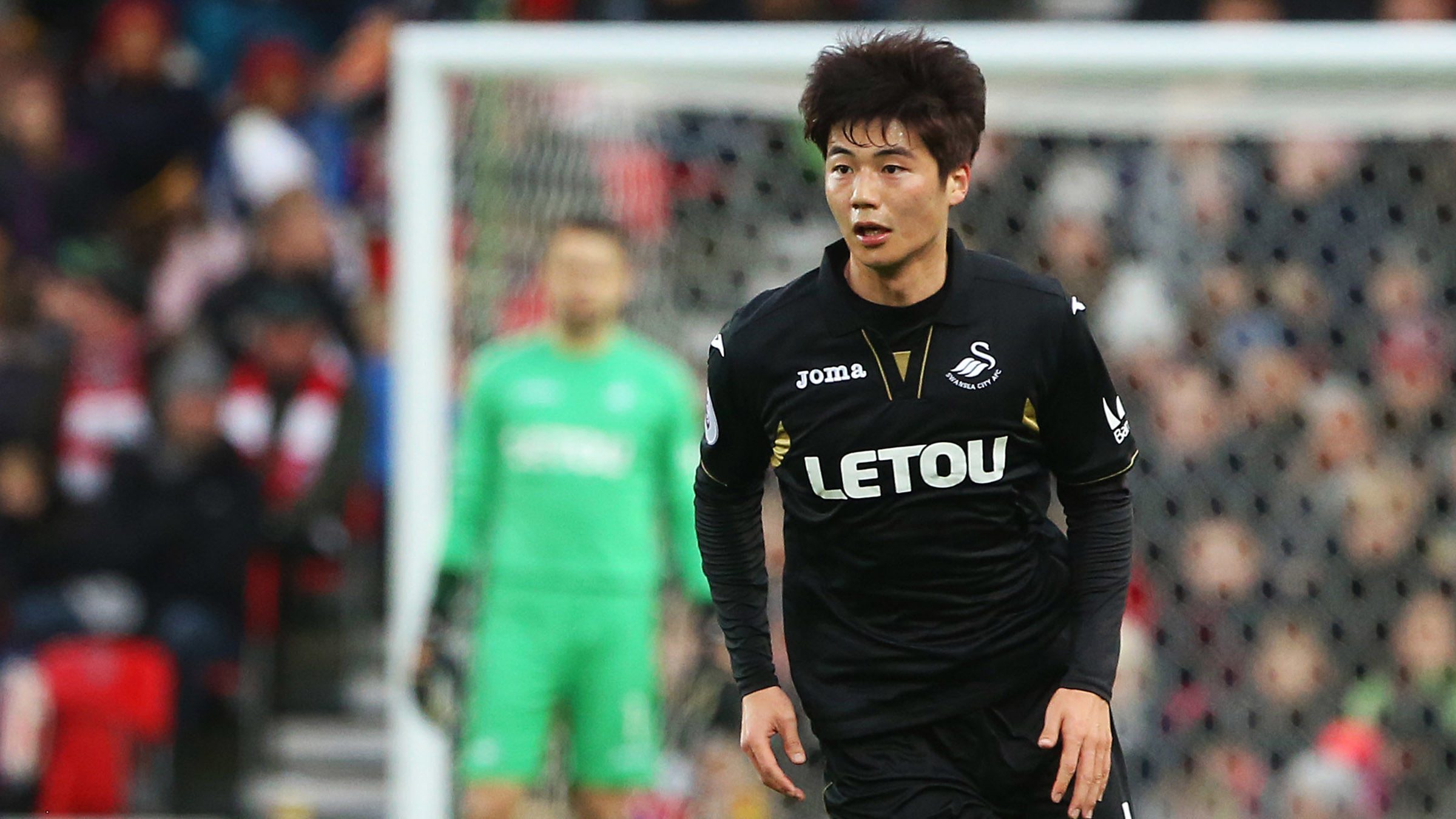 'We have to deliver'

Ki Sung-Yueng admits the pressure is on Swansea City to deliver when they host West Bromwich Albion next weekend.

Paul Clement’s team are licking their wounds after suffering a sixth defeat in their last seven Premier League matches at Stoke City yesterday.

For a while things looked good for the Swans in Staffordshire, but two soft goals meant the visitors left with nothing.

The Swans’ latest loss saw them drop to the bottom of the Premier League table, with just nine points on the board after 15 top-flight games this season.

And Ki acknowledges that there is little margin for error as the Swans look to haul themselves towards the safety line.

“We have to show what we can do on Saturday on the pitch – we have to perform,” the midfielder said.

“There’s no point training well and working hard all week without performing at the weekend because the games are what matter.

“West Brom is a massive game for us. We have to get some more points on the board before Christmas and we will try our best to do that starting next weekend.”

The Swans did at least score for the first time in five league games yesterday.

The goal arrived inside three minutes, with Wilfried Bony finding the target for the first time since returning to SA1 from Manchester City in the summer.

Clement’s men looked comfortable until the 36th minute, when Leroy Fer was dispossessed deep in his own half and Joe Allen fed Xherdan Shaqiri to equalise.

“We were right in the game throughout. After we scored we were controlling the game, but we conceded twice before half-time which was really disappointing,” Ki added.

“In the second half we had some chances but we couldn’t find the net. It was a very disappointing result – we can’t say anything else.

“It’s difficult to say what’s going wrong. If we knew maybe we wouldn’t be at the bottom of the league.

“We just have to keep working. In the first 30 minutes against Stoke we were in control and scored a goal. It was better.

“But after that we made little mistakes which cost us two goals.

“We know that we have to make more chances to score more goals.”