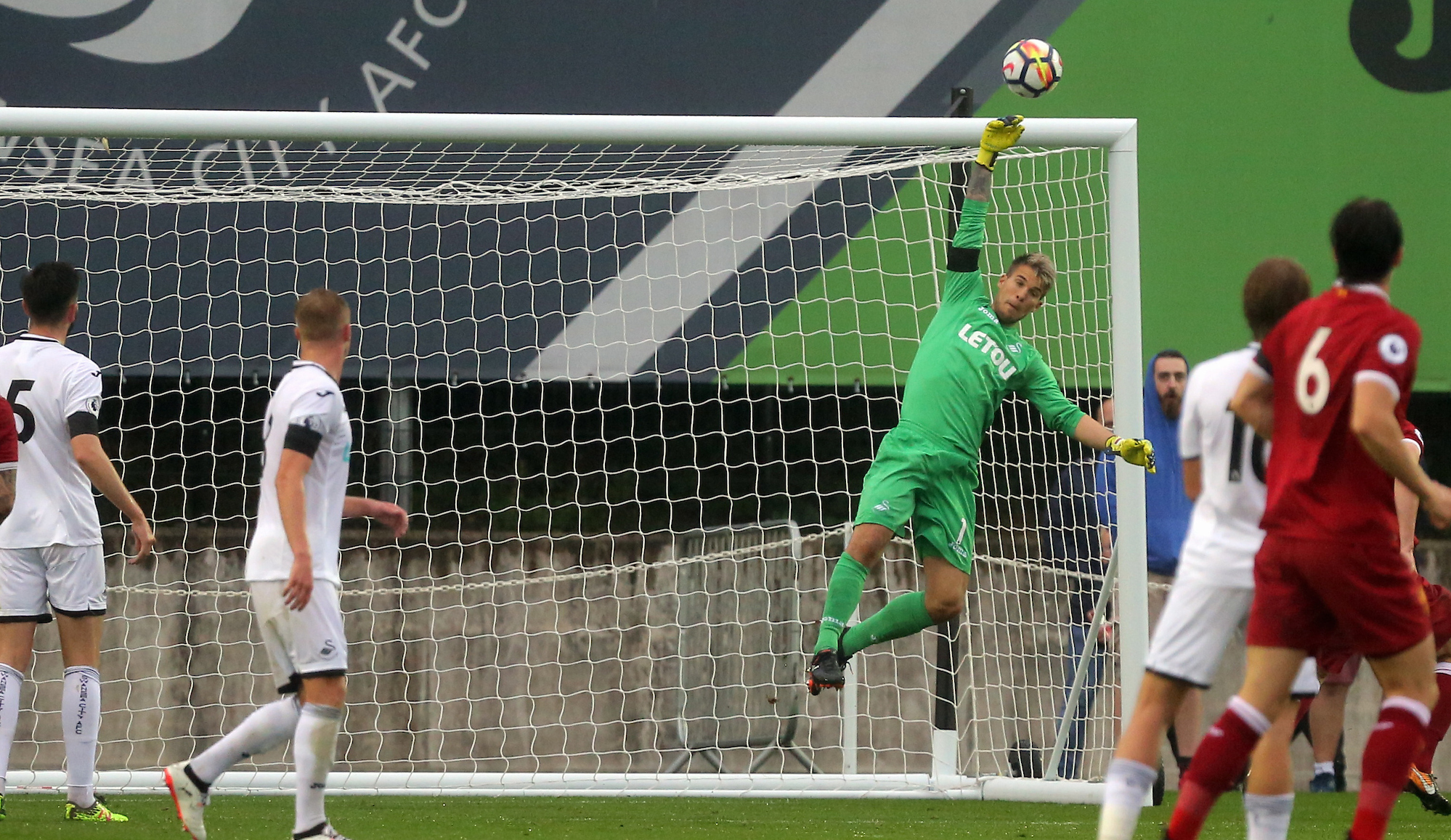 ‘We must prove ourselves’

Gregor Zabret has urged Swansea City Under-23s to keep calm and carry on when they face title-chasing Leicester City in Premier League 2 at Landore this Monday (7pm).

Despite the disappointment, Zabret, who could make his 16th league appearance of the season, believes the Swans have what it takes to come back stronger.

“We want to bounce back and get a result,” the 22-year-old said.

“You are never happy to lose a game, but we have done well in the last few months to adapt to the league and progress.

“As a team, we have to keep pushing forward and get back to winning ways and finish as strongly as possible. How we react to Monday’s defeat could define how we finish the season.

“We need to stay calm and not panic after our loss. All we can do is play our game. We have proved we can compete against some of the best teams in the league, and Monday should be no different.”

The Foxes head into Monday’s game following back-to-back league victories that included a 4-0 win over Liverpool.

That result helped Leicester leapfrog the Reds into top spot as they close in on lifting the Division One title.

“Leicester have shown they are a real force in the league this season,” Zabret continued.

“They will be pushing to win the title, so Monday’s game will be a tough challenge that we must meet in the right way.

“I hope I can bring my experience into the game. I am trying to play as many games as possible to keep improving. These games are helping us develop and I want to make sure we get more wins before the end of the season.”

Swansea City Under-23s face Leicester City at Landore on Monday, March 12 (7pm). Entry for fans is free, but there is no parking at the training facility.

Fans can also watch the game live and free via swanseacity.com.