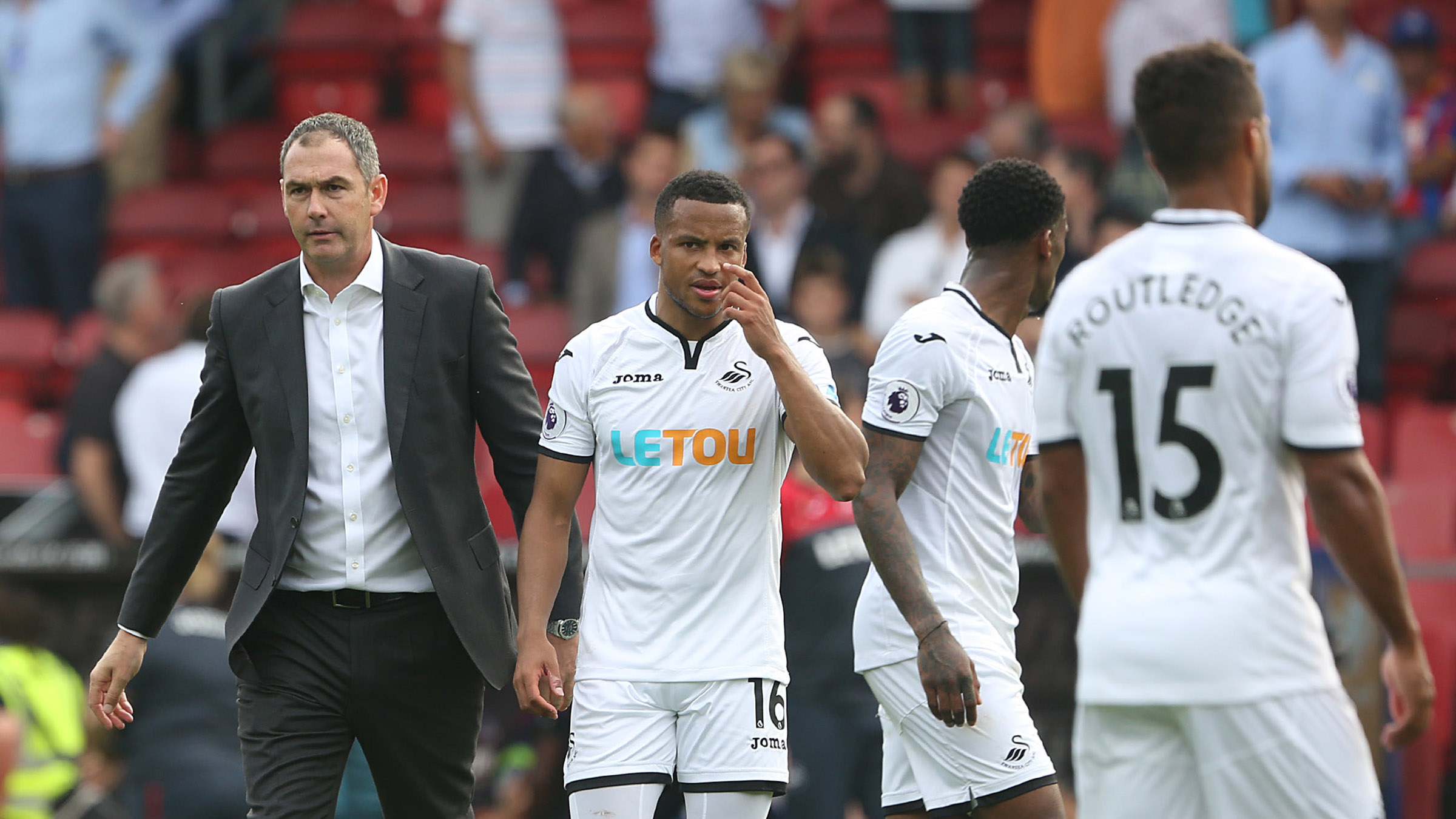 'We've proven we can score goals'

Paul Clement hopes a six-goal tally in two games will help halt the talk of Swansea’s early inability to create and score chances.

Having failed to hit the back of the net in the opening two league games against Southampton and Manchester United, the Swans followed up their midweek four-goal cup victory at MK Dons with a 2-0 win at Crystal Palace.

“There is a lot of scrutiny at this level, so when you go a couple of games without scoring then people start asking questions,’’ admitted Clement.

“I think we have proved in the last two games that we can score goals because six in two is pretty good.

“It’s good that the strikers are scoring and it’s a real positive for us.

“Jordan (Ayew) and Tammy (Abraham) backed up their midweek goals with two in the Premier League today.

“The fact that Tammy is off the mark in the Premier League is good for him. He’s very happy with his contribution today, but he knows he still has a lot to work on in his game.’’

Clement also reserved special praise for new boy Sam Clucas who made his Swans debut after only arriving at the club from Hull four days previous.

“He’s only been here for a few days, but it was a good start for Sam,’’ added Clement.

“He is going to be an important player for this club.’’

As for any additional new signing ahead of Thursday’s transfer deadline, Clement was keeping tight-lipped.

“There’s nothing to report (on transfers). Hopefully we will have some positive news in the coming days on one or two quality players adding to this group.’’

Kris O’Leary has joined the Swansea City first-team coaching staff ahead of the 2022-23 season.

Check out the best images from Swansea City's pre-season friendly against Colchester United at Fairwood.