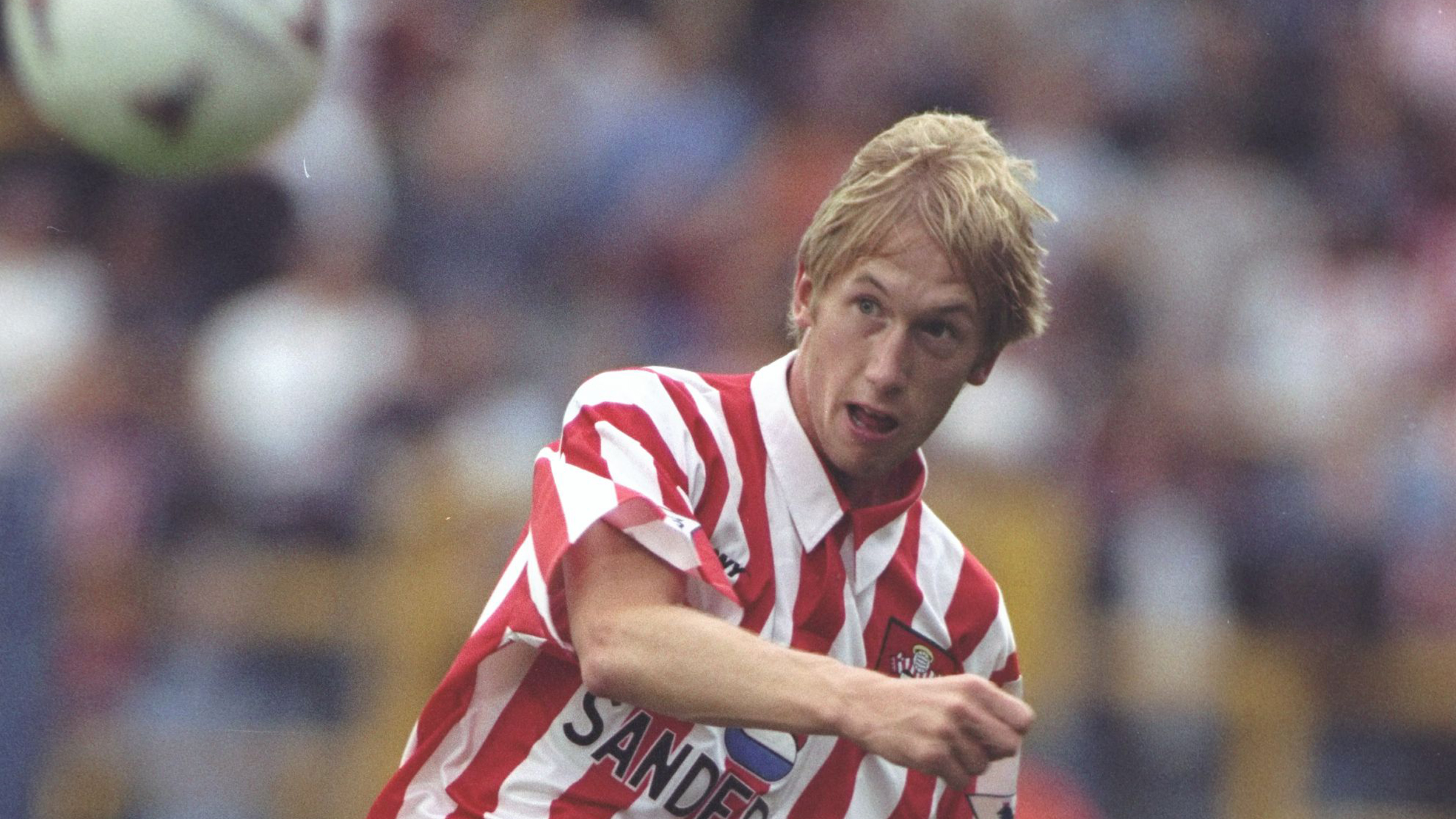 Who is Graham Potter?

Graham Potter has turned heads – and won hearts – having been given a managerial chance in Sweden.

Swansea City hope he will do the same in Wales after giving him an opportunity to prove himself in the English game.

Having enjoyed some remarkable successes as a Brit abroad, Potter is coming home.

He is returning to the Football League, the place where he spent the majority of a playing career in which he represented 11 clubs over 13 years.

Having retired at the age of just 30, Potter completed a social sciences degree which he had started in his playing days – and then a master’s – and cut his coaching teeth at two universities, Hull and Leeds Metropolitan (now Leeds Beckett).

He also worked with the England Universities Squad before Ostersund, the Swedish club who have long had links with the Swans, made him their manager in 2010.

When Potter arrived, Ostersund were a little known fourth-tier outfit playing in front of crowds of around 500.

He said his farewells this week with Ostersund well established in the Allsvenskan, Sweden’s highest division.

Potter led the club he leaves behind to Swedish Cup glory in 2017 – their first ever major trophy – and took them on a sparkling Europa League adventure during which they troubled a number of heavyweight European teams.

It is quite a story.

Born in Solihull in 1975, Potter’s senior football career began down the road at Birmingham City.

A left-sided player who could operate either at full-back on the wing, Potter played 32 first-team games for the Blues, who were in what is now the Championship.

He made a handful of appearances on loan at Wycombe Wanderers before joining Stoke City – another second-tier club – when aged just 18 in December 1993.

Potter thrived in the Potteries, scoring once in 59 games before landing a £250,000 move to the Premier League with Southampton in the summer of 1996.

He was capped at England Under-21 level while at the Saints but, after only eight top-flight appearances, dropped back down to what was then known as the First Division when he signed for West Brom in 1997.

Potter played 47 times for the Baggies, and spent time on loan at Northampton and Reading before joining York City – who were in what is now League Two at the time – in June 2000.

He played more than 130 games for the Minstermen before moving on to Boston United, another fourth-tier side, in 2003.

At Boston, Potter was a team-mate of Graeme Jones, who would go on to be Roberto Martinez’s long-serving assistant boss.

They struck up a friendship which would influence Potter’s career a little further down the line.

After a brief loan spell at Shrewsbury, Potter finished his playing career at League Two level with Macclesfield Town, where he featured on more than 60 occasions – and scored eight goals – before hanging up his boots in 2005.

There began his stint in higher education, with Potter gaining a master’s while working as football development manager in Hull and then Leeds.

Thanks to his connection with Jones, Potter spent some time in Swansea during Martinez’s Liberty reign.

Few could have predicted then that he would be back as Swans manager a decade or so later.

That he is here is thanks in part to the Swans’ connection with Ostersund, which began during Martinez’s time in charge in SA1.

Following a recommendation from Jones, a friend of Ostersund chairman Daniel Kindberg, Potter was made the Swedes’ new boss on a three-year deal.

He upped sticks with his young family to a remote corner of Sweden which was known chiefly for winter sports, and set about putting Ostersund on football’s map.

Five years later, Ostersund had sealed their place in their country’s top division courtesy of a third promotion under Potter.

The successes did not stop there.

Potter’s team have thrived as they have competed with Swedish heavyweights such as AIK, Malmo and Gothenburg.

Their efforts in the Europa League were extraordinary.

Galatasaray were beaten over two legs in the qualifying rounds. Hertha Berlin were humbled in the group stage, from which Ostersund qualified alongside Athletic Bilbao having drawn with the Spanish club.

Arsenal were the opponents in the round of 32 earlier this year, and Ostersund were beaten 3-0 in the first leg at their 9,000-capacity home.

Yet there was a mighty scare for the Gunners in the return fixture, with Potter’s team going 2-0 up before Arsenal pulled a goal back.

Ostersund won at the Emirates – no mean feat – but lost the tie 4-2 on aggregate.

Despite Ostersund’s exit from the competition, this was another feather in the cap for Potter and his players.

Their remarkable feats have been achieved despite the fact Potter has worked with a succession of little-known players who have oten been deemed not good enough elsewhere.

English pair Jamie Hopcutt and Curtis Edwards, for instance, were released by English non-league clubs earlier in their careers.

Both were stars of Ostersund’s run in Europe.

Off the pitch, meantime, the club have become known for doing things very differently.

Potter’s players, plus Ostersund’s staff, have put on stage performances for the people of their town, whether it be singing, dancing or even ballet.

Unusual it may be, but then so has been the progress made by Potter’s team.

The Swans hope Potter’s success story will continue in SA1.