Swansea City fans can win a signed shirt by helping us pick the club’s Westacres Goal of the Month for February.

The Swans scored some memorable goals over the course of the month, as they picked up some fine wins at home and away.

The first nomination for January comes in the form of Michael Obafemi’s header against Blackburn, with the forward showing superb movement to get away from his marker and meet Jamie Paterson’s pinpoint cross.

Option two is a fine finish from Joel Piroe, who sealed the home win over Bristol City by nutmegging a defender and advancing to fire home with aplomb.

The third goal on the shortlist is another of the Dutchman’s efforts, as he set the Swans on the way to victory at West Brom by sweeping home after a magnificent run from Olivier Ntcham.

The fourth and final option is Cyrus Christie’s clinching effort from the win at The Hawthorns, with the wing-back firing the ball home after good work by Hannes Wolf and Korey Smith.

You can click the play icon to view the shortlisted goals again before voting. 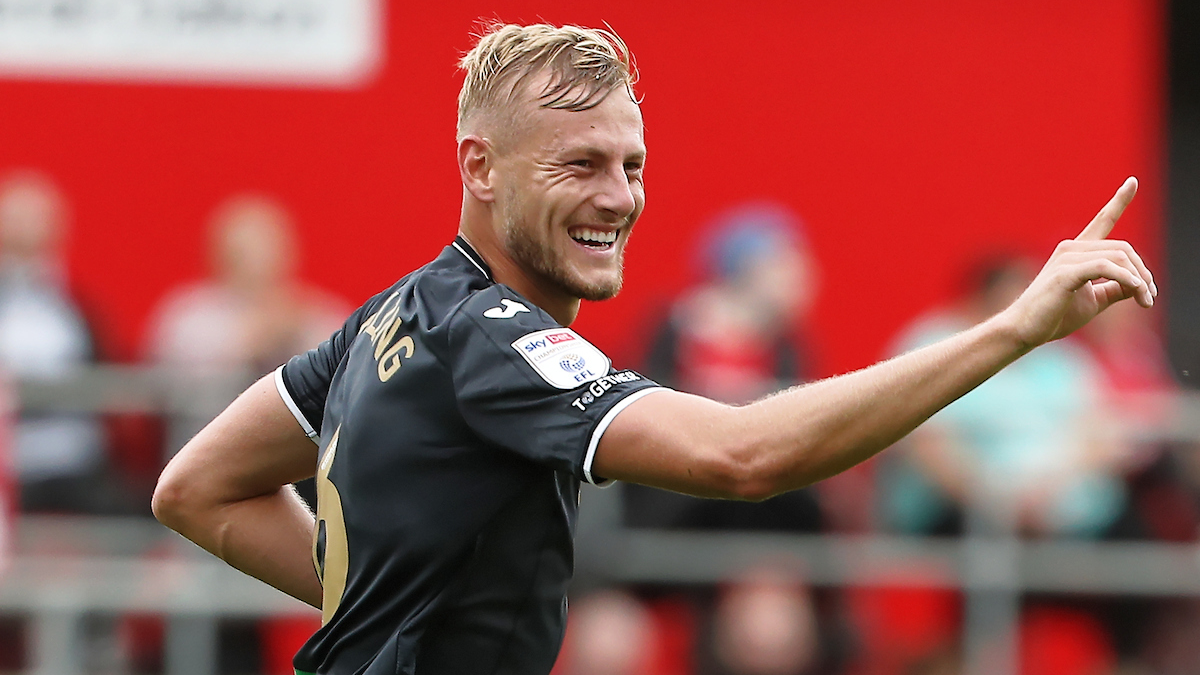 Harry Darling’s wonder strike on his Swansea City debut has come out on top in the club’s Westacres Goal of the Month vote.