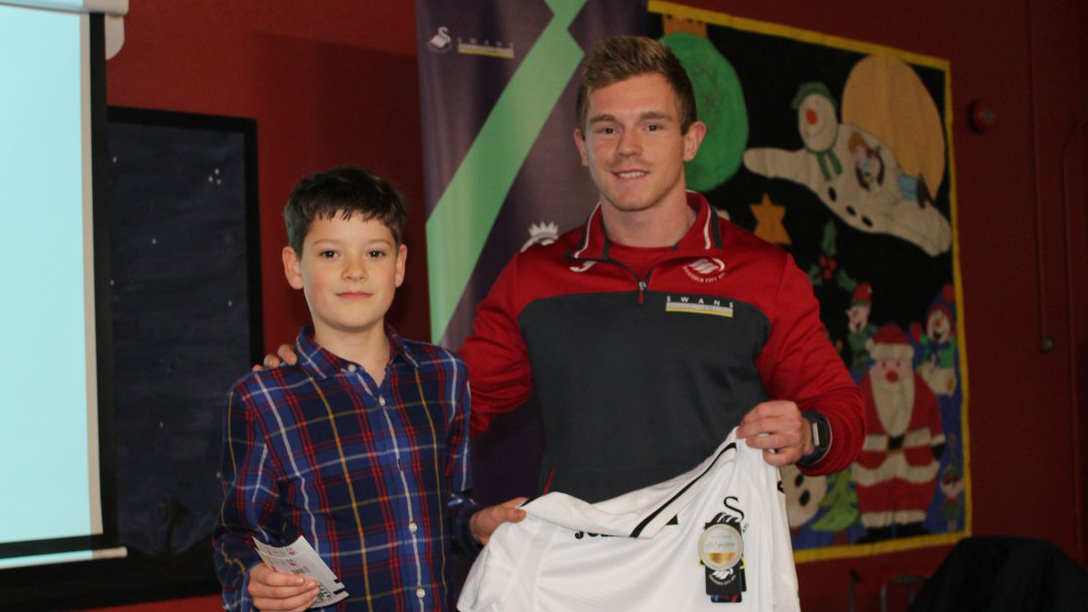 Writing stars is back

The competition offers primary school children the opportunity to get creative and design poems based on this year’s theme of diversity.

The Premier League teamed up with poet Joseph Coelho to inspire our young writing stars. You can see a number of stars reading his poem in the video attached to this story.

After a difficult judging process, Chaska Manley (pictured above), a year five pupil from Blaenhonddan Primary School, Neath, picked up the top prize of a Swansea City jersey, signed by Tom Carroll, and two tickets to his first ever football match.

Since winning last year’s competition, Chaska’s attachment to football has only became stronger.

Chaska started to attend after school football sessions, where his confidence really developed and has resulted in him joining his local football team, Bryncoch FC.

This year our Primary Stars Programme has teamed up with EG Lewis Group, who will further enhance the prizes we offer our winners. EG Lewis Group are a local company who offer a full range of industrial services across South Wales.

Through their membership of the Swans’ City Business Network, EG Lewis Group are providing several fantastic prizes, including a Swans shirt signed by this year’s first team and four tickets to a Swans home game.

Also, the winning poem will be displayed in the LT10 lounge when the Swans take on Aston Villa on Boxing Day.

Poems will be judged on the correct use of vocabulary, tone, figurative speech, effect, appeal, and originality, while sticking closely to the theme of diversity.

Additional support and resources can be found at:

Welsh language versions of these packs are also available below:

To get your school involved in Primary Stars or to find out more information, contact our Primary Lead – curtisgrant@scfccommunitytrust.co.uk