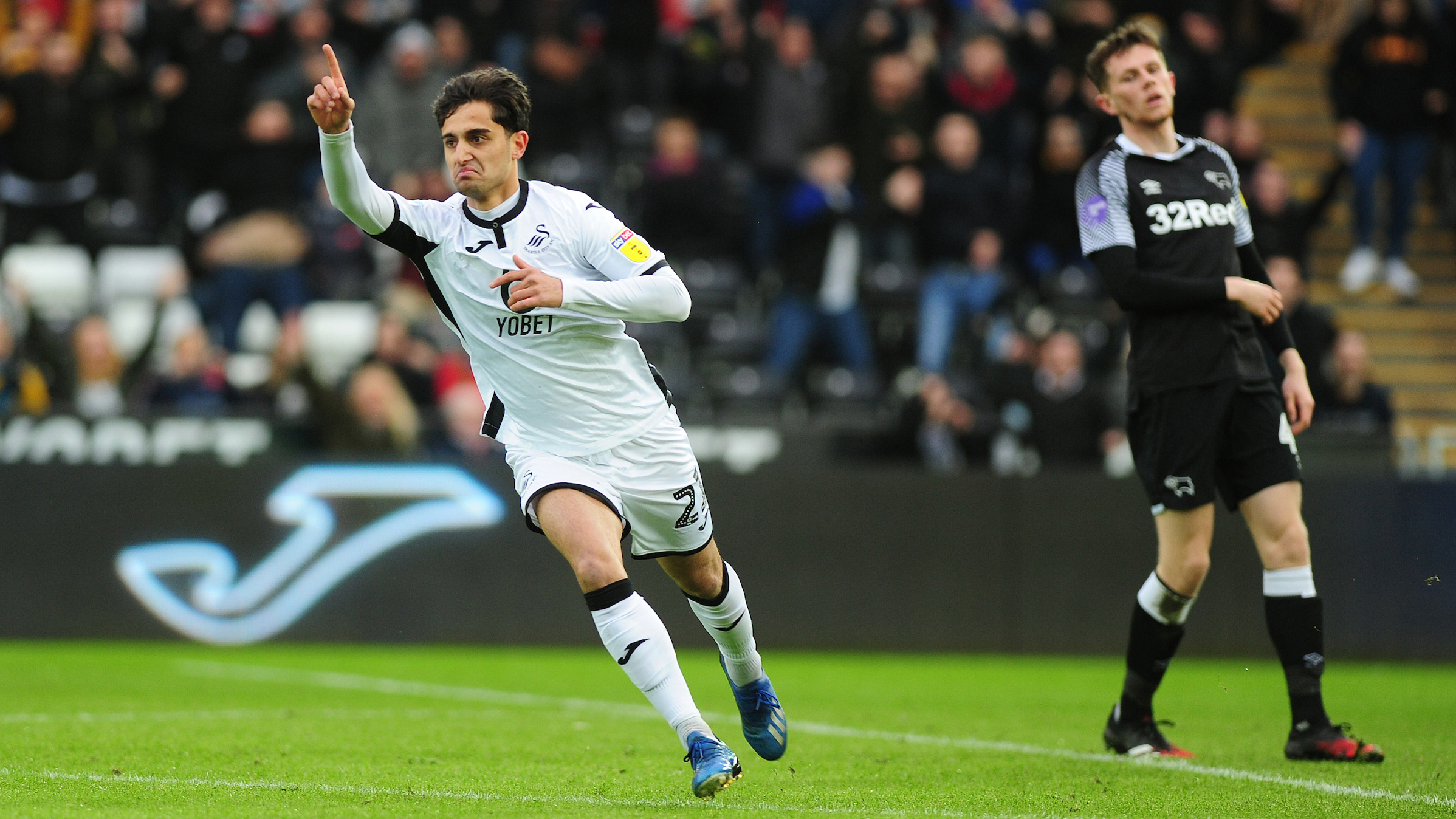 Yan Dhanda | I have to make the most of my opportunities

Yan Dhanda wants to keep making the most of his opportunities after netting his second goal of 2020 in Swansea City’s defeat to Derby.

The 21-year-old midfielder helped the Swans overturn a one-goal deficit against the Rams, driving forward and unleashing a perfectly-placed shot into the bottom corner to level matters at the Liberty Stadium.

A couple of minutes later and Kyle Naughton had put the hosts ahead, but they would eventually end up on the wrong end of a 3-2 scoreline.

And, while Dhanda would much have preferred his third goal of the season to come alongside three points, he hopes his bright start to the new year means more chances will come his way.

“Like I said before, I have to take my chances when they come and I can only do what is in my control,” said the former Liverpool playmaker.

“Dribbling with the ball and taking shots are things that I would say I am good at and enjoy doing. When I get the opportunity I try to do it as much as possible.

“When I get my chances, I just have to play like I know I can play and do what’s in my control and then the rest is up to the gaffer.

“For me, I just give my best and enjoy myself when I am on the pitch and that is what I have been doing.”

Following their weekend disappointment, the Swans are quickly back in action against QPR on Tuesday night.

And Dhanda says he and his team-mates simply have to get back to winning ways.

“The games are coming thick and fast now so we have a chance to try and make amends and get over the disappointment on Tuesday,” he said.

“We have to improve on the performance against Derby and get the three points, there’s no two ways about it.

“I thought we were the better team when we came out in the second half and we looked confident when we went 2-1 up.

“Unfortunately, we let it slip and let in two soft goals which we should have stopped so I’m quite disappointed.”