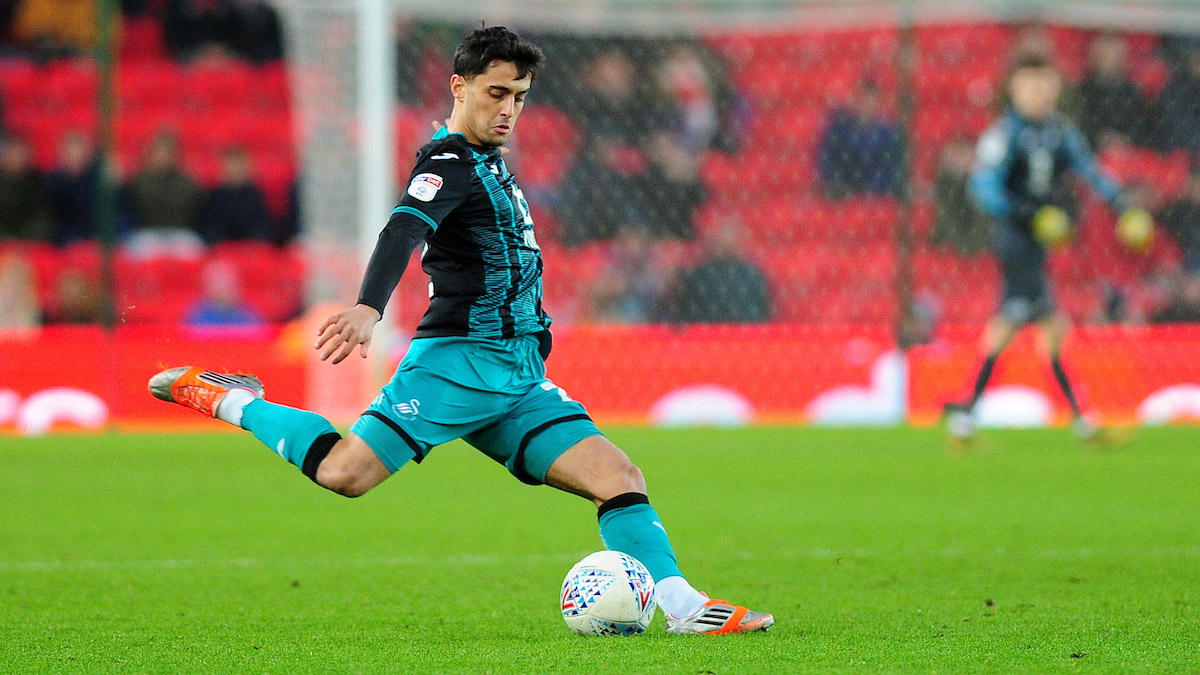 Yan Dhanda | One to Eleven

In a new website feature we are inviting Swansea City players past and present to turn their hand to management and pick a team made up of those they have played with and against during their careers.

Today, it is Yan Dhanda’s turn.

I think goalkeeper would have to be Freddie because of everything he has done this season. You look at the number of penalty saves he has made, and he has kept us in games at times. It’s been good for him to come on loan and settle in so well.

It would have to be Trent here, I went to school with him and I played a lot of my academy football at Liverpool with him. It’s a no-brainer really, he has won the Champions League. He has to be the right back. You look at his assists record and it’s really not normal for someone playing that position.

It has to be Joe, without doubt. He has been unbelievable and everyone at the club would say the same. He is going to go on to do amazing things I am sure, because he has already made such an impact and played so well for us.

I played with George at Liverpool and he is at Feyenoord now. He is very similar to Joe, he is very good on the ball and is a real competitor and winner. He and Joe like putting their bodies on the line and making big tackles for their team. That’s what you want from your centre-backs.

I know it is not his natural position, but he has played there quite a bit for us and I am going to go for Kyle. He is one of the best players I have played with.

He makes it look easy, he plays at his own pace. Technically and defensively, he is one of the best I have seen. He would be my captain for this side, too.

He was another who was at Liverpool and with me for England. He has had loan spells with Doncaster and Hull, he was in the League One team of the year. He is a close mate, he enjoys doing the dirty work and would feed me the ball in the pocket, which is great for me.

It’s similar with Jay, he is one of my favourite players to play with. He wins the ball and lays it off, he looks for people in space. I think he and Herbie would complement each other well; Jay is a particularly good communicator too.

I played with Marcus for England, he was at Tottenham and then he made the move to Portugal with Guimaraes. He is a lovely dribbler, and has a lovely left foot. It would have to be him.

It has to be Bersant, he is one of my best mates and he is one of the best players I have played with in terms of talent.

He is quite similar to me, he likes trying to think outside the box and make things happen. He is not boring! He can score goals, he can shoot from distance and create things. He is such a good player.

Harry has got the best left foot I have seen, he smashed it on loan at Derby and is doing well at Bournemouth in the Premier League.

He can score goals and assist them, and he has made a real impact playing for Wales too.

This is a really difficult one, because there are three I could pick. They are Rhian Brewster, Oli McBurnie and Danny Ings.

Rhian and I have grown up together and we have a good connection.

With Oli, he can win you a game on his own with his finishing, while Danny Ings helped me so much at Liverpool with his advice, and he got me a few assists I probably shouldn’t have done due to his finishing.

It’s so tough to decide, but I would probably go with Rhian because of the amount of time we have played together and the connection we have.

I think that’s quite a young team, all in all, it would be fun to play together.