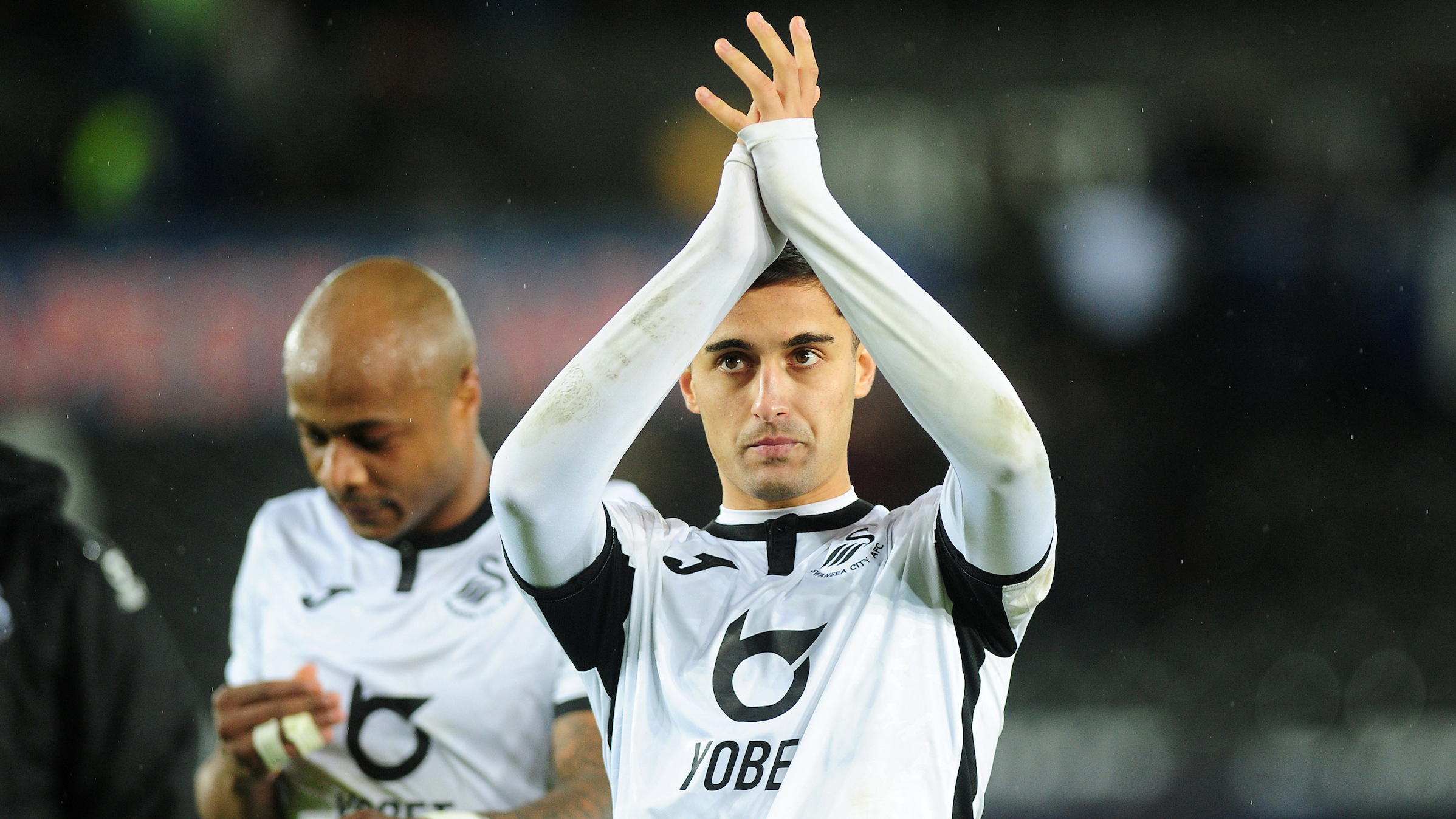 Yan Dhanda out to build on ideal start to 2020

Yan Dhanda wants Swansea City to build on their excellent start to 2020 after revealing they had set themselves the target of getting themselves back in the play-off places.

The Swans enjoyed a successful festive period, suffering just one defeat in six games, and their win over Charlton saw them move back into the top six.

Dhanda proved to be the matchwinner against the Addicks, curling home his third Swansea goal in the 14th minute at the Liberty Stadium.

It capped a fine few weeks for the midfielder, who recently penned a new contract through to 2022.

And, having got themselves back into the play-off spots, Dhanda wants Steve Cooper’s team to try and make sure they stay there.

“We played good football and I think the fans just want to see us getting the three points, so hopefully the fans are happy with the win,” he said.

“We started the New Year exactly how we wanted to and are in a play-off position.

“We had a little goal ourselves to get in the play offs and we’re there now, so now it is just a matter of staying there and winning at home as much as possible.

“It’s been a good spell for me. I was buzzing to sign a new contract and I’m just looking forward now and excited to see what happens in 2020.

“Hopefully I can build on the goal today and I’m excited to see what the year brings for me.”

Attention now turns to the FA Cup, with the Swans facing QPR in the third round on Sunday.

And, having reached the quarter-finals in each of the last two seasons, Dhanda has his eye on another cup run.

“We can only be positive and look forward to the FA Cup on Sunday. Hopefully we will get the win there and move on to the next round,” he added.

“We know the threat QPR can bring, especially after their 6-1 win at the weekend but everyone is confident going into the game.

“If we play like we did against Charlton, particularly the first half, then I think we can beat anyone.”