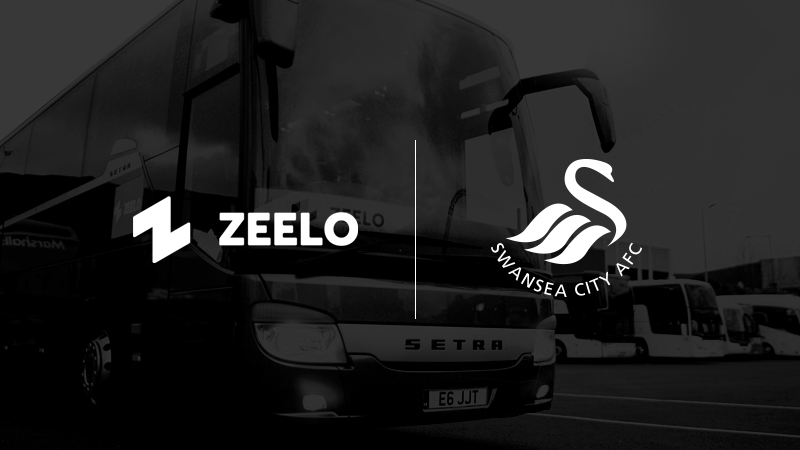 Swansea City’s new partnership with on-demand coach provider Zeelo has been voted a huge success after the service kicked off against West Ham last weekend.

Zeelo is providing Swans fans with a new innovative way to travel to and from the Liberty Stadium on a matchday.

And after the four initial routes received the thumbs up from supporters against the Hammers, the service will continue for the FA Cup tie against Spurs on Saturday, March 17 (12.15pm).

To launch the new travel option, Zeelo are offering supporters who didn’t use the service against West Ham the chance to travel to the game for FREE with the use of a special promo code SWANS.

For those who will be making their second trip against Spurs, they can still get a 50 per cent discount by using the promo code SWANS50.

Swans fans will be able to travel together from 13 locations across South West Wales with the aim of making the matchday experience more enjoyable for the Jack Army.

Zeelo coaches will be in operation from the likes of Llanelli, Aberdare, Neath and Mumbles with passengers getting fast entry and exit before and after the game.

Zeelo uses leading technology to understand where there are large numbers of fans who have a difficult journey to each home game. They then serve this demand with executive coaches for a quick and seamless journey right to the stadium.

The following routes will continue to be in operation for the FA Cup game against Spurs.

A Swans spokesperson said: “It’s great that we can now offer this service to our fans. We are constantly looking to improve the transport issues on a matchday and this service from Zeelo is the first step towards that goal.

“Fans can enjoy a matchday with a drink or two and get to and from the game quickly and stress free.

“We were delighted with the feedback we received from those using the service against West Ham. Two of the routes actually sold out, which highlights the need and benefits of such a service.”

Barney Williams, co-founder of Zeelo, said: “We want to get as many fans as possible to the stadium every time Swansea play. This partnership allows us to provide a stress-free way to get to the game which is tailored for the fans.”

All tickets must be purchased online at https://zeelo.co/t/swansea-city and the promo code SWANS entered at time of purchase to claim the free journey and SWANS50 for those making their second trip for the 50 per cent discount.

Return tickets will be sent directly to your mobile and are available from as little as £8 return for adults and just £4.50 for children and concessions

For more details, including ticket prices and pick up times, please visit https://zeelo.co/t/swansea-city