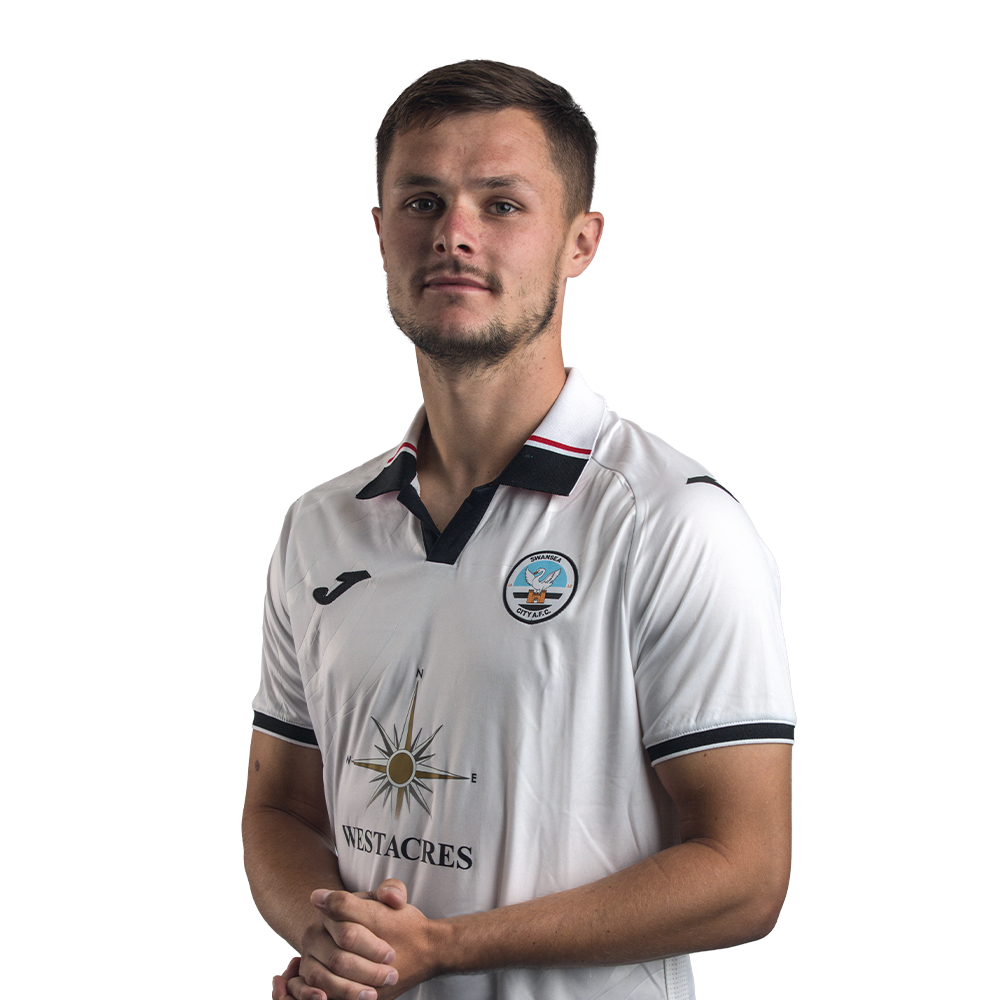 Liam Cullen has been a part of the Swansea City Academy since he was eight years old.

The forward scored 10 goals for the development side during the 2018-19 season - putting him joint-second on the Premier League 2 Division One charts.

Cullen, who was just 13 when he made his debut for the under-18s, also made his first-team bow against Crystal Palace in the Carabao Cup in August 2018.

The young striker stepped up to the senior environment on a full-time basis in early 2020 following a blistering start to the 2019-20 campaign with the under-23s.

Tenby-born Cullen netted 17 times in 21 appearances for the development side, including a hat-trick against Middlesbrough and all four goals in a thumping victory over Everton in the Premier League International Cup.

He made six first-team appearances during the 2019-20 season, scoring his first senior goal in the dramatic final-day win at Reading, as the Swans reached the play-offs.

He struck three times in 17 games the following season, which was disrupted by an ankle injury, as the Swans reached the play-off final.

The Wales Under-21 international’s efforts were rewarded in January 2021 with a new contract that will keep him at the club until the summer of 2024, with the option of an additional year.

The promising Welsh youngster got himself noticed within the football league, and signed a loan deal for the remainder of the 2021/22 campaign with Lincoln City in League One where linked up with Swans teammate Morgan Whittaker, who was also on loan with the Imps.