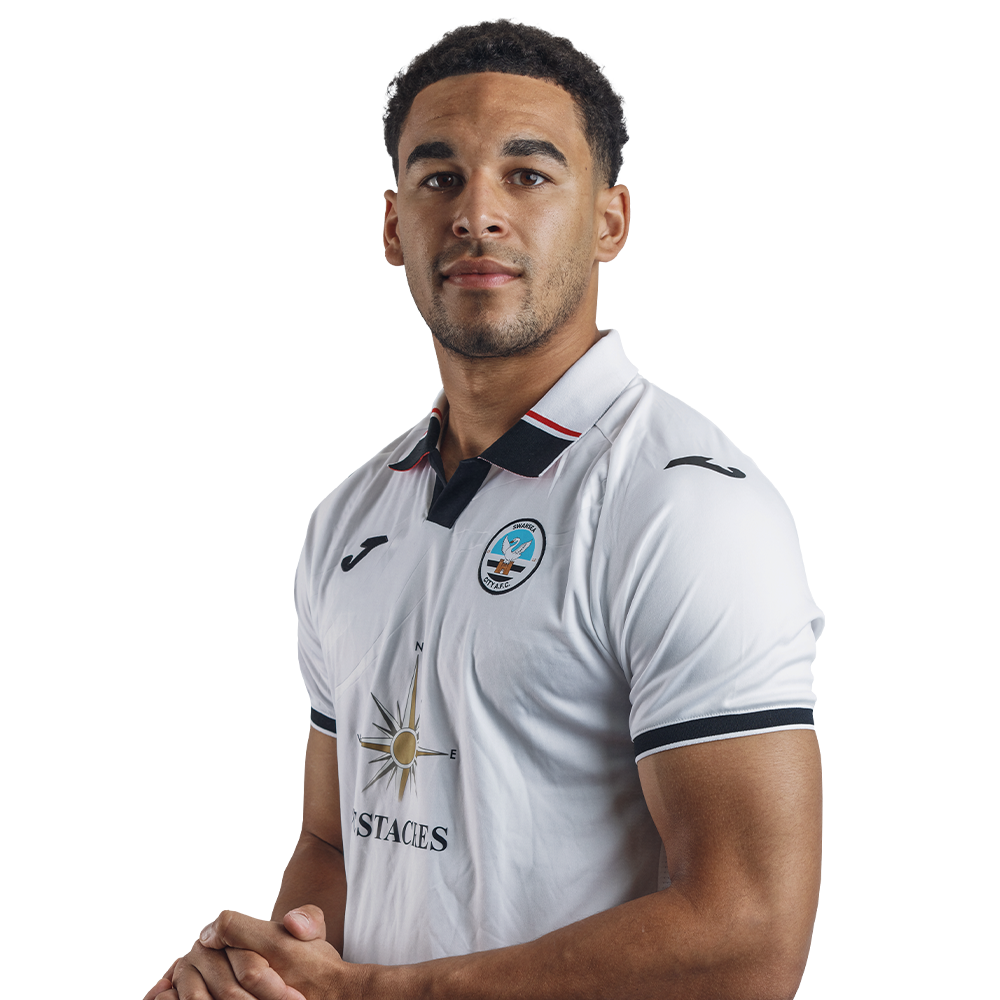 Wales international Ben Cabango has been with Swansea since the age of 14.

The Cardiff-born defender has gradually worked his way through the youth ranks – captaining the Swans at every youth level he has played.

Cabango spent the first half of the 2018-19 season on loan at JD Cymru Premier side TNS, making 25 appearances, while he also scored against Shkendija of Macedonia in a Champions League qualifier.

He returned to play 12 times for the Swans’ development side in the second half of the campaign, scoring twice.

Cabango made his first-team debut in the Carabao Cup victory over Northampton Town in August 2019 and went on to make a further 25 appearances during the season, scoring his first senior goal for the club in July's win at Birmingham.

He won his first senior cap for Wales against Finland in September 2020, and has gone from strength to strength since then.

Cabango made 35 appearances in all competitions in 2020-21, scoring four times, as the Swans reached the Championship play-offs. His form saw him selected for Wales' Euro 2020 squad, though he didn't get to feature as Rob Page's side reached the knockout stages.

He signed a new contract in March 2021 that ties him to the Swans until the summer of 2025.

Cabango was a first team regular in the 2021-22 season making 40 appearances while 3-3 draw with AFC Bournemouth on April 26 2022 marked the defender's 100th outing in Swans colours. He scored twice in that season with goals against Reading (Carabao Cup) and Cardiff City.