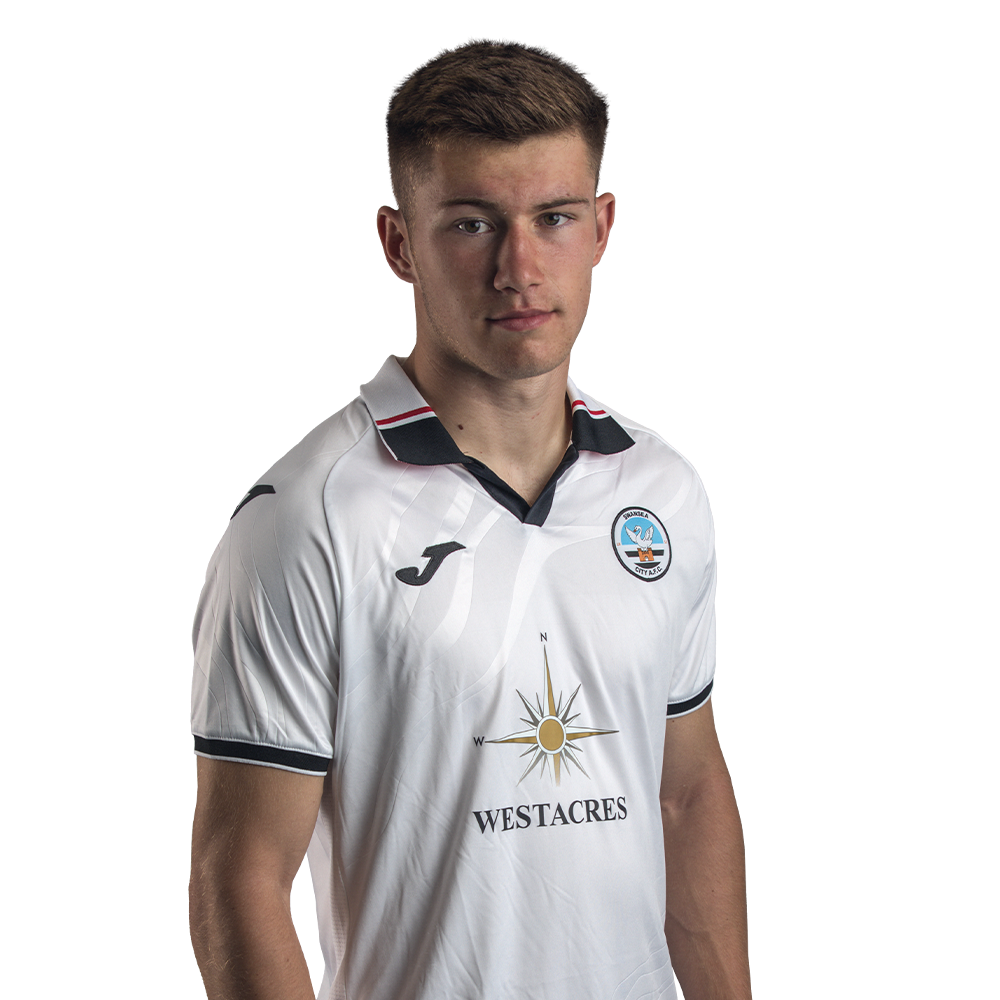 Cameron Congreve joined Swansea City at pre-academy under-nine level and is a lifelong fan of the club.

The 18-year-old signed his first professional deal at the club in November, and came off the bench to make his senior debut on December 3.

He subsequently made sub appearances against Cardiff City and Barnsley before making his first senior start away at Nottingham Forest in April.

Seven days later, he made his second start in the final match of the 2021-22 season.

Congreve began the 2021-22 season playing a limited number of minutes for the under-18s, having to build up his fitness following on from an illness that had affected him over parts of pre-season.

The midfielder has recovered strongly, first playing regularly for the under-18s before becoming a regular within the under-23s set up ahead of involvement with the first-team.

He signed a first professional contract with the Swans in March 2022, and penned an improved extension a few months later in July.