Swansea City suffered more late heartbreak as Reda Khadra struck a winner with almost the last kick of the game to hand Sheffield United victory at the Swansea.com Stadium.

The Swans appealed in vain for a foul as Kyle Naughton and Rhian Brewster tangled in the final minute of stoppage time, but referee Darren Bond played on and the Blades forward teed up his team-mate to finish.

It was such a harsh outcome for the Swans. Aside from an early save, keeper Steven Benda was a spectator for long spells of the contest and the hosts created a number of clear opportunities.

Joel Piroe went close on a trio of occasions, while Ryan Manning and Ollie Cooper were also so nearly on target.

There was plenty for the home side to take from a performance which saw them go toe to toe with a United side tipped by many for promotion and with a squad littered with players with Premier League experience.

But the manner of the late goal will be a bitter pill to swallow as the visitors claimed a first win in SA1 since 1958.

The Swans had shown one change from the win over Queens Park Rangers as Jay Fulton came in for Jamie Paterson, who dropped to the bench.

After an impeccably observed minute’s silence in memory of Her late Majesty Queen Elizabeth II there was an energetic opening to proceedings.

Piroe got in behind the Blades defence from a good ball into the channel before Rhys Norrington-Davies’ header was held by Steven Benda at the far post.

The visitors opened with the confidence you would expect of a side sitting top of the league and unbeaten in seven Championship games, and they peppered the Swansea box during the early going.

Piroe then nearly gave the Swans the lead after lovely build up involving Cooper and Fulton, who found the Dutchman in a yard of space.

He beat his man but fired straight at Foderingham before Fulton fired wide after more fine work by Cooper and Piroe.

Cabango had another header from a set-piece cleared off the line as the half-hour mark approached and there was no doubt the intensity of Swansea’s work off the ball was causing the league leaders some discomfort.

At the other end Nathan Wood made an excellent block to deny Iliman Ndiaye after a corner had fallen to the forward’s feet at the far post as the half ended goalless.

The Swans were on the front foot soon after the resumption, Piroe so nearly finding Joe Allen after a surging run from Manning, before Matty Sorinola could not turn in a deflected strike at the far post.

Matt Grimes had a ferocious shot blocked as the home side pressed again before the Blades had a spell of pressure of their own which ended with Baldock firing well over.

Piroe fired wider from an excellent pass by Cabango on the hour seconds before Sander Berge was left with his head in his hands as he sent Norrington-Davies’ pinpoint centre over the bar from just outside the six-yard box.

Swansea then blew the best chance yet. Foderingham’s clearance stuck his own defender and fell to Cooper. He tried to play in Piroe rather than shoot, and the cover was able to get back and deny the forward a clear shot at goal.

Martin summoned Paterson and Olivier Ntcham from the bench just moments later, with Cooper and Fulton making way, while the visitors brought on Brewster and James McAtee.

Swansea came again but a concerted spell around the United area ended with a Grimes cross being too close to Foderingham.

Brewster headed a gilt-edged chance wide as time began to tick down, but he would be involved again in the dramatic and controversial final passage of play. 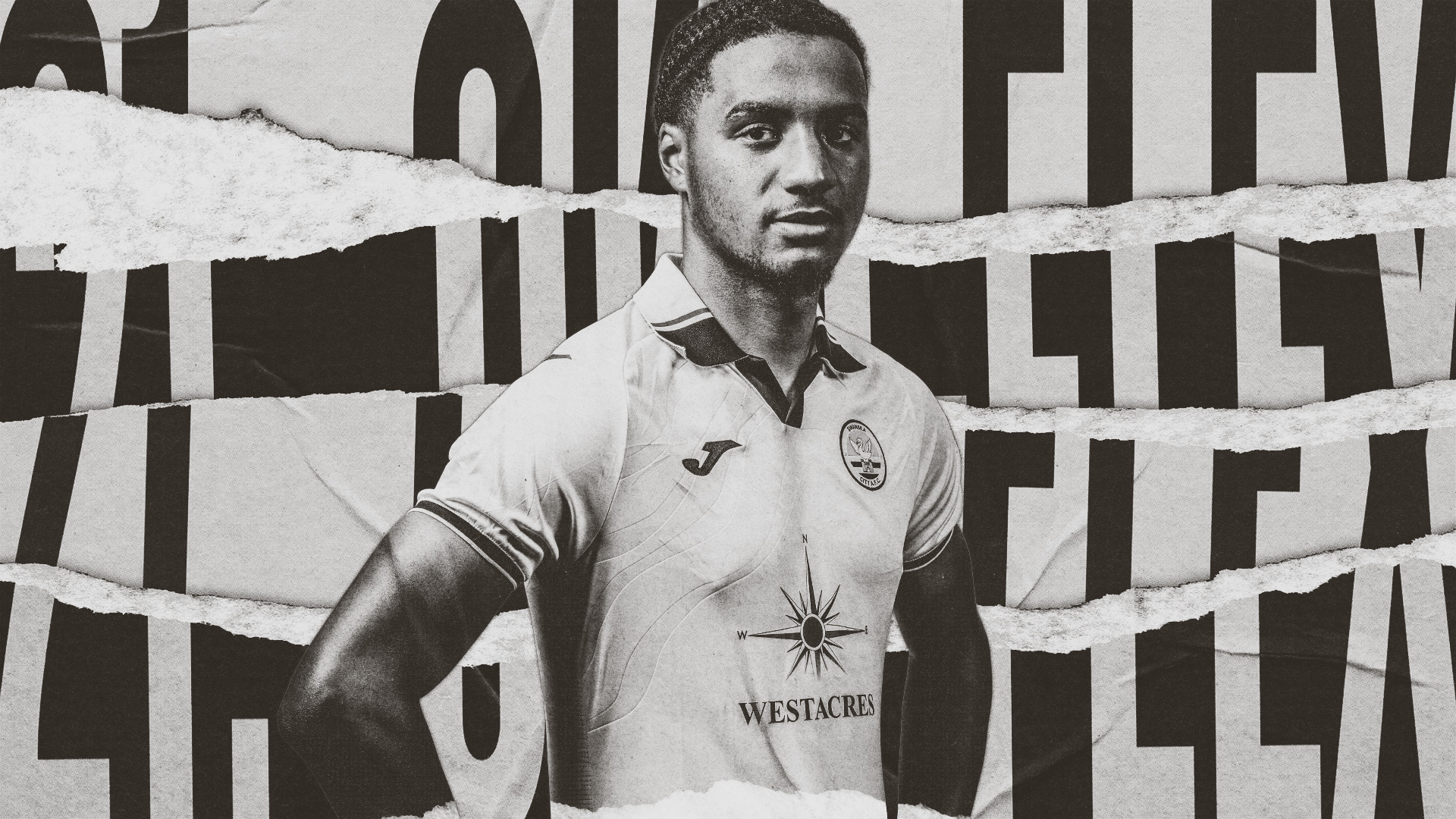 The fifth version of the new, updated publication includes an in-depth interview with new signing Armstrong Oko-Flex, a look back at cult hero Mel Nurse's huge impact on Swansea City, plus all the highlights from our recent action

We also get the latest from our academy and Ladies sides, with the latter having enjoyed a historic start to their new league season.

If you want to look into our opponents then check out the info on Sheffield United's key men, and their boss Paul Heckingbottom.