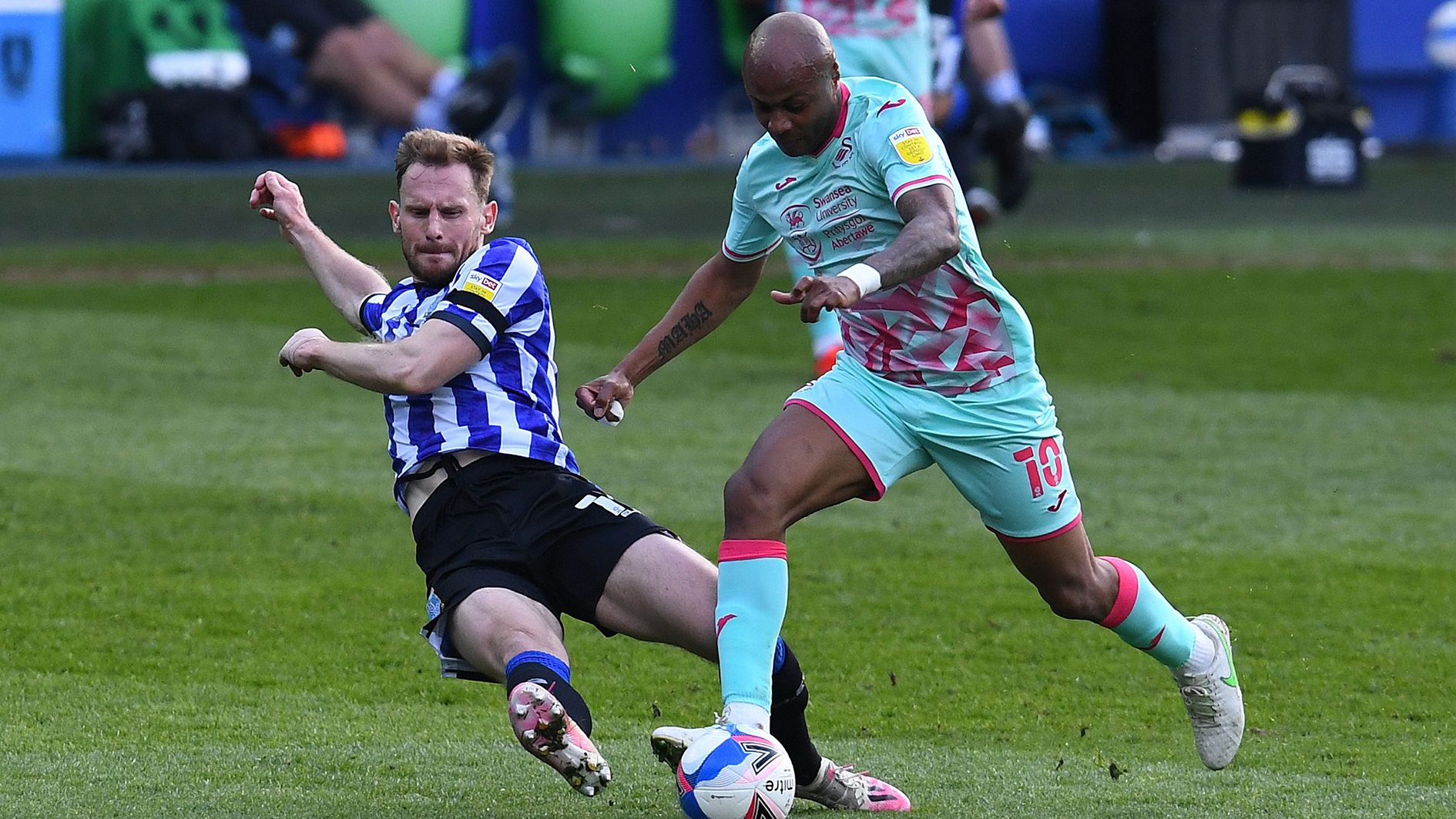 Andre Ayew to return against Derby if unavailable for Reading

Steve Cooper says Andre Ayew will definitely be available for Swansea City’s game against Derby, although he is a doubt for this weekend’s clash with Reading.

The Ghanaian, Swansea’s top scorer with 15 goals this season, missed the midweek defeat to QPR after being forced off in the early stages of the draw against Wycombe with a hamstring problem.

A final decision has yet to be made on whether he can return against the Royals as the Swans look to seal a play-off spot, but head coach Cooper is confident Ayew will be fit to face the Rams if he does miss out in Berkshire.

“But if he does miss out this weekend, it will be the last game he misses as he should be ready for Derby.

“As I said, we feared it would be worse than it actually is, but this game has probably come too soon.

“We will wait and see, but we won’t take any risks with him that’s for sure. We don’t want to have him miss any more games.

“We are working hard to get him fit as soon as possible."

The Swans boss confirmed there are no new injury concerns on the back of the midweek fixture.

Russell Martin has confirmed Morgan Whittaker is in Swansea City’s squad for the weekend meeting with Queens Park Rangers at Loftus Road.

Harry Darling returns to the Swansea City starting line-up as Russell Martin makes one change to his side for this afternoon’s meeting with Sunderland.