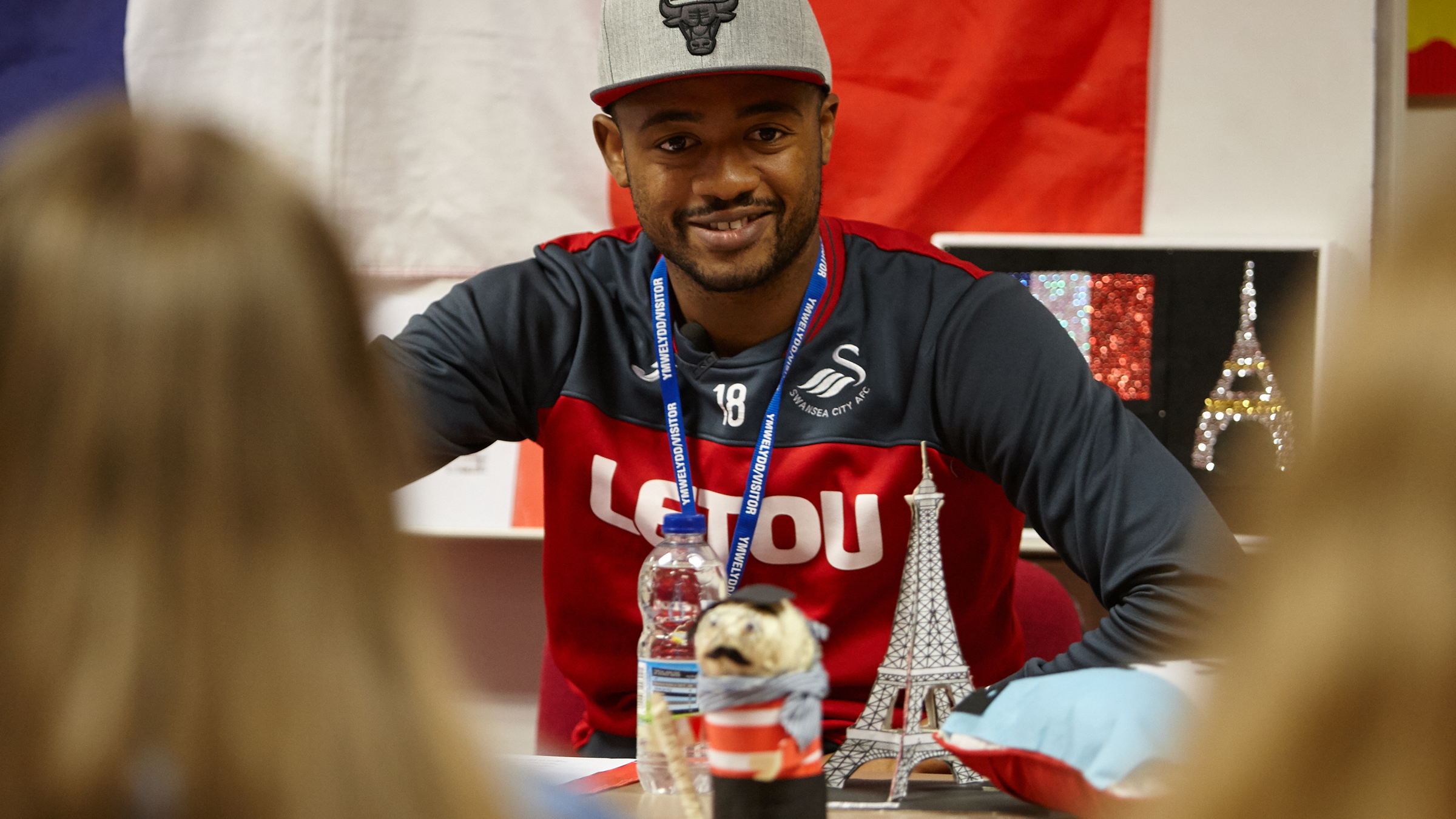 Jordan Ayew was back in the classroom helping promote the importance of learning languages at Cwmtawe Community School.

“The event was organised to broaden the pupils’ horizons when it comes to languages,” explained Angharad Evans, head of French at the school.

“It helped them realise that French isn’t only spoken in mainland France and it will help them massively to hear French spoken by someone who isn’t just their teachers.”

Answering questions about his hobbies and life as a footballer, Ayew conversed with the students in the run up to their GCSEs to help them with their fluency and it’s a subject he stressed is of huge significance to young people.

“It’s very important because when I was young, I didn’t really want to learn French but my parents forced me to do it and now I see the importance,” he said.

“As a footballer you play with people who speak different languages and it can be very difficult to communicate with your team-mates.

“Speaking different languages has been a huge help in my own career because when I moved to the UK I could already speak English, so it made it easier.”

It wasn’t just Ayew who saw the importance of the session as it was something that the students not only enjoyed, but found incredibly helpful ahead of their exams.

“The lesson was great,” said Vrishank Shrivashtava, a year 11 pupil.

“It was a fantastic experience for all of us to have someone we look up to and idolise to talk to us in French as it will help us speak the language more fluently and help us excel in speaking it."