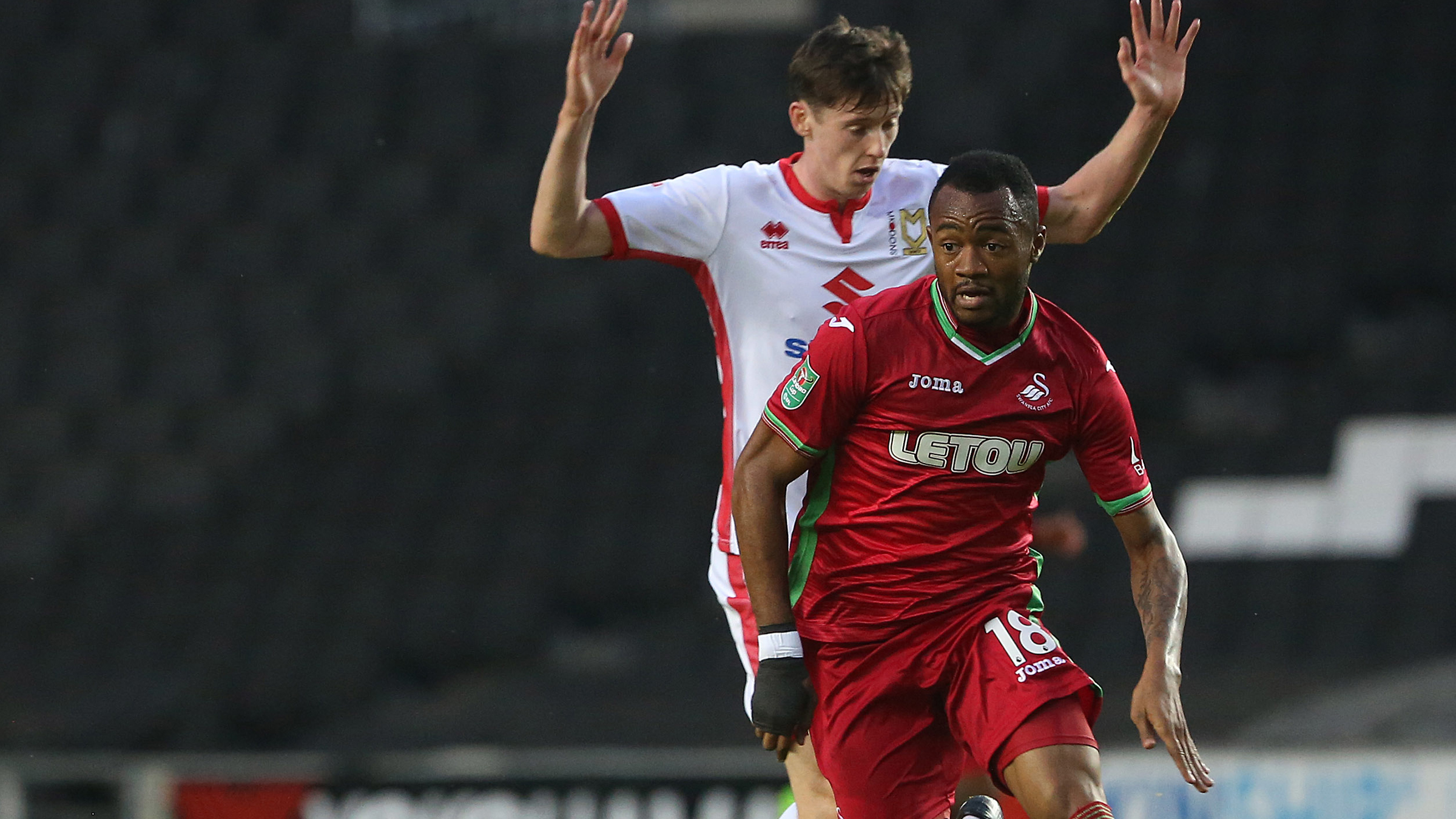 Jordan Ayew has urged Swansea City to maintain momentum at Crystal Palace this weekend as they bid to build on their first win of the season.

The Swans return to the training ground today having chalked up victory No. 1 of the new season at MK Dons last night.

Paul Clement’s men fell behind against the run of play at Stadium mk, but fought back to triumph 4-1 and progress to round three of the Carabao Cup.

Now Ayew is targeting a first Premier League maximum of 2017-18.

“We were very pleased to beat MK Dons,” the Swans forward said.

“It wasn’t easy to begin with. They scored first, but after that we showed we are the better team. We got the equaliser and then ended up scoring four goals.

“We played some good football. We played our way – the way Swansea play and the way we want to play.

“That’s good because it gives us confidence for the game this weekend, which is massive for us.

“It’s always important to win and we know how important Saturday is. It’s not easy to win at Crystal Palace but we are not scared and we have confidence that we can go and get a result.”

The Swans took a point from their first league game of the season as they scrapped to a goalless draw at Southampton.

Their opening home fixture of the campaign ended in a 4-0 defeat to Manchester United last weekend, but the scoreline was harsh given that Clement’s side were right in the contest until a flurry of goals in the final 10 minutes.

And having been lifted by the MK Dons success, Ayew reckons the Swans are ready to show they are a team on the up.

“It’s always good to be winning, whoever you are playing against. It keeps confidence high and we have to keep that going,” he added. “We are a young team. We are doing good things and that’s positive.

“It’s not easy but we are doing well. The staff are behind us, the coach is doing a wonderful job.

“We have to keep working hard and try to get better, and hopefully that will bring us three points on Saturday.”

With another weekend on the horizon, it's time for another Full Match Vote as we give you the chance to select which Swansea City match you watch at 3pm on Saturday.

Kick your weekend off by watching the best of the action from a famous South Wales derby victory from 2014.

Swansea City boss Steve Cooper is looking forward to experiencing the ‘new normal’ at Fairwood next week as his squad prepare to return to training for the first time in 10 weeks.