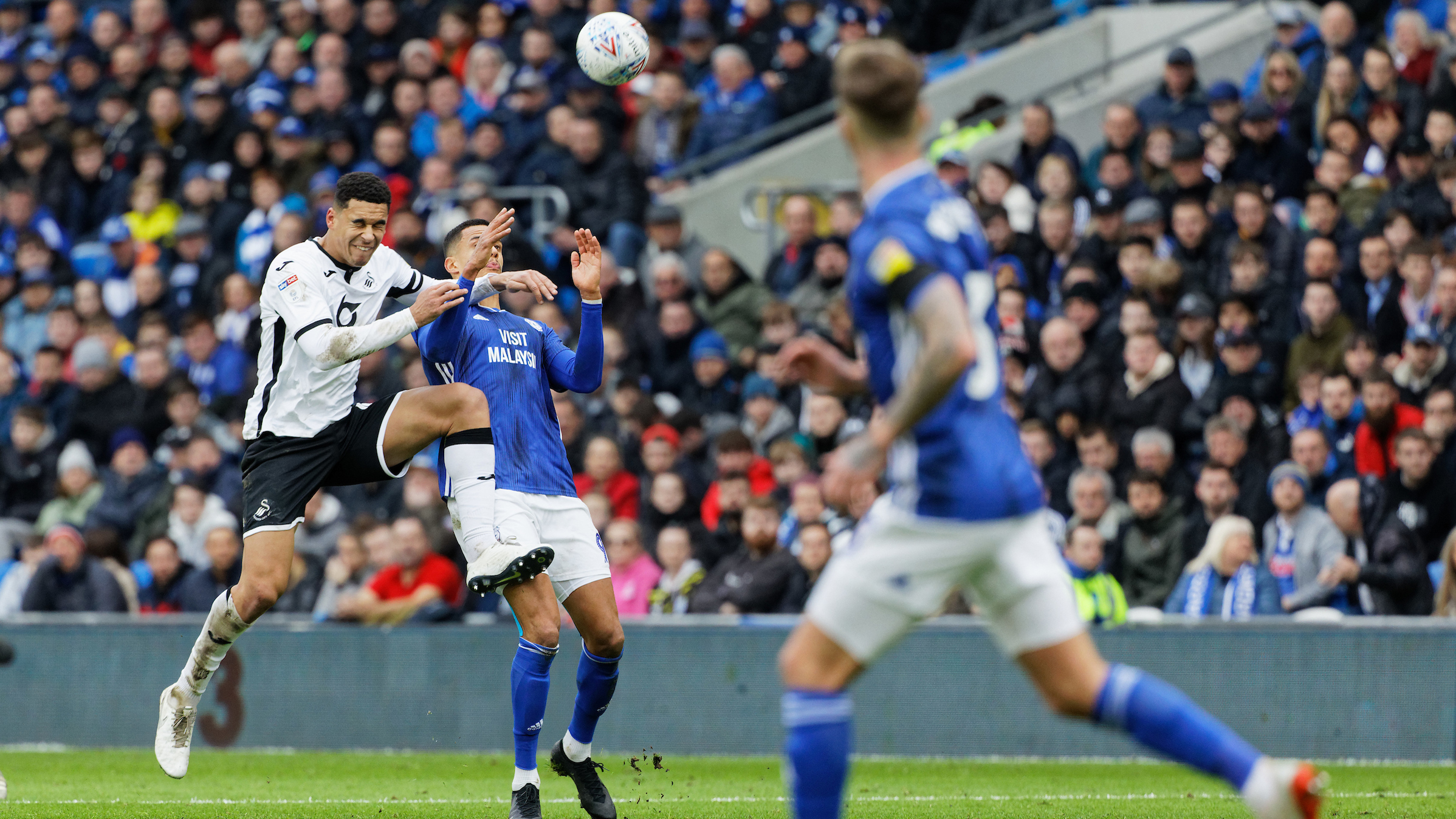 Ben Cabango believes Swansea City’s strong recent defensive record is a sign that he is growing in experience and confidence.

The 19-year-old has made an impressive start to life in the first team, first appearing in the Carabao Cup at the beginning of the season before getting regular Championship action under his belt in recent weeks.

The teenager has helped the Swans keep three clean sheets in a row against Barnsley, Charlton and Cardiff, while the team as a whole have enjoyed four shut-outs in their last five Championship outings.

The Swans have one of the best defensive records in the division, and Cabango feels the current run is a huge positive for Steve Cooper’s side.

“We’ve got four clean sheets in five games, so we must be doing something right at the back,” said the Wales Under-21 international. “Earning a clean sheet always gives you the best chance of winning a game, but it just wasn’t our day in front of goal on Sunday.

“Everything is starting to come together in that sense. During the middle of the season, we weren’t doing so well in that aspect and were letting in goals.

“But now, it seems like everyone knows their jobs, especially at set-pieces – we’re conceding many of them.

“We’re putting everything on the line to ensure the ball doesn’t go in.”

With injuries to Mike van der Hoorn and Joe Rodon, Cabango and Ben Wilmot have stepped up and belied their combined age of 39 with their mature showings.

Head coach Cooper went as far as to describe them as “dominant” in how they handled Cardiff’s aerial threat at the weekend.

And Cabango feels their partnership is improving with every passing game.

“I think Ben and I are playing well together,” he said.

“I think we’re a good partnership and we’ve shown it.

“Getting a clean sheet in the derby is a big ask but we’ve done that as two young centre-backs.

“We both learned a lot about each other’s games by playing together in the cup earlier this season.

“Although, the cup games definitely aren’t the same as the league; the league games are so much more intense.

“We learned a lot in our first league game together away at Brentford. We lost 3-1 but the experience certainly made us a lot better.

“Being young, you’re going to make mistakes but we’re learning and improving every day.

“It’s going to make us a better team if we’ve got two solid centre-backs keeping clean sheets on a weekly basis.”