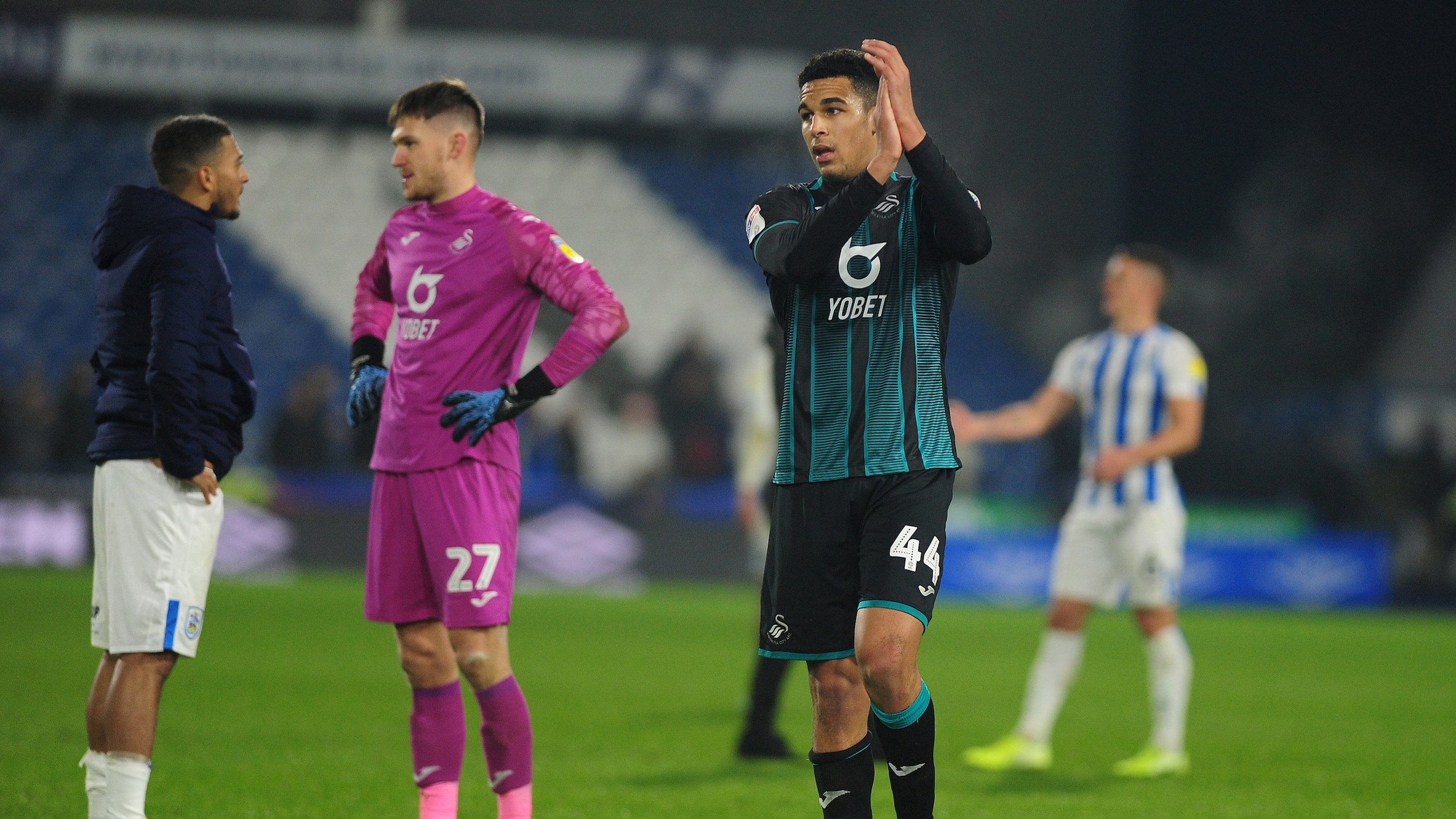 Steve Cooper has revealed Ben Cabango received the appreciation of his team-mates after the teenage defender produced an outstanding display on his league debut for Swansea City.

The 19-year-old replaced Mike van der Hoorn at half-time in the draw at Huddersfield, and produced an excellent display.

He and Ben Wilmot may have a combined age of just 39, but the maturity and confidence of their showings belied their tender years as they made a number of key blocks and interventions.

And Cooper warmly praised the youngster, and spoke of the reception he got upon returning to the away dressing room at the John Smith’s Stadium.

“When we had to make the change at half-time, nobody had any worry about a lad coming on into a game like this for his league debut.

“That’s because we knew he would do what he did.

“He played really well with and without the ball, and he had a good round of applause from the lads in the dressing room. Firstly, because he had made his league debutand, secondly, because of the way he played.

“I have said all along everybody who trains in the first team squad is capable of representing us in any game.

“Even though Ben had not played a league game, we had no hesitation putting him in.

“If he is called upon again, it’s no problem. He did a brilliant job tonight and it’s great experience for him because he will end up playing for us at some stage, that’s for sure.”

The Swans next face Fulham on Friday, and Cooper said it was too soon to say how bad van der Hoorn’s injury is.

The Dutchman was forced off at the break having been hurt in a challenge from Huddersfield striker Fraizer Campbell that prompted a melee but ended up with a yellow card being shown to the forward.

“It is too early to say on Mike. It was a contentious tackle, we had a respectful discussion between the two benches about what it should have been,” added Cooper.

“It did not go our way, and he did not come out for the second half.”