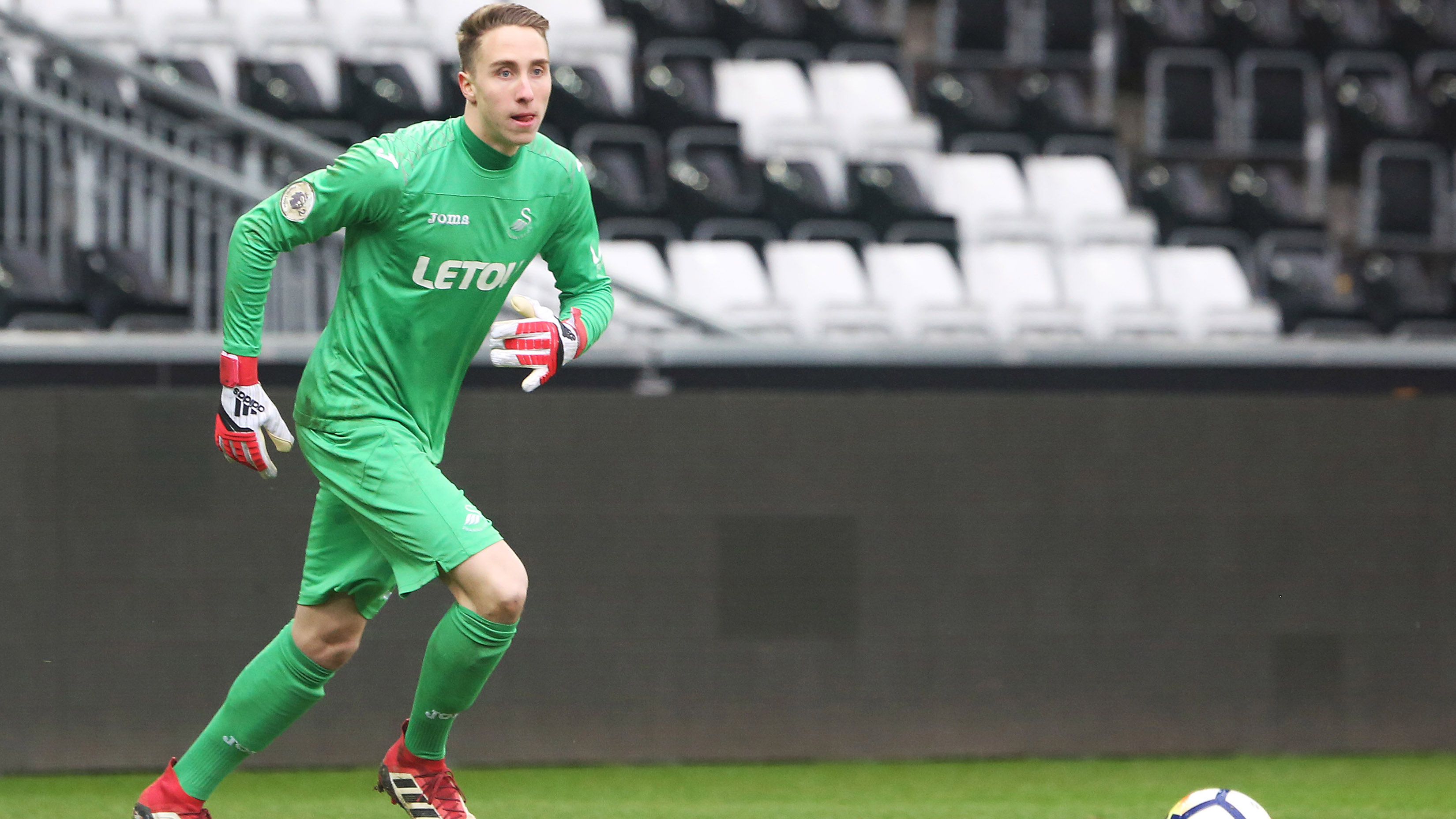 Steven Benda is relishing the prospect of fighting for silverware as Swansea City Under-23s prepare to face Sheffield United in the semi-final of the Premier League Cup at Landore tonight (7pm).

The teenage goalkeeper saved two penalties to help the young Swans defeat Brighton and book their place in the last four of the competition earlier this month.

The Swans went all the way in the competition last season, lifting the cup at the Liberty Stadium thanks to victory over Reading.

And Benda’s target is to help the team to another title.

“It would be unbelievable to finish the season with silverware,” the German said.

“This is probably the biggest game I will have played in. I am so happy that we have come this far as a team.

“The team has worked hard this season. Now we want to keep pushing and get to the final.

“We had a slow start to our campaign but gained momentum as the games went on and we want to reach the final.”

Benda looks set to make his seventh appearance of the season for the under-23s tonight, and his fourth in the Premier League Cup.

The 19-year-old is one of the latest promising talents to shine for the development side having only made his debut in February.

“I have had to be patient this season and adapt to English football,” he added. “When I have got chances I have taken them and played the best I can.

Entry for fans is FREE but there is no parking at the facility. Fans can also watch the LIVE stream of the game via swanseacity.com.