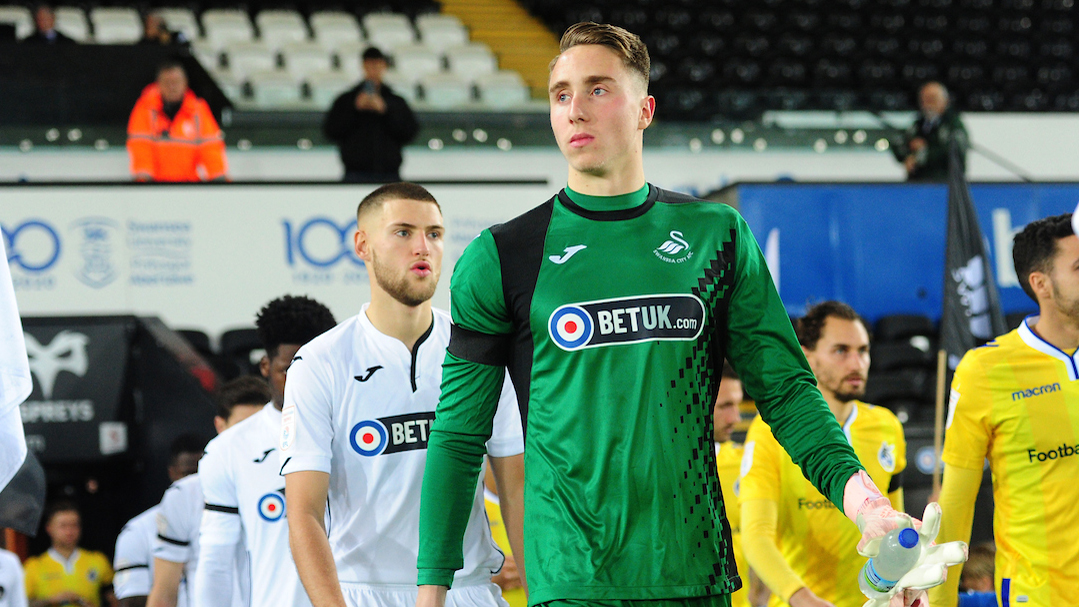 Steven Benda is hopeful that strong form for the under-23s will eventually lead to a first-team debut for Swansea City.

The 20-year-old German goalkeeper, who arrived from 1860 Munich in August 2017, was on the bench at Ashton Gate on Saturday as Graham Potter’s side went down 2-0 against Bristol City.

It was the fourth time this season that he has been involved in the matchday squad, having been included in the reverse fixture at the Liberty in August – the same month that he provided cover for Erwin Mulder for the games against Birmingham City and Leeds United.

Benda, who regularly trains with the first team at Fairwood, has already made 16 appearances for the under-23s in all competitions this season – doubling his total for the whole of 2017-18 – and provided a reliable pair of hands between the sticks.

He is hopeful that will serve him well going forward as he targets his senior breakthrough.

“It’s a very good situation for me at the moment,” he said. “I’m playing regularly for the under-23s and I’m training with the first team all the time.

“It was great for me to be on the bench on Saturday. Hopefully, I can build on that now.

“I just need to keep performing well for the under-23s and in training with the first team because, if I get a chance, I’m going to be ready.”