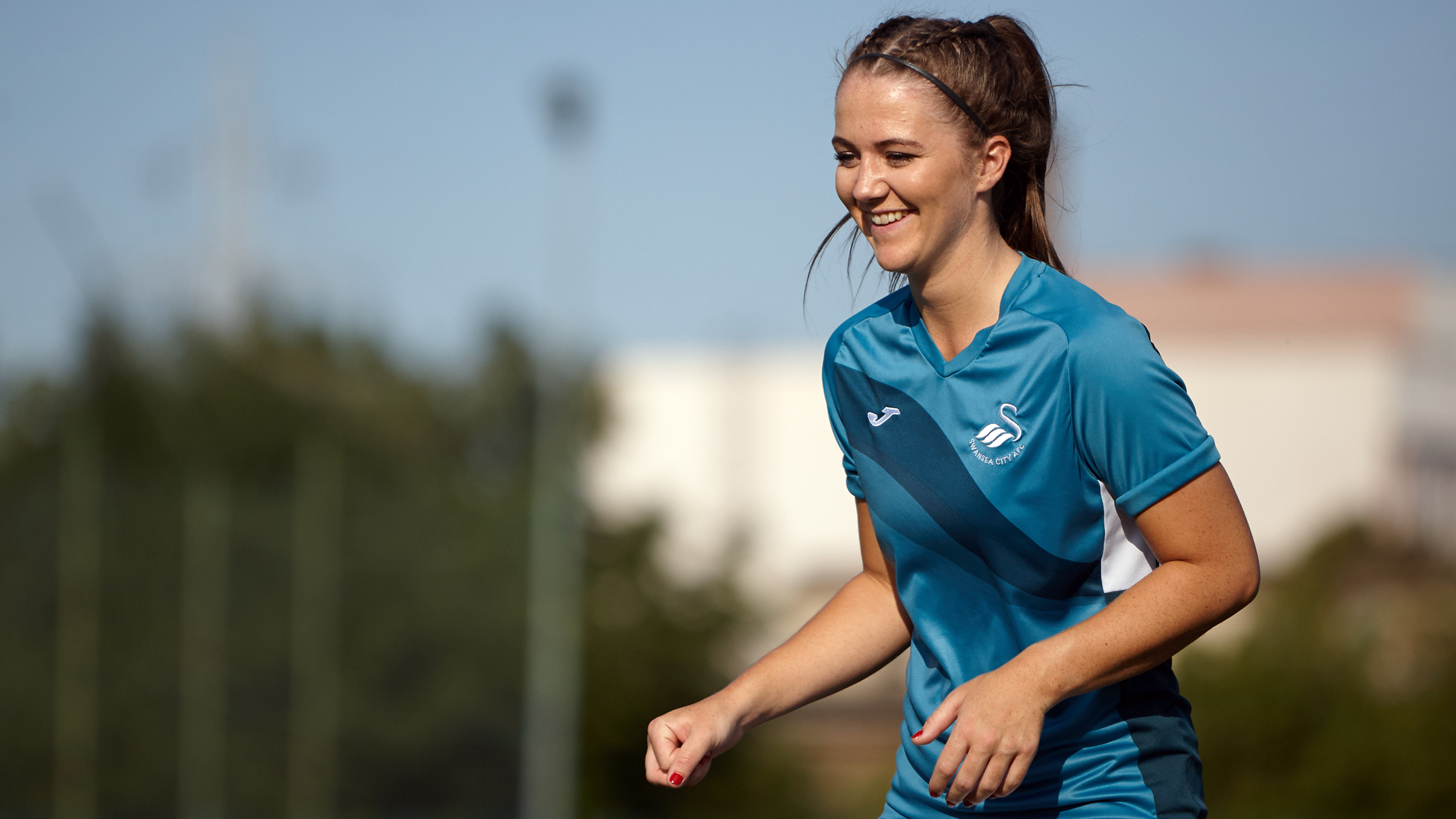 Swans Ladies midfielder Emma Beynon has been called up to represent Wales Women for their upcoming World Cup qualifier against Kazakhstan.

Selected in the 20 woman squad to travel to Kazakhstan next month, Beynon will be looking to earn her second cap after making her debut for Jayne Ludlow’s Wales side earlier this year at the Cyprus Cup. That was quickly followed by a second cap as she featured in a friendly against Portugal.

“It feels great to be picked again,” said Beynon. “I only had my first cap six months ago, so to get picked for the World Cup Qualifier is a big achievement.”

Wales will face Kazakhstan on September 17 at the Astana Stadium and the national side will be hoping for a repeat performance of the last time the two teams lined up against each other.

Facing off in the qualifying campaign for the 2017 Uefa Women’s European Championship, Wales recorded two 4-0 victories over Kazakhstan and a win next month will set them in good stead ahead of their remaining qualifying clashes.

In addition to Kazakshtan, Wales have been drawn in a group alongside England, Russia and Bosnia & Herzegovina, with the top side heading to the 2019 Fifa Women’s World Cup in France.

“I think we have a really good chance of qualifying. The team is really close and the squad as a whole is really strong, so I think we can make it," added Beynon.

“Every footballer dreams of playing in the World Cup so it would be amazing to qualify and get picked."