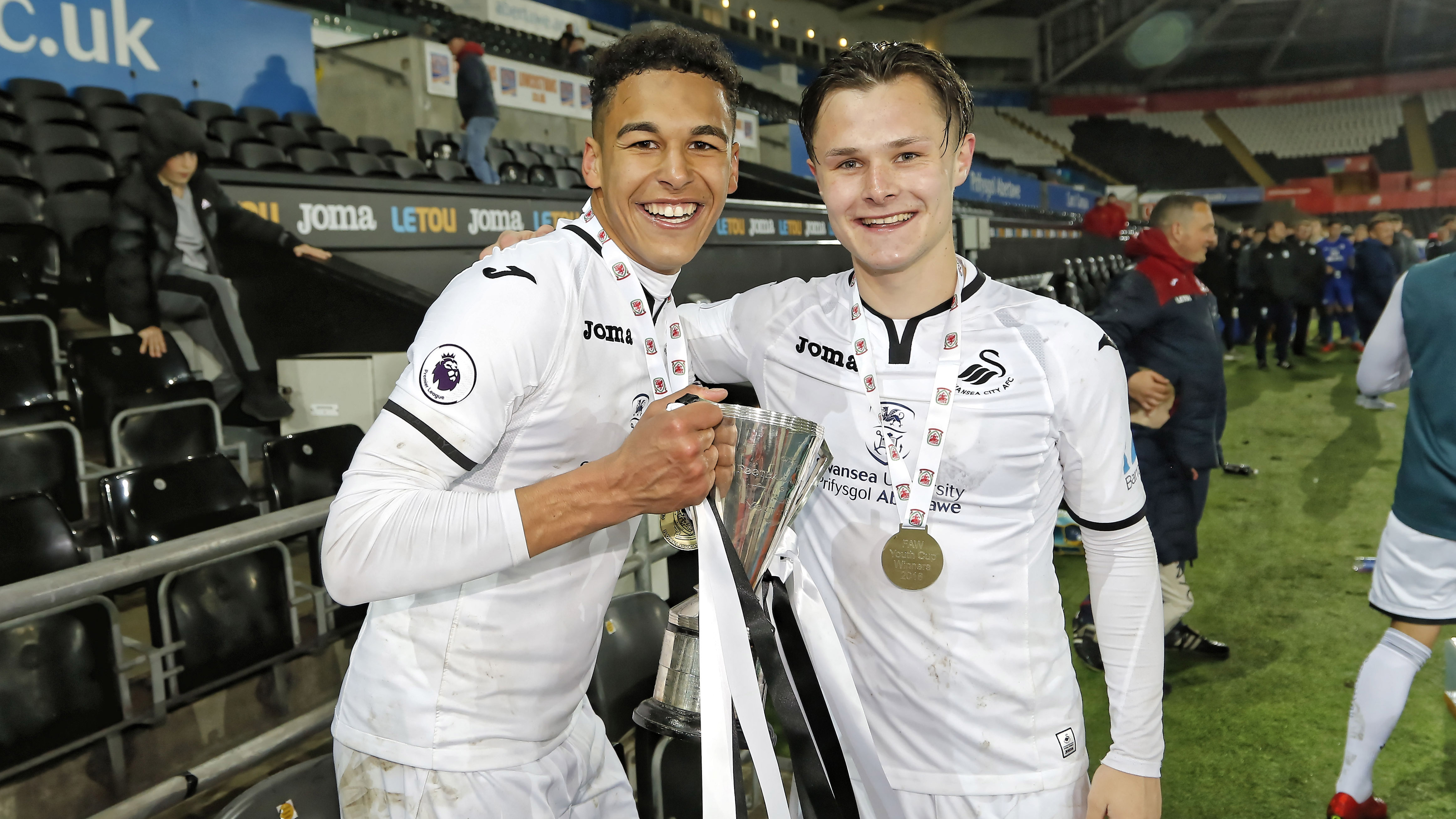 Ben Cabango spoke of his pride after the captain led Swansea City’s Under-19s to their ninth consecutive FAW Youth Cup with a penalty shootout win over Cardiff at Liberty Stadium.

The 17-year-old defender skippered the side through a battling performance after Bluebirds striker Mark Harries cancelled out Joe Lewis’ opener.

With neither side able to find the winner in extra-time the young Swans took a dramatic 3-2 win on penalties thanks to a double save from goalkeeper Steven Benda.

Canbango missed last season’s youth cup finale through suspension but expressed his delight at helping the academy Swans to this season’s victory.

“I could not be prouder to captain this side to this win,” Cabango said.

“I can’t fault the lads for the performance tonight. They all put 100 percent in until the end.

“Cardiff are a decent team and they made it difficult and pushed us all the way.

“We didn’t want to be the team to lose the cup. Winning it for a ninth season is something special for us.

“Penalties added a lot of pressure, but I think we did well to overcome that and deserved the win.”

The German shot stopper once again pulled off a double penalty save to help the Swans the victory three weeks on from helping the under-23s to a Premier League Cup victory in similar circumstances.

“We can always trust on Steve to do what he does in between the sticks,” Cabango added.

“The saves he made for us once again were magnificent and he helped us win it.

“I never lost belief that we could win the game. It is always good win a cup. For us it is the best way to end the season.”