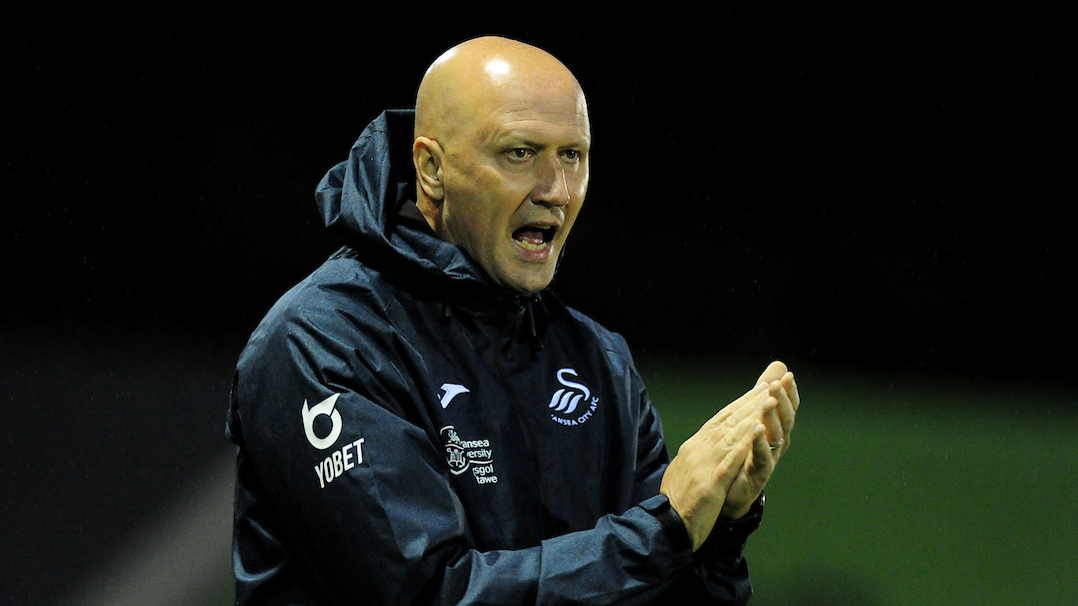 Swansea City can confirm that under-23s joint-manager Cameron Toshack has left the club.

“I leave with a very heavy heart,’’ confirmed Toshack. “I have loved my time at the club, but I felt on reflection that now was the right time to pursue a fresh challenge.

“I have worked with some great people, learnt a lot from the staff and had fantastic support from the fans which I will be eternally grateful for.

“Having worked in the academy during such a successful period, I’m just pleased and proud to see so many youngsters progress into the first team set-up.

“I wish those players, staff, supporters and my hometown club all the very best for the future.’’

A former professional with Swansea, Cardiff City and Bristol City, Toshack’s playing career was cut short after being diagnosed with diabetes at the age of 23.

After hanging up his boots, Toshack worked as an analyst with the Wales senior squad, achieved his Pro Licence coaching qualifications and was assistant manager to his father John with Macedonia in 2011 during their Euro 2012 qualifying campaign. He also experienced the African Champions League with Morocco side Wydad (Casablanca).

He eventually joined the Swans Academy in 2013, initially with the under-18s and then as joint lead-coach of the under-23s with Gary Richards in 2015.

They would go on to retain the Premier League Cup the following season.

He also assisted first-team caretaker manager Leon Britton following the departure of Paul Clement in 2017 and has since been linked with a number of domestic and international managerial jobs.

Swansea City chairman, Trevor Birch, said: “It goes without saying that we would like to thank Cameron for the work he has done with the club, especially the academy, over the last six years.

“The contribution he has made to the club and the development of our young players will always be recognised, appreciated and remembered.

“I am sure he will be a success in his next challenge and everyone at the club wishes him good luck.’’

The club will restructure internally to cover for Toshack’s departure.