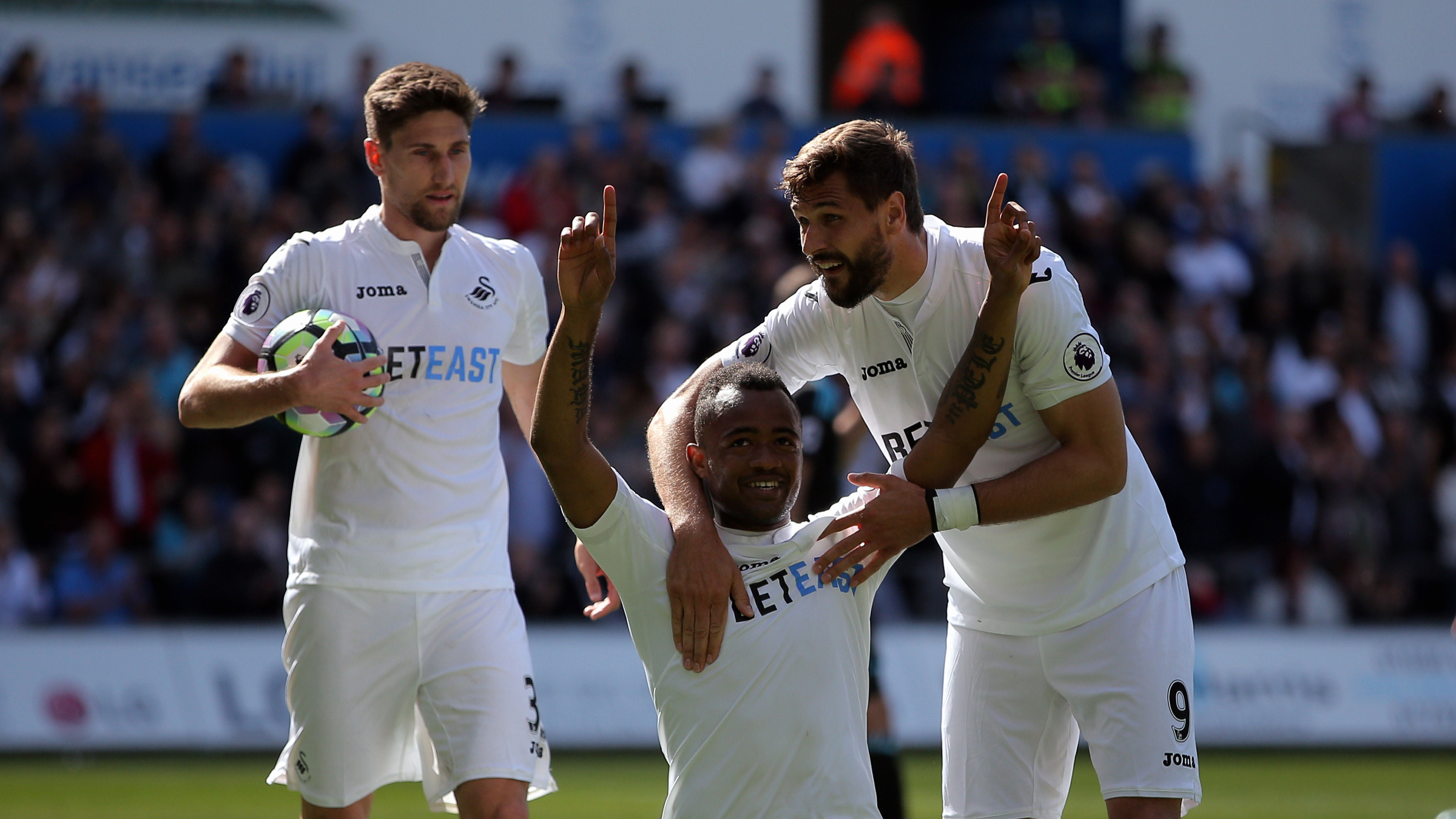 Ayew scored for the fourth time in his last seven games to set the Swans on the path to the fourth round.

The Ghanaian’s 11th-minute strike was a memorable one, as he danced past a number of Wolves defenders before beating keeper Will Norris.

The visitors levelled through Diogo Jota midway through the second half, but Wilfried Bony quickly responded to seal a 2-1 win.

And Carvalhal was full of praise for Ayew after his memorable contribution.

“I am very happy because Jordan deserves it,” said the Swans boss.

“He scored against Newcastle and again tonight. I am happy because he is a fighter – he works very hard for the team.

“He ran a lot tonight, even at the end when he was tired I think.

“I like players like that – who have quality but first of all they think of the team. I am very happy to see him score a goal like that.”