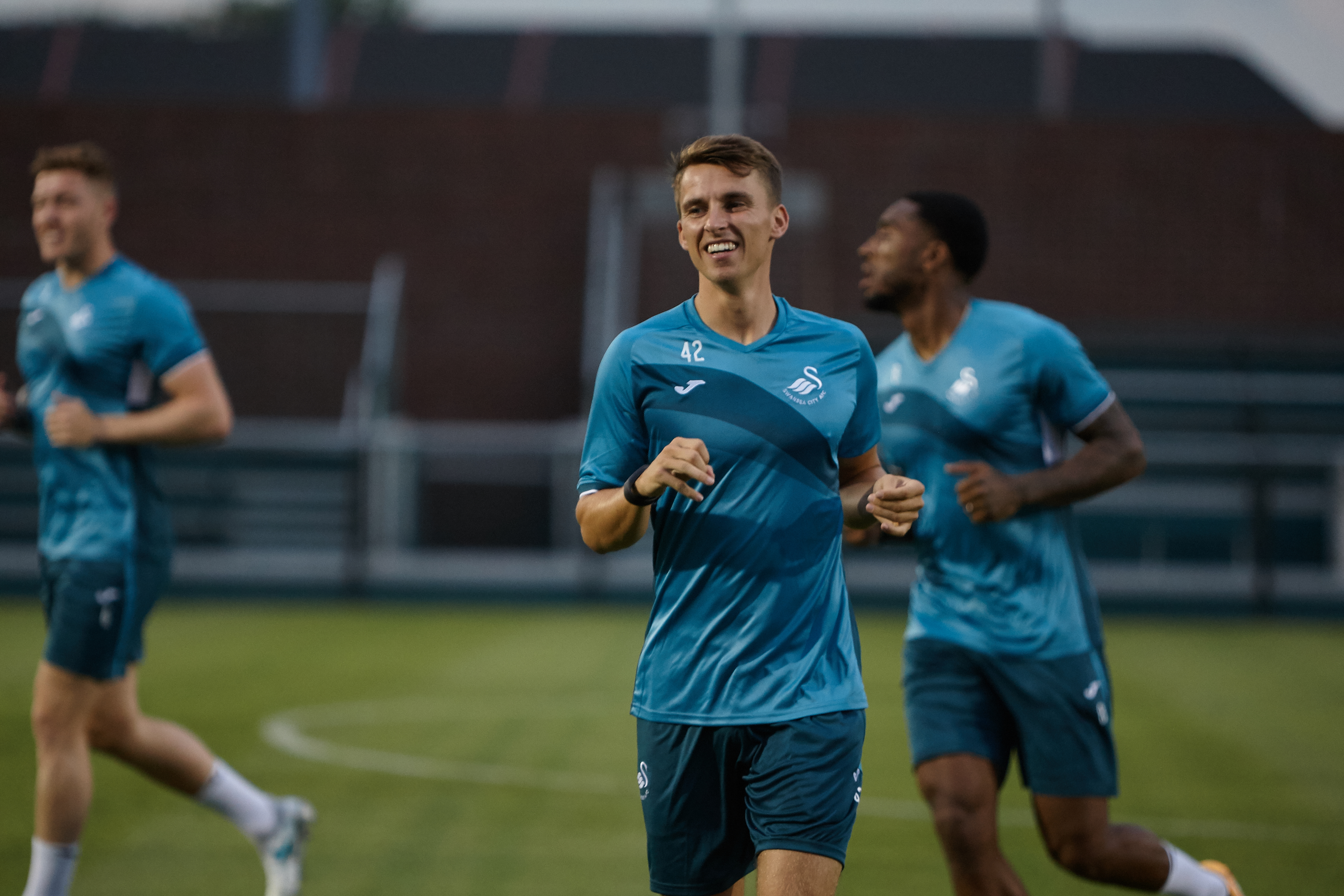 Carroll’s putting in the extra yards

Tom Carroll put in the extra yards this summer, and it’s already paying off.

After helping steer the Swans to Premier League safety last season, the midfielder could have been forgiven for putting his feet up and recharging the batteries.

But Carroll instead opted to hit the beach – for all the right reasons.

“I managed to get away to Ibiza with my family and missus, then we got away to Bali this summer,” says Carroll, who is currently away on the Swans’ pre-season tour of America.

“I was doing beach runs – flag to flag – in the morning along with some swimming. You have to do it now. If you came in with a little pot belly you would be in trouble!”

Those running sessions have already given Carroll a head start this summer.

In the squad’s running session during the first couple of days of pre-season, he came out on top by covering the most distance.

Now he hopes a good pre-season will ensure the Swans have the legs to record a successful year in what is their seventh consecutive Premier League campaign.

“I was happy with my results in the pre-season running tests,” he adds. “I’ve always been a decent runner.

“I used to hate running – I was part of the district county squad for cross country, but I didn’t want to do it. I just didn’t enjoy it.

“I did pretty well in the running tests at Tottenham, too. Nabil Bentaleb was the best of the lot – he was very fit – but I was right up there.

“It obviously comes in pretty useful for a midfielder to be able to put in a good shift of running as we are all over the pitch.

“The hard sessions you put in during pre-season – and in your holidays – can really pay off. Hopefully it will go some way towards ensuring we have a more successful year this time around.”