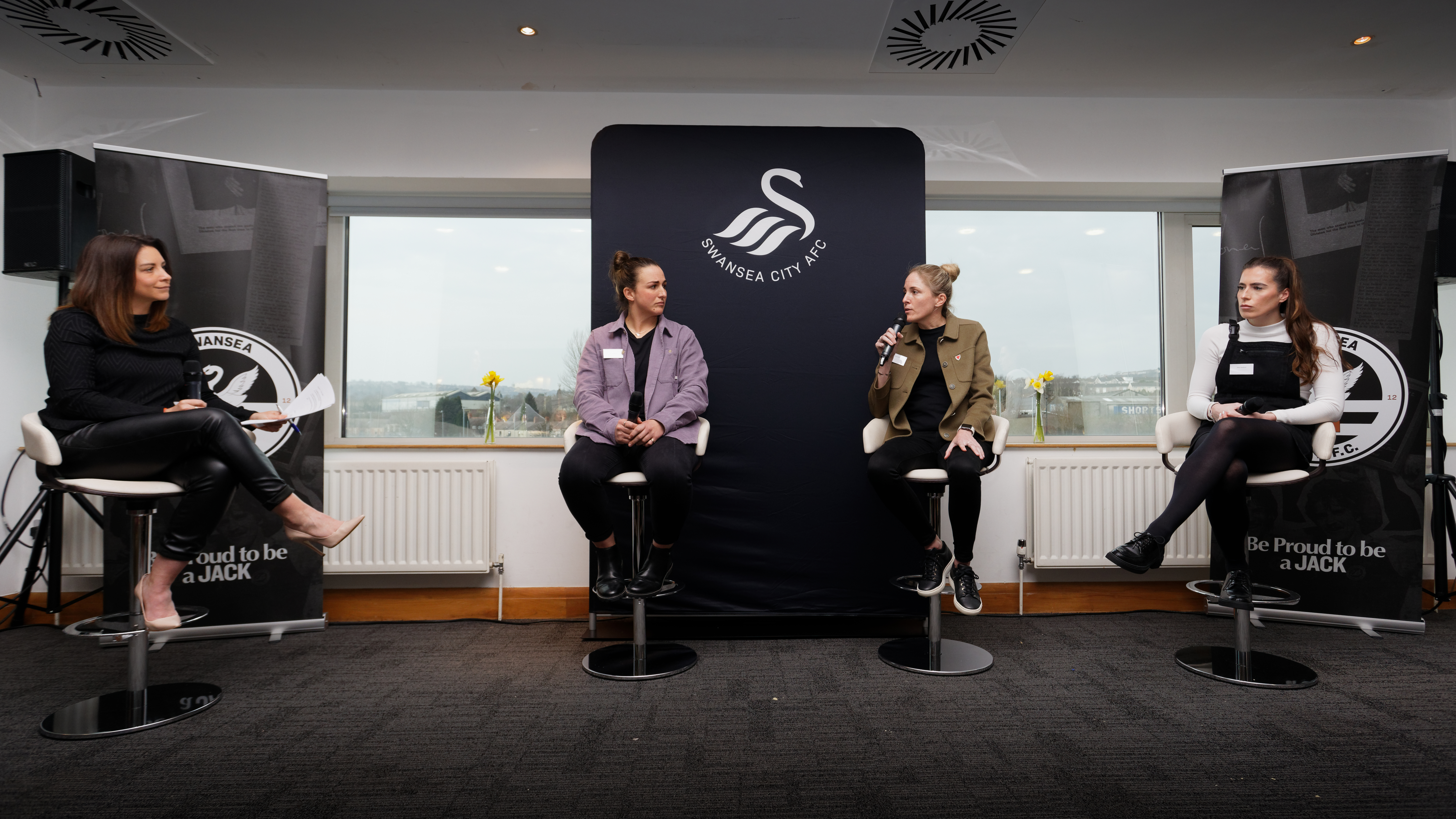 The breakfast networking event was held in celebration of International Women’s Day at the Swansea.com Stadium.

This panel discussed their journeys within a male-dominated environment, imposter syndrome and the importance of allies and support systems.

This panel discussed how they inspire internally and externally whilst fighting for equality, what men’s sport can learn from women’s sport and their own personal journeys. The panel followed up with tips and tricks they have learnt that could help everyone who was in attendance.

To celebrate International Women’s Day, Swansea City has teamed up with the Swansea City AFC Foundation and the Football Association of Wales to provide complimentary tickets to girls football teams. We hope to inspire the next generation of girls footballers and we look forward to welcoming them to the Swansea.com Stadium.

Click the play icon at the top of the page to watch the best bits of today's event.

The next City Business Network event will be announced in due course.

If you are interested in becoming a CBN member, you can email cbn@swanseacity.com or call 07983474205. 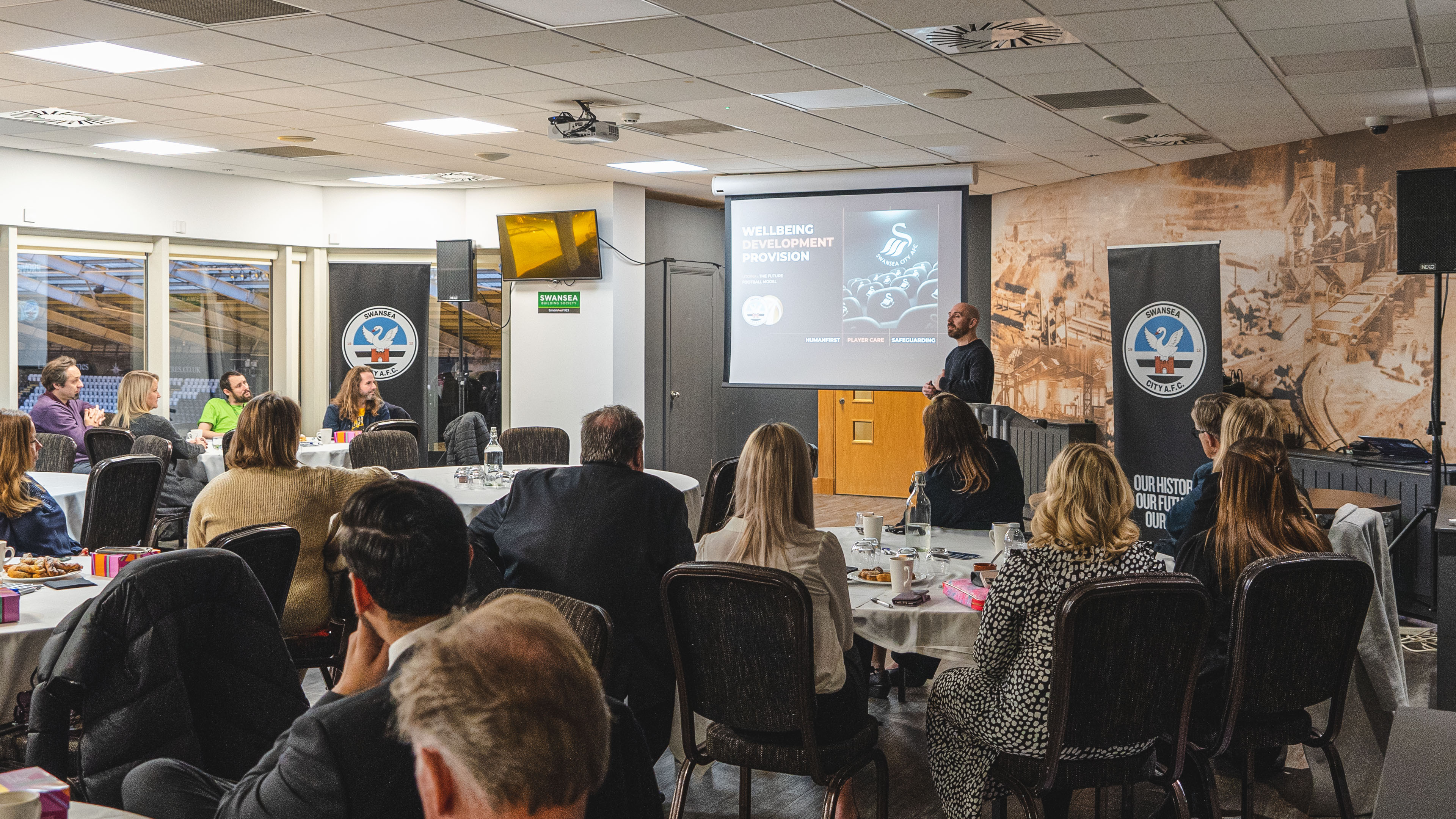 Swansea City was delighted to host the first City Business Networking (CBN) event of 2023 at the Swansea.com Stadium this morning (January 18). 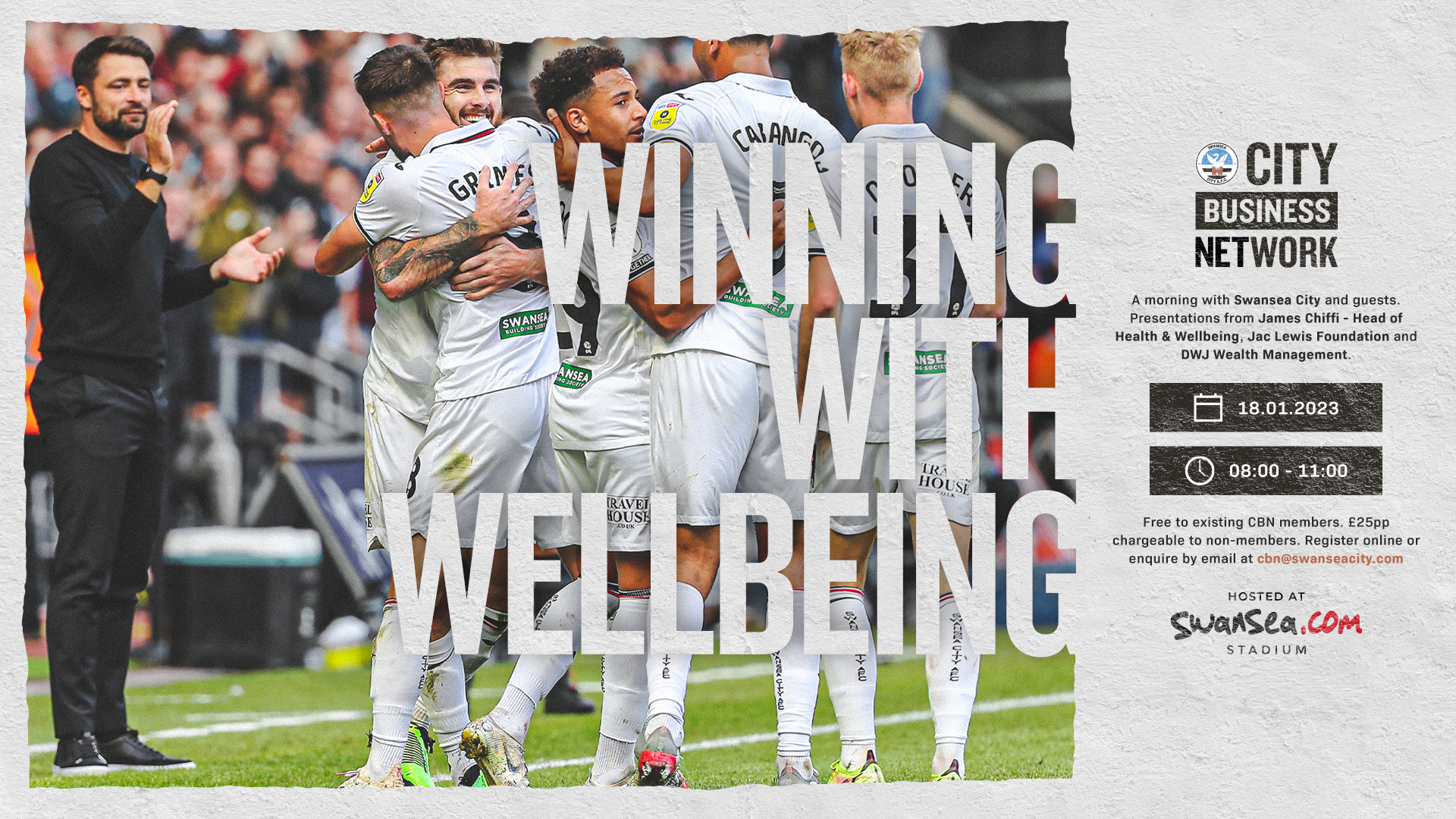 Swansea City is delighted to announce that its first City Business Network (CBN) event for 2023 will be held on the morning of Wednesday, January 18. 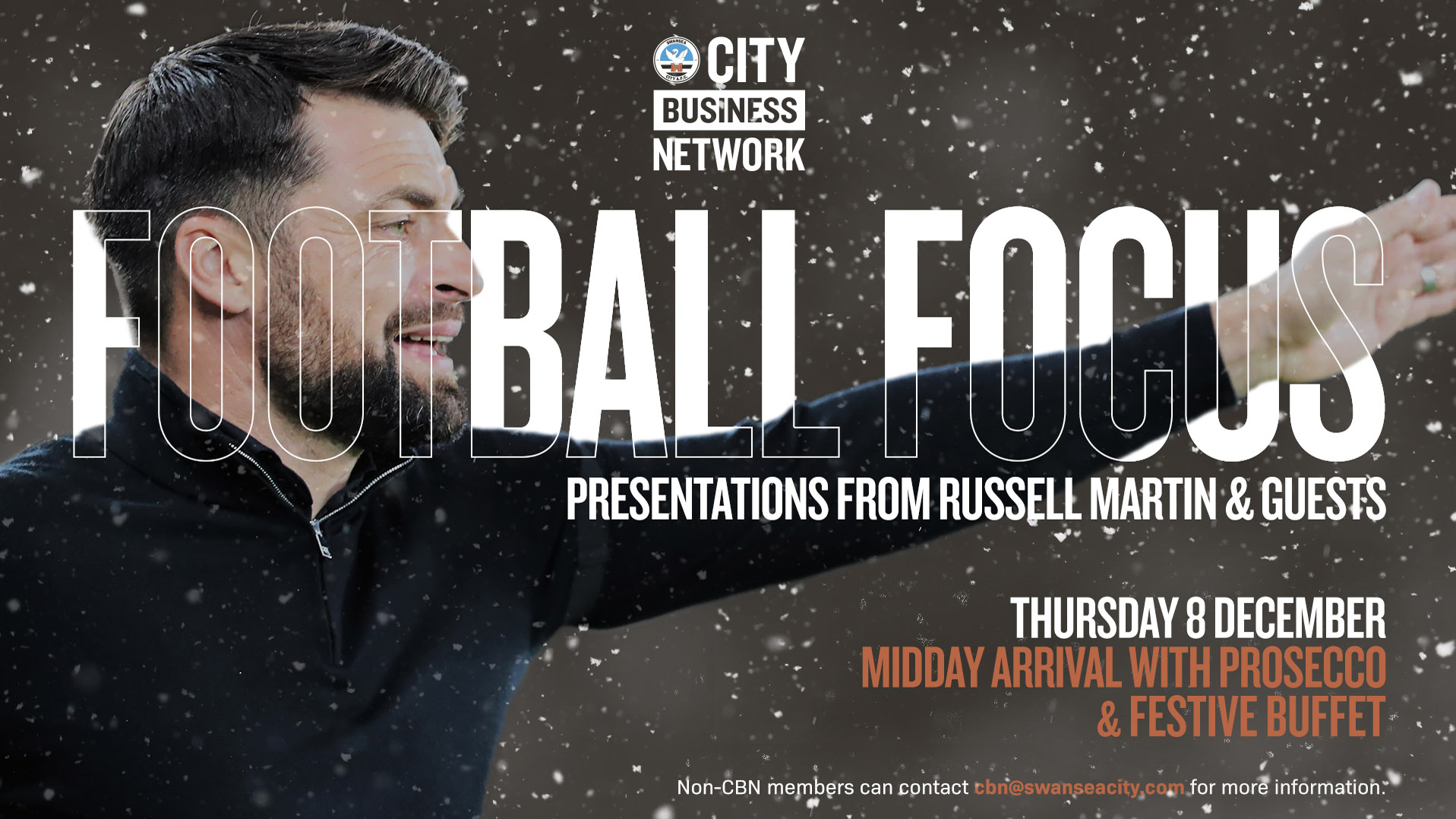 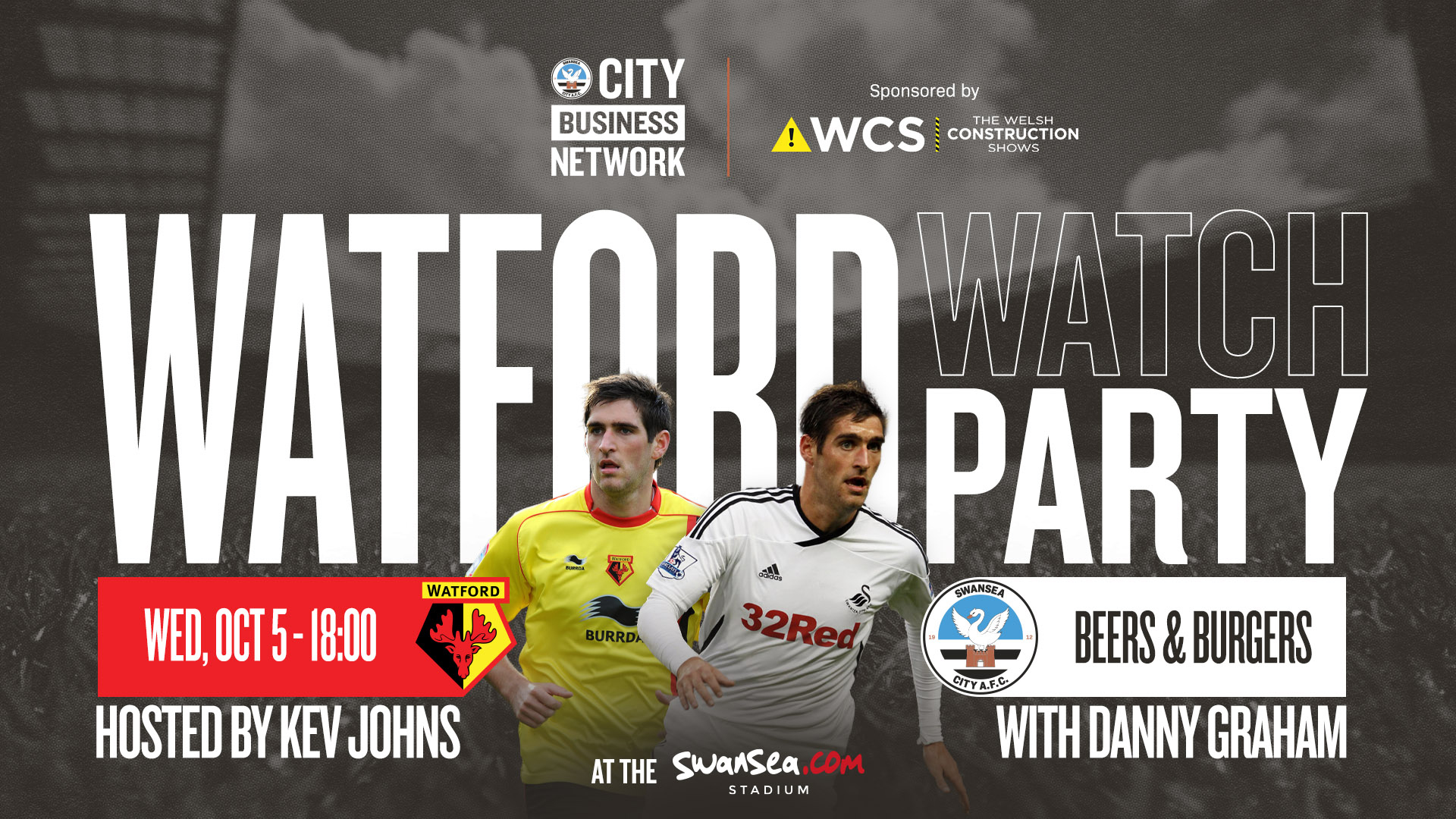 Join us at the Swansea.com Stadium for our Watford watch party with Danny Graham

Swansea City take on Watford at Vicarage Road on Wednesday, October 5 at 7.45pm, and we are inviting local businesses to join us at the Swansea.com Stadium to watch live coverage of the game on Swans TV.