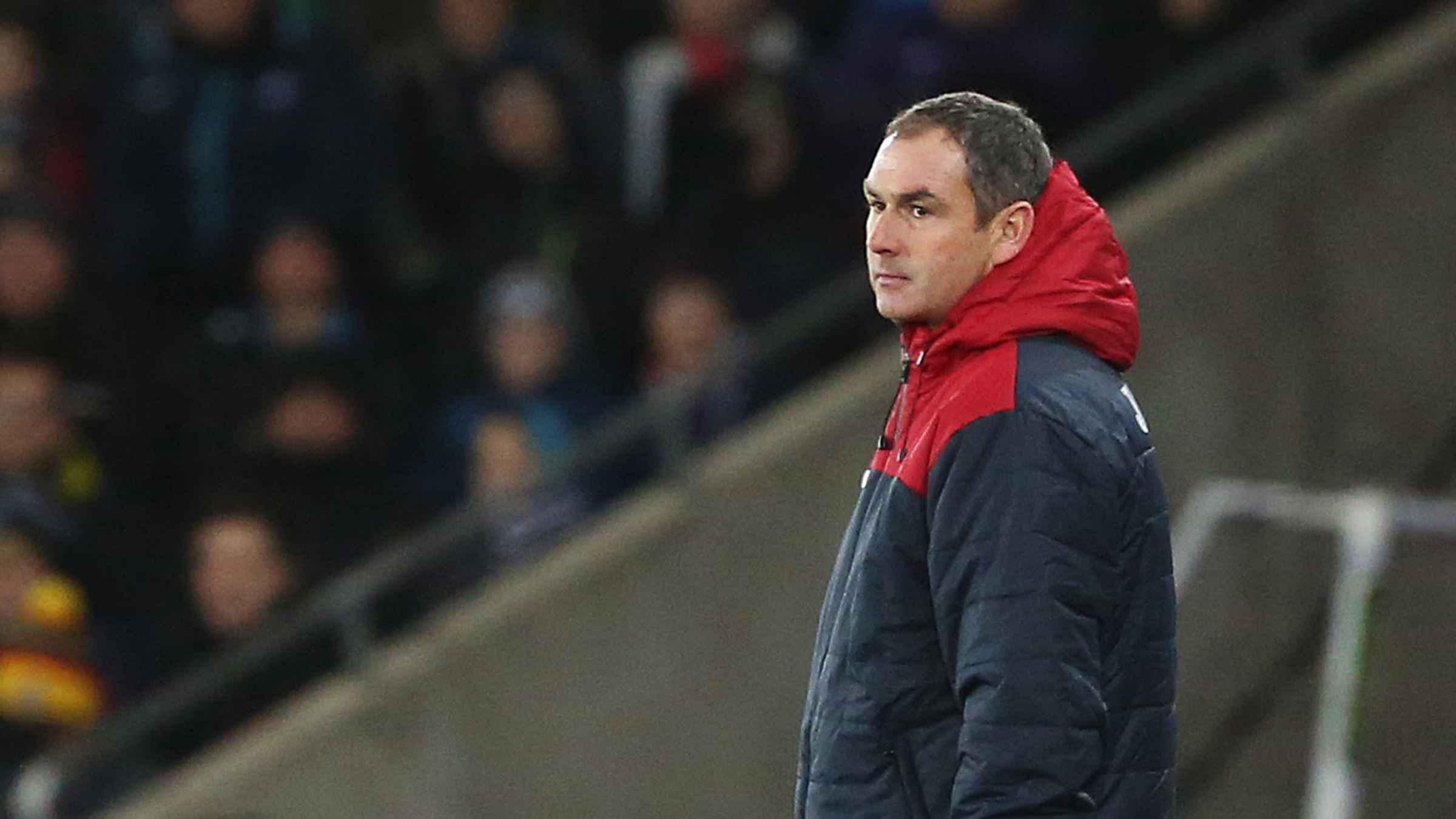 Paul Clement conceded that defeat to Manchester City had been difficult to watch after Swansea City were beaten 4-0 by the Premier League leaders.

The Swans got the difficult examination they were expecting from Pep Guardiola’s all-conquering City side on a chastening night at the Liberty Stadium.

The visitors were in control almost throughout, and cruised to victory thanks to two goals in each half.

David Silva opened the scoring on 27 minutes before Kevin De Bruyne’s free-kick went through a crowd and into the net to double the advantage seven minutes later.

Silva netted his second goal early in the second period before Sergio Aguero rounded off the scoring five minutes from the end.

As hard as the loss was to stomach, Clement felt the Swans had been beaten by on outstanding team.

“It was not nice to see that (game) from my point of view,” said the Swans boss.

“If you are a Manchester City supporter, it must be a pleasure to see that kind of football every week.

“But to be on the receiving end of a team playing like that against you is very difficult.

“But they are a good side. In fact, I would say they are one of the best sides I have ever come across.

“They play a great style, have very good players all over the pitch and tactically they are very intelligent.

“They also do the basis and the ugly side of the game very well.

“They make it hard for you to press them, but if you sit off it looks like they are totally dominating and they can do what they want.

“They get you in that very difficult predicament where you are trying to decide what to do.

“It was a comfortable victory for them.”

The Swans competed for the first quarter of the game, with Jordan Ayew forcing a save from City keeper Ederson inside the opening 10 minutes.

But once Guardiola’s side scored what was a fairly soft opening goal, the hosts struggled to contain their star-studded opponents.

“We started okay – we were in it,” Clement added.

“We conceded a really disappointing goal. It was almost a carbon-copy of the Brighton goal – an easy cross, the centre-halves almost duck out of it and the goalkeeper is rooted to his line.

Clement felt one positive for the Swans was that they had shown some attacking threat when the chance came to counter.

And he argued his team’s success or otherwise season will not depend on matches against a City side who already look like champions-elect.

“Games like that will not define our season,” he said.

“It’s about other games, and I include in that Everton away (next Monday) and absolutely Crystal Palace home on December 23.

“They are the games we have to focus on now.”