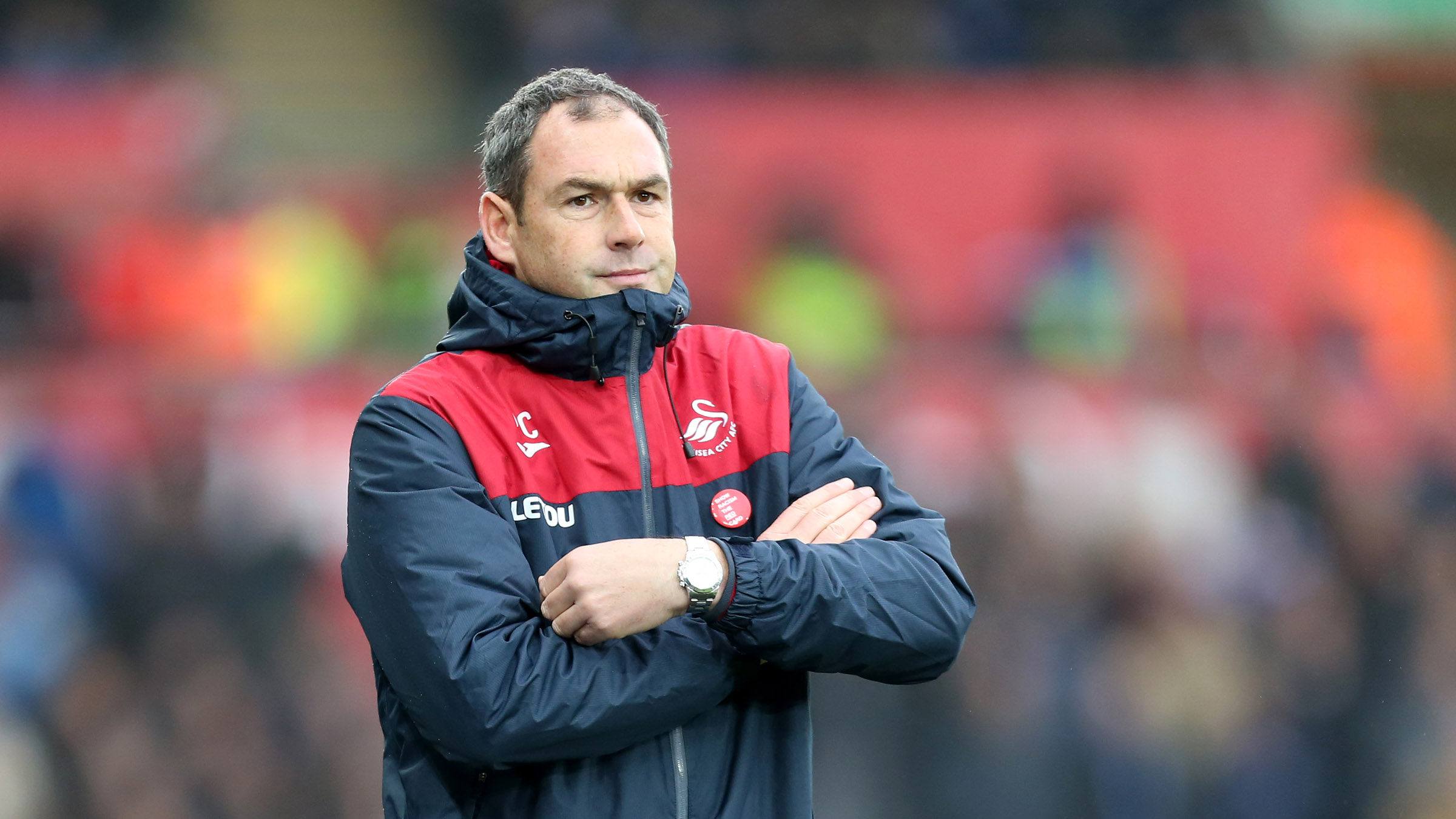 Paul Clement admitted his side had taken a backward step after Swansea City were beaten 2-1 at home by Leicester City.

The Swans failed to build on their victory over Huddersfield thanks chiefly to a disappointing first-half display against the Foxes.

Leicester created a number of opportunities before Federico Fernandez headed Riyad Mahrez’s cross into his own net in the 25th minute.

The Swans then made an awful start to the second period as one of numerous Leicester counter-attacks ended with Mahrez teeing up Shinji Okazaki for a tap-in.

The hosts responded within seven minutes, as Alfie Mawson steered home his first goal of the season after Jordan Ayew had helped on a Renato Sanches corner.

But despite an improved second-half display, the Swans could not find an equaliser as they went down to a fourth defeat in five home games this season.

“I thought we took a step forward against Huddersfield – we were able to take what we did on the training field into the game,” Clement said.

“But today we have taken a backward step. I think our performance in the first half was what did the damage.

“The first goal was a bit unfortunate because it was a deflection off the defender’s head, but we spoke a lot about stopping the crosses.

“Nothing that Leicester did today surprised me or the players – we talked about their dangerous crosses and the danger in counter-attacking situations.

“But there’s talking about it and then there is making sure the application is right on the pitch.

“We were too open in the first half – the distance between our lines was too great. We got caught between pressing and sitting off in a deep block.

“You either all do or one or you all do the other, but we got caught between the two.

“Both their goals came from situations where we had the ball. The first was a (Luciano) Narsingh cross. The second was a free-kick and they broke.

“Mahrez was very slightly offside but it was difficult for the assistant referee. That goes against us, but our positioning was not right.

“We got back into the game and we still had a chance with 30-odd minutes to go, but we didn’t really create anything that was really telling.”

Leicester leapfrogged the Swans in the top-flight table as they won a league game for only the second time this season.

The Swans drop to 15th, and are only outside the bottom three on goal difference.

“It’s another marginal loss for us,” Clement added.

“Again, if we get the performance right, I am sure the results will follow.

“If you look at the table, it’s so tight from bottom to ninth or 10th.

“If we start putting together some consistency in our performances, we can find ourselves in a totally different region of the table.”