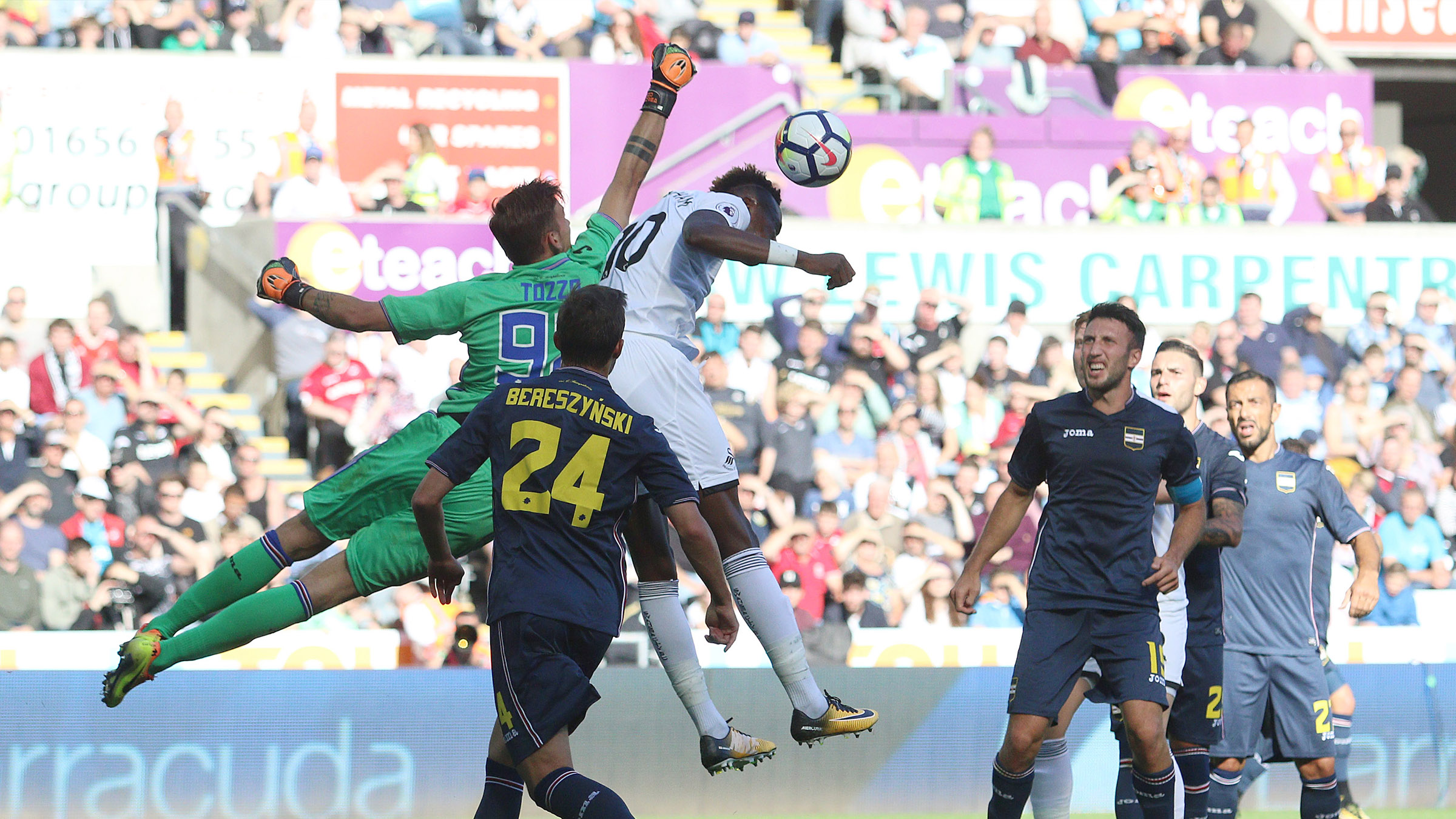 Swansea City are hopeful that Tammy Abraham will be fit for their opening-day trip to Southampton despite his early exit from the friendly win over Sampdoria.

Abraham scored his third goal in four Swans appearances as Paul Clement’s men chalked up an impressive 4-0 victory in their final dress rehearsal ahead of the new Premier League season.

But the on-loan Chelsea striker was forced off 17 minutes from time after receiving treatment on the pitch.

However, Clement is optimistic that Abraham will be available when the Swans play their first top-flight game of 2017-18 at St Mary’s in seven days’ time.

“Tammy coming off was more a precaution than anything,” said the Swans manager.

“He felt a bit tight in the groin so rather than risk it, he said he wanted to come off.”

Clement worked hard to secure Abraham’s services this summer, with a number of clubs interested in the Stamford Bridge starlet.

He feels there are areas where Abraham needs to improve – but is convinced he can thrive in the Premier League this term.

“Tammy did well today – he was a threat in behind,” Clement added.

“Some of his back-to-goal stuff needs to improve, as does his cohesiveness with the other players and also the defensive side.

“But he is a goalscorer and that’s why I worked hard to get him here. He has scored three goals in pre-season and he didn’t play in the first two games, so he has done well.

“I believe he can do well in the Premier League. He is unproven at this level but he has always scored goals at every level he has played at.

“Now he needs to make that next step to do it in the Premier League. I have confidence that he can do that and he has full confidence too.”

Clement feels Abraham gives the Swans added threat on the counter-attack compared to last season due to his mobility and pace.

But he is also relishing the return to fitness of Fernando Llorente, who will not feature at Southampton after breaking his arm but should be back in action soon.

“We want Fernando back as quickly as possible – I am looking forward to having options with Fernando, Tammy, Jordan Ayew and also Oli McBurnie,” Clement said.

“Luciano Narsingh also came on and did well today. That’s what I want. I would like to have Fernando back for Manchester United, but he will be touch and go.”