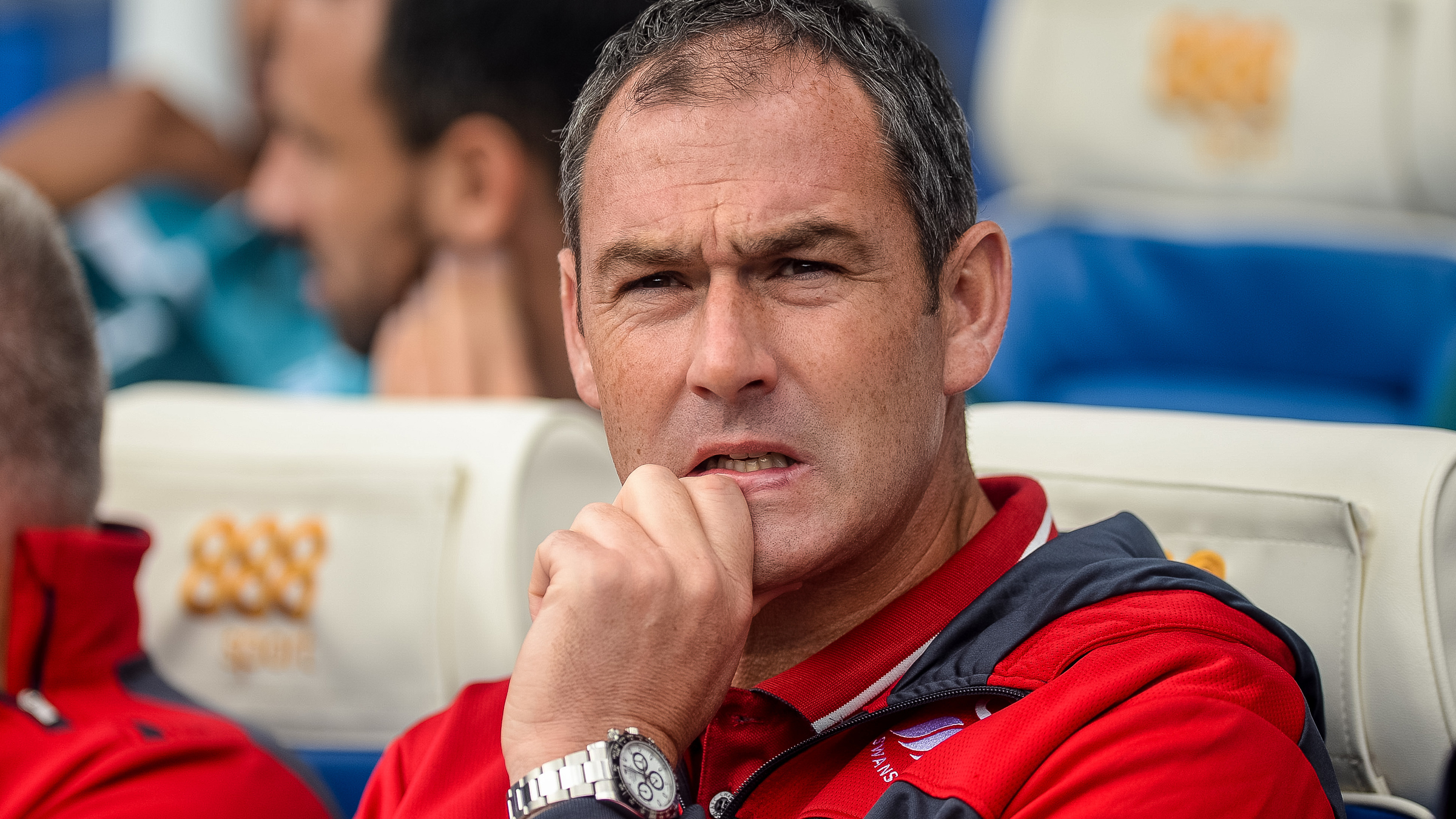 Paul Clement has revealed that transfer business is on hold as Swansea City wait to discover what the future holds for Gylfi Sigurdsson.

There has been speculation about Iceland star Sigurdsson throughout the close season, with serious interest in the player from more than one rival club.

With the new Premier League campaign now just over a week away, Clement feels Sigurdsson’s situation must be resolved one way or another.

Should Sigurdsson depart, the Swans will look to reinvest the transfer fee received.

If the former Spurs man stays, Clement will be quite happy with the players already at his disposal.

“Our transfers are on hold pending the situation with Gylfi,” the Swans manager explained.

“If the situation is that he moves on, the funds will be available to reinvest and strengthen our squad.

“We have targets identified, but not just one, we have to have multiple targets.”

Clement insists Sigurdsson could yet be part of his squad when the 2017-18 season begins at Southampton despite the uncertainty over his position.

Sigurdsson has played in only one pre-season game to date, and will not be involved in this Saturday’s home fixture with Sampdoria.

But he has trained well and could therefore feature at St Mary’s on the opening day.

“Gylfi continues to be a Swansea City player,” Clement added.

“He is training very hard with the rest of the group and his dedication is second to none. He has even stayed out after training today to do extra in front of goal.

“He will not feature for us against Sampdoria on Saturday. I believe the talks are still going on and hopefully we will get some news in the next couple of days.

“A decision would be the best for all parties involved. We have a new season coming up and we want to start well.

“Everyone knows what happened last year. When you don’t get off to a good start, you put yourself under pressure. We don’t want that to happen, we want to start well and everyone wants to know what squad you are going to have going into the new season.

“It does not have to involve selling, but a quick conclusion to this situation would be best for everyone.”