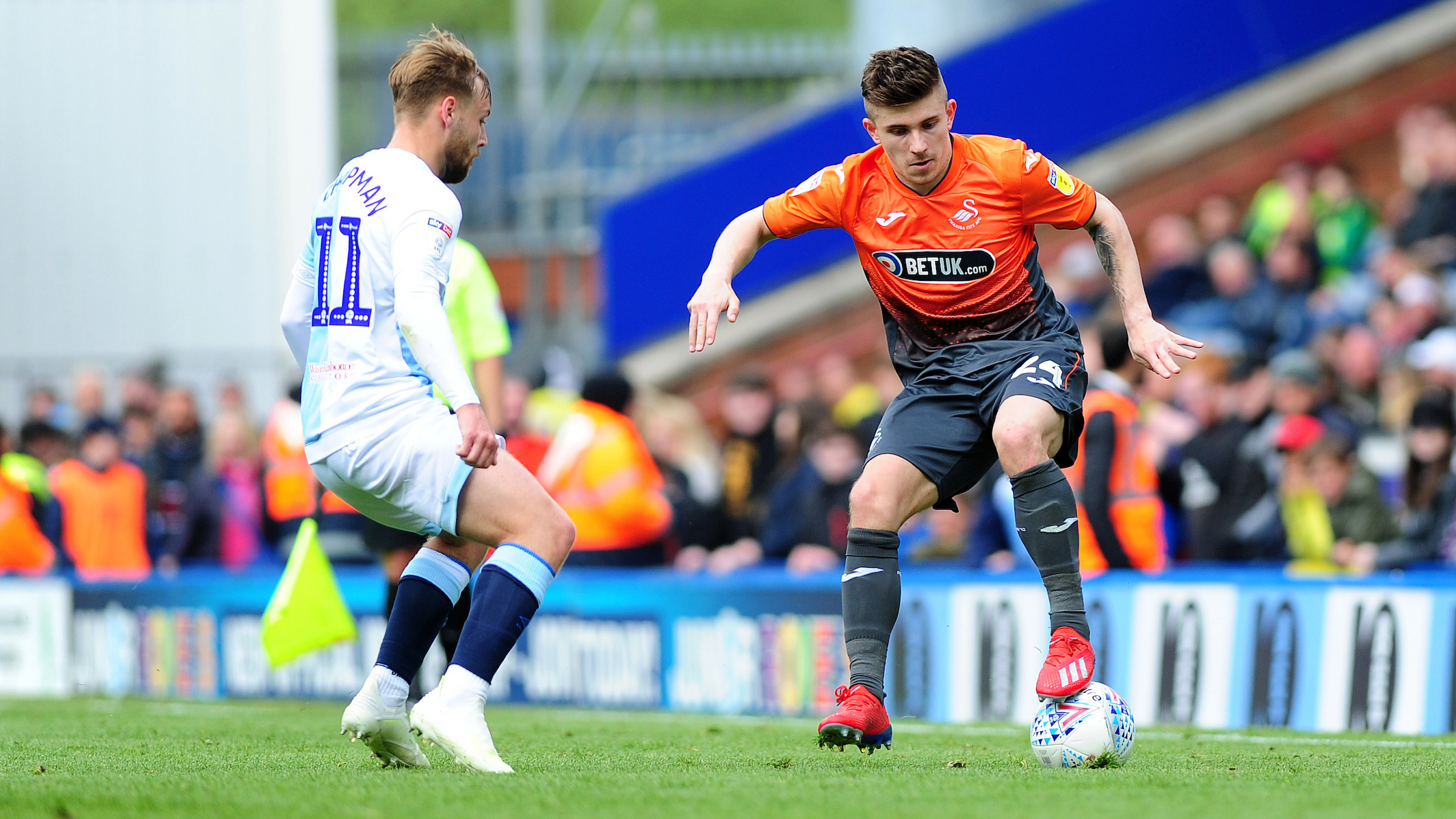 Connor: More to come from Declan

Connor Roberts believes Swansea City fans are starting to see the best of Declan John after the full-back's strong end to the season.

The 23-year-old came off the bench to make his 12th appearance of the season against Derby, producing an impressive attacking showing at left wing-back, before starting the finale at Blackburn in the same position.

The defender has had to be patient for his chance this campaign, with his appearance prior to those two late-season outings coming against Manchester City in the FA Cup back in March.

But Roberts believes the showings of his Wales international colleague indicate is more to come from the left-back next term.

“I though was brilliant when he came on at Derby and he played really well at Blackburn,” said Roberts.

“It is tough to gain a rhythm when you are in and out of the team.

“Credit to him I though he was brilliant on the left for us. He helped create good opportunities. It was just a shame he could not get that bit of luck and get a goal against Derby.

“There is more to come from him next season. We have lots of young players with a lot of confidence.

“Players like Daniel James have not developed overnight. Being given a chance has helped his confidence grow and that has helped him develop as a player. The same could be said for many of us.

“Hopefully that can happen for Declan and a few others so we can put on some good shows next season.”