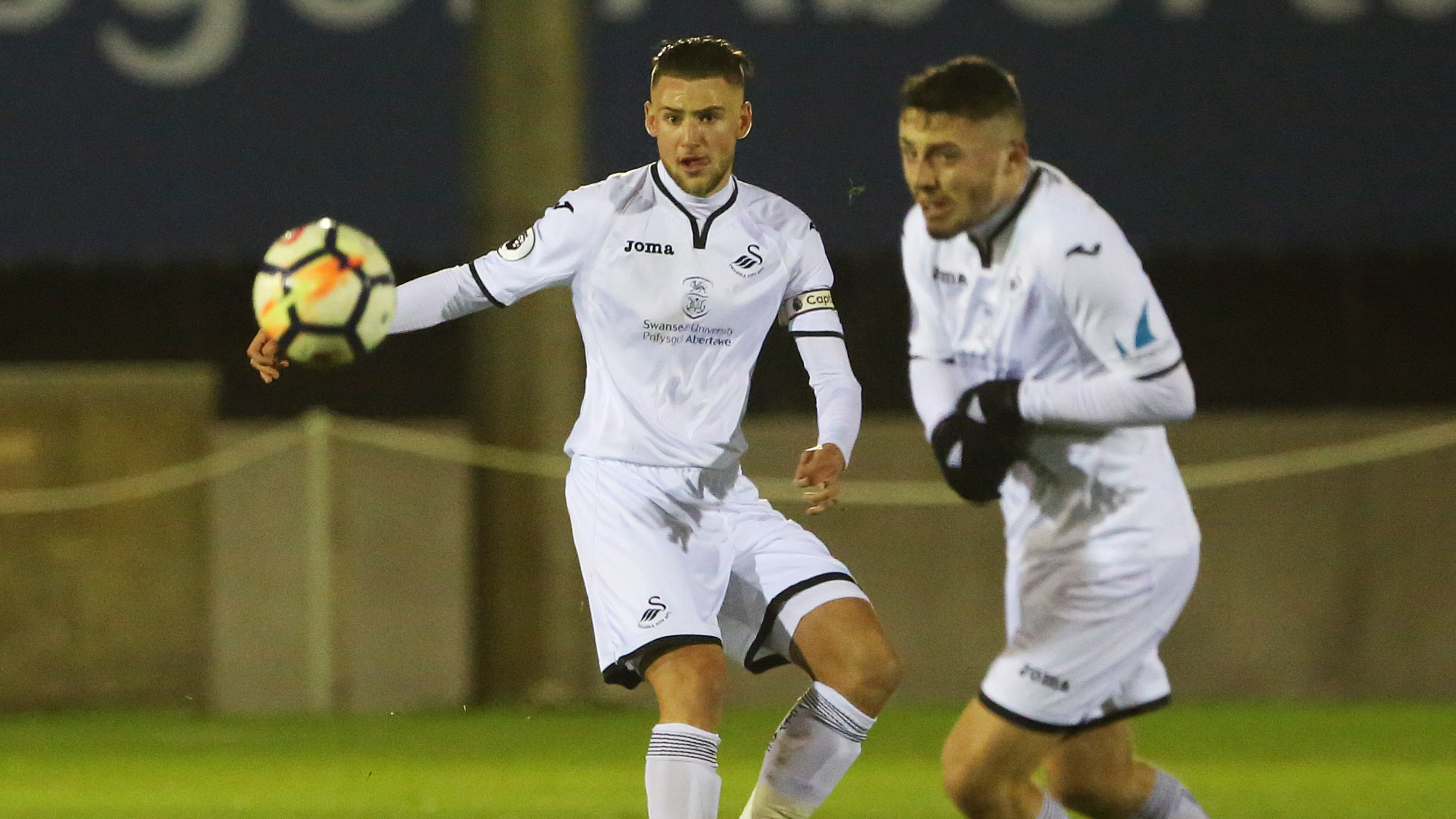 Brandon Cooper says Swansea City Under-18s are aiming to better last season's run in the FA Youth Cup after progressing to the fourth round.

The skipper helped keep a clean sheet as the young Swans claimed a 2-0 victory over Chesterfield at Landore on Friday evening.

The academy side lost out in the fourth round against Newcastle United last term, despite a competitive encounter at St. James' Park.

And after matching last season's progress, Cooper is eager to see the side progress further this time round.

“We’ve definitely got to aim for better,” he said. “We were very unlucky last season and I believe we have improved as a team this year.

“I think we’ve got enough to get through the next round and would be very disappointed if we didn’t. We are just going to see how far we can go.

“It’s the biggest competition for our age group and everyone wants to do well in it.”

Cooper has featured six times for the Under-23s following some solid performances in the heart of defence for the under-18s.

And while taking personal benefits having made the step up, the defender admits he is also trying to use the experience to spur on his team-mates.

“It’s helped my development as a player,” Cooper added. “When I come back to the under-18s I try to pass on as much as I can, as we all want to be better as a team.

“We’ve got to get to the standard of under-23 football, so we may as well try to do it as soon as possible.

“You’ve got to stay hungry, that’s what the best players do. We’ve got to aim for more and more.”