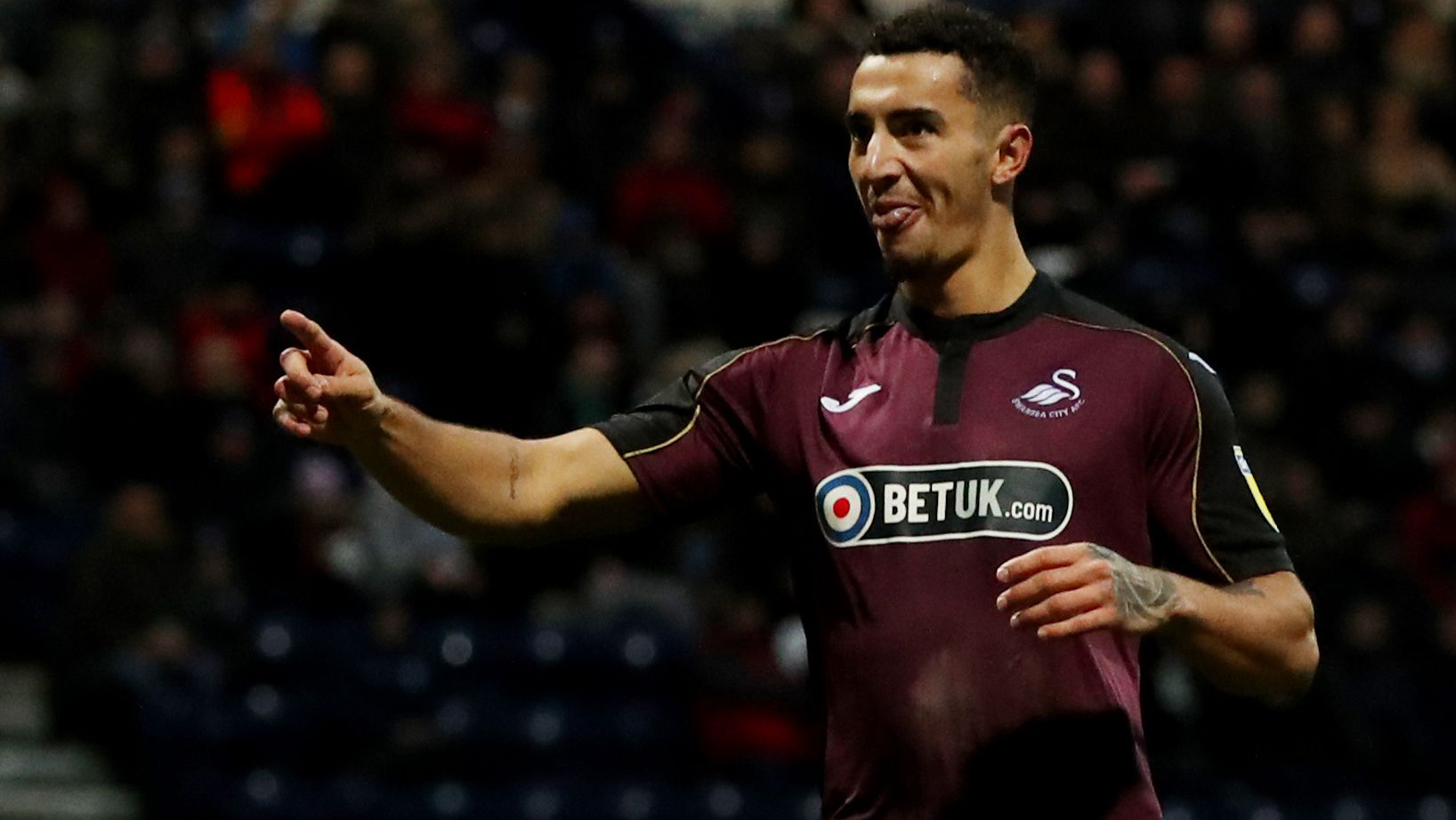 Courtney: I'm playing for the badge

Courtney Baker-Richardson wants to repay Swansea City’s faith in him by producing the best performances he can during the back end of this season.

The Coventry-born striker, who arrived from non-league Leamington in August 2017, has scored three times in 11 games for the Swans in all competitions this term.

With the strong form of Oli McBurnie, Baker-Richardson has had to be patient for his opportunities to lead the line.

Nevertheless, he has found the net twice in his last three starts – opening the scoring in the FA Cup victory over Aston Villa, while he was also on target in the 1-1 draw with Preston North End.

And the 23-year-old is hopeful he can continue to produce the goods as Graham Potter’s men aim to climb the Championship table.

“As a striker, scoring goals is your bread and butter,” he tells today’s Jack Magazine.

“I’m in and around the squad for most of the games and I can feel myself getting better every day.

“The gaffer is great as well. He will always tell us the situation as it is and give us a lot of respect, honesty and time, which is really good for us.

“I’m playing for the badge. Swansea have been great for me so far and I want to repay them by producing the best performances that I can.

“Anything I can do to help the club win or get some points is massive.”

You can read the full interview with Courtney Baker-Richardson in Saturday’s Jack Magazine.

The striker also reflects on just how far he has come since September’s clash with Millwall at The Den, in which he was sent off just five minutes into his Championship debut, as well as the journey that took him from Leamington to the Premier League.

Elsewhere, we hear from manager Graham Potter and skipper Leroy Fer, as well as catching up with former boss Roberto Martinez.

Daniel James revisits notable firsts in his lifetime – including his first football kit and first car – while Wayne Routledge reveals his preferences in our quickfire feature.

Meanwhile, George Byers reflects on his return to the first team and Jay Fulton looks ahead to potentially making his 50th appearance for the Swans.

Also, we celebrate National Pizza Day by looking closely at four Italians that have represented the club – both in a playing and coaching capacity – as well as sitting down with two of our stars of the future in Oli Cooper and Mason Jones-Thomas.

And there is plenty more in today’s Jack Magazine, including all the latest from the academy and ladies’ team, plus everything you need to know about Neil Harris’ Millwall.

Our 16th Jack Magazine of the 2018-19 Championship season is available for just £3 from around the Liberty and the club shop.