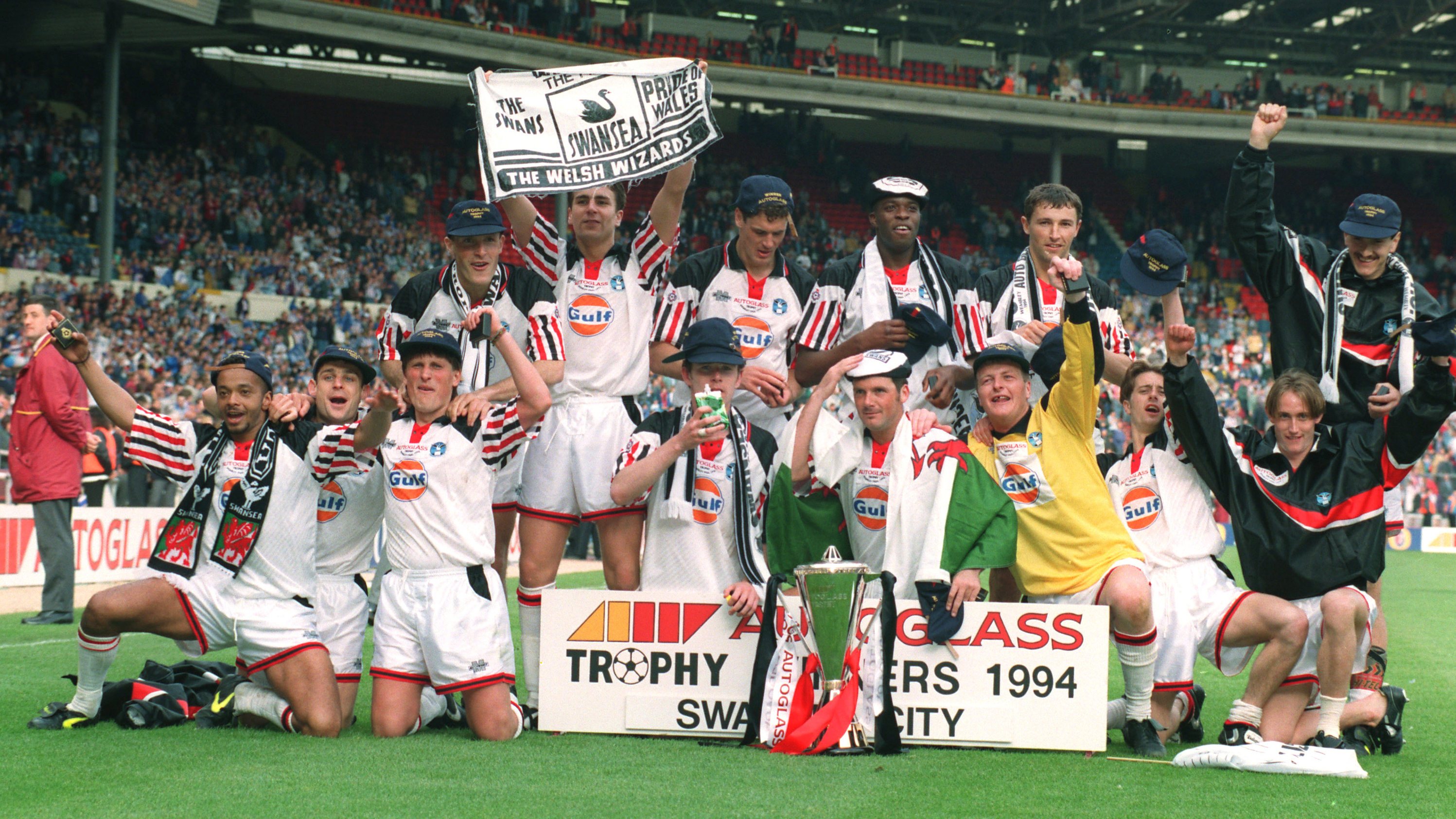 On This Day | Swansea City triumph at Wembley

The 1993-94 Swansea City team are pictured after winning the Autoglass Trophy at Wembley Stadium on April 24, 1994.

The Swans defeated Huddersfield 3-1 on penalties after the match finished 1-1 after extra time.

Having defeated Huddersfield at Vetch Field and drawn at Leeds Road in the league, Frank Burrows’s side felt confident they could overcome the Yorkshire outfit and bring the trophy back to Wales.

Burrows made two significant changes when naming his team, bringing in Michael Basham to replace the injured Keith Walker and starting Andy McFarlane as the main striker.

McFarlane did not take long to show the manager’s judgement to be sound as he netted to give the Swans the lead in the eighth minute with a fine goal.

The Swans’ advantage was retained until Richard Logan scored for the Terriers on the hour mark.

The score remained 1-1 after extra time had been played, meaning the game was decided by a penalty shootout.

John Cornforth, Kwame Ampadu and Steve Torpey converted from the spot, whilst one Huddersfield man hit the bar and Roger Freestone saved from another to see the Swans lift the trophy.

Club
On This Day