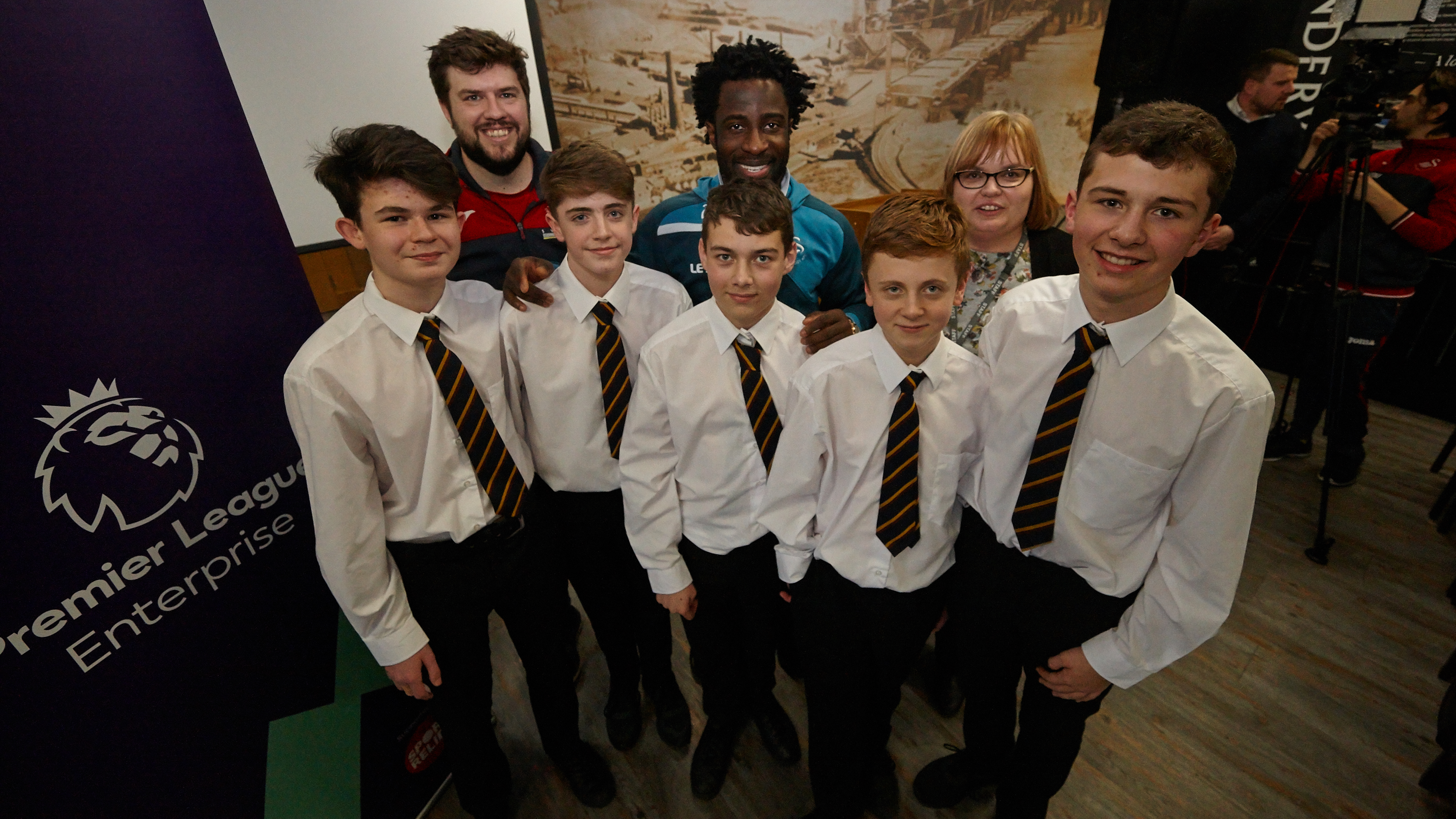 Pupils from Dwr-y-Felin Comprehensive School have won the chance to represent the Swans at this year’s Premier League Enterprise Challenge Play-Offs in Southampton next month.

Schools were this year tasked by Premier League Executive Chairman Richard Scudamore with creating initiatives to encourage diversity during matchdays at their respective clubs.

Pitching an idea called the ‘Swansea Autistic Supporters Trust’, the team from Dwr-y-Felin want to increase the number of autistic fans attending matches by introducing new facilities within the Liberty Stadium.

After impressing the judging panel, the boys were crowned champions but the quality of the entries from Pentrehafod School and Llangatwg Community School was also incredibly high.

“The brief was based around finding ways to make Swansea City more inclusive for all fans, and I thought all the teams who took part came up with very innovative and creative plans to do just that.

“They should be very proud of the business plans they put together and the outstanding professionalism of their presentations. I know the judges were very impressed and found it incredibly difficult to pick a winner.”

Giving Year 9 and 10 students a football business-related task, it aims at improving a range of skills including entrepreneurship, numeracy and presenting.

After being declared winners by a judging panel that included chief operating officer Chris Pearlman, the team were presented with £1,500 from the Community Trust’s Inclusion project to help implement their ideas.

They were also treated to a Q&A with Wilfried Bony, who was impressed with their plan to improve the facilities in the stadium for fans with ASD.

“It’s a very good business plan and it’s great to see what they have achieved,” said the Swans striker.

“It’s important to attract more fans including those with disabilities so it’s fantastic that they’ve won the competition.”

This year also saw the Swans Community Trust partnered with PricewaterhouseCoopers LLP (PwC), a multinational professional services company, to give the teams support ahead of the pitches.

“It was a privilege to represent PwC on the judging panel for the Premier League Enterprise competition organised by the Swans Community Trust,” said Sue Mortimer from the company.

“The standard of input, innovation and deliverables by the local schools represented at the competition was outstanding, showing a high degree of numeracy, literacy and understanding of the importance of inclusion for fans from all backgrounds, including those with disabilities.”
The team will now compete in the next round at St Mary’s Stadium, where they will face teams from other Premier League and Football League clubs and if successful, will progress to the final held in London.

To find out more about Premier League Enterprise click HERE. To get your school involved, email Graham@scfccommunitytrust.co.uk