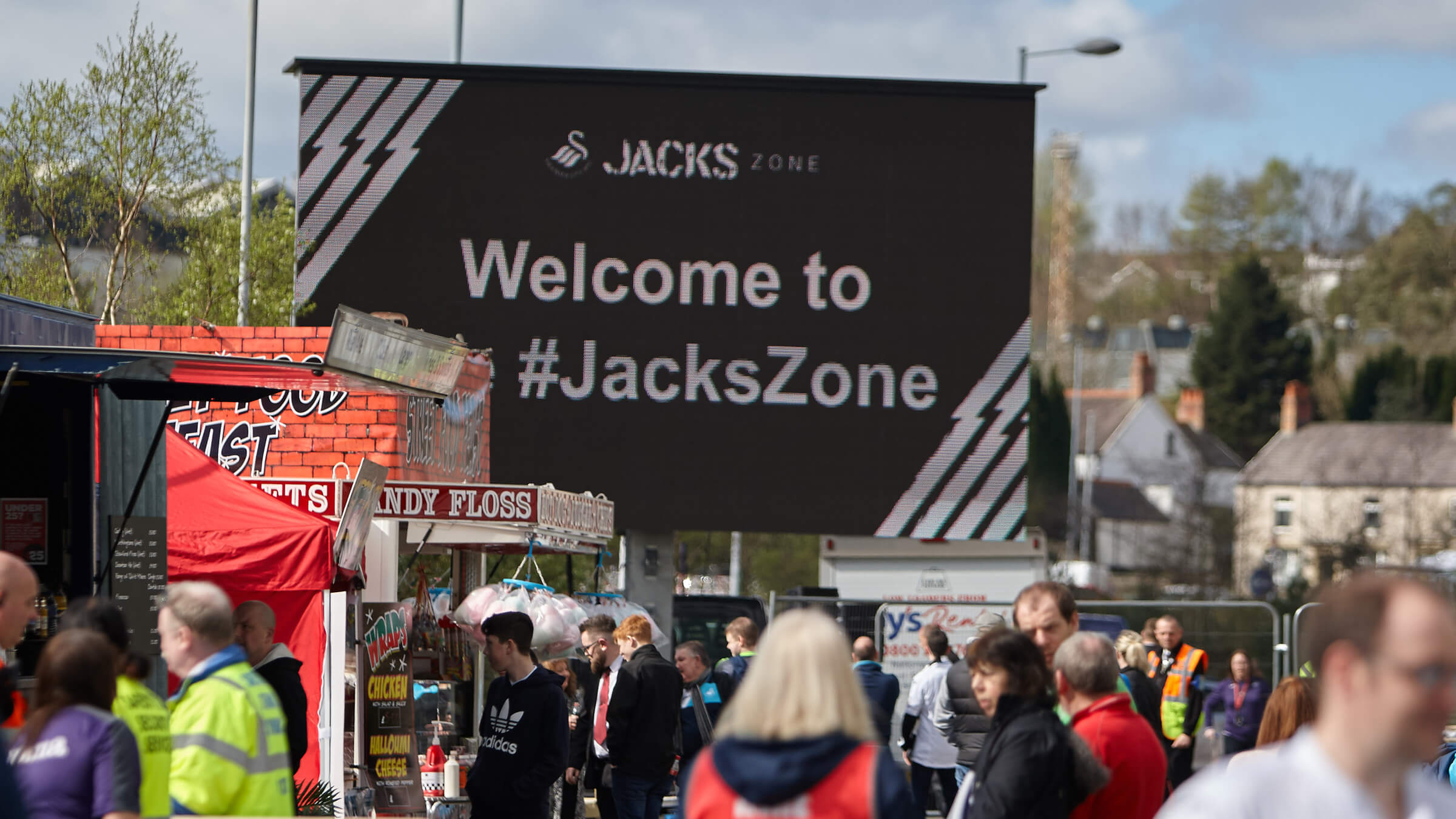 Come and enjoy the ultimate matchday experience by visiting our Jacks Zone before and after Saturday’s Premier League game against Brighton and Hove Albion.

The Jacks Zone, situated in front of the South Stand, is open for home and away fans before the game between 12.30pm and 2.30pm, and until 5.45pm after the match.

The Stoke versus Leicester City clash will be shown live on the big screen from 12.30pm, so you can watch some football before heading in for the 3pm kick-off inside the Liberty Stadium.

The Jacks Zone provides fans with entertainment including live music, Footpool, a speed cage and other interactive games, plus a children’s area with activities. There will be plenty of food and drink available.

So why not start your matchday early and come down to the Jacks Zone, which will then re-open after the final whistle with more live music?

The Jacks Zone will open again for the next home game against AFC Bournemouth on Saturday, November 25.

Please note, you must have a match ticket to enter the Jacks Zone. Under-14s must be accompanied by an adult. The Jacks Zone will be closed during the game.

To make the most of your visit to the Liberty, see our new guide for home fans HERE

Away fans also have a separate guide to the Liberty, which can be accessed HERE