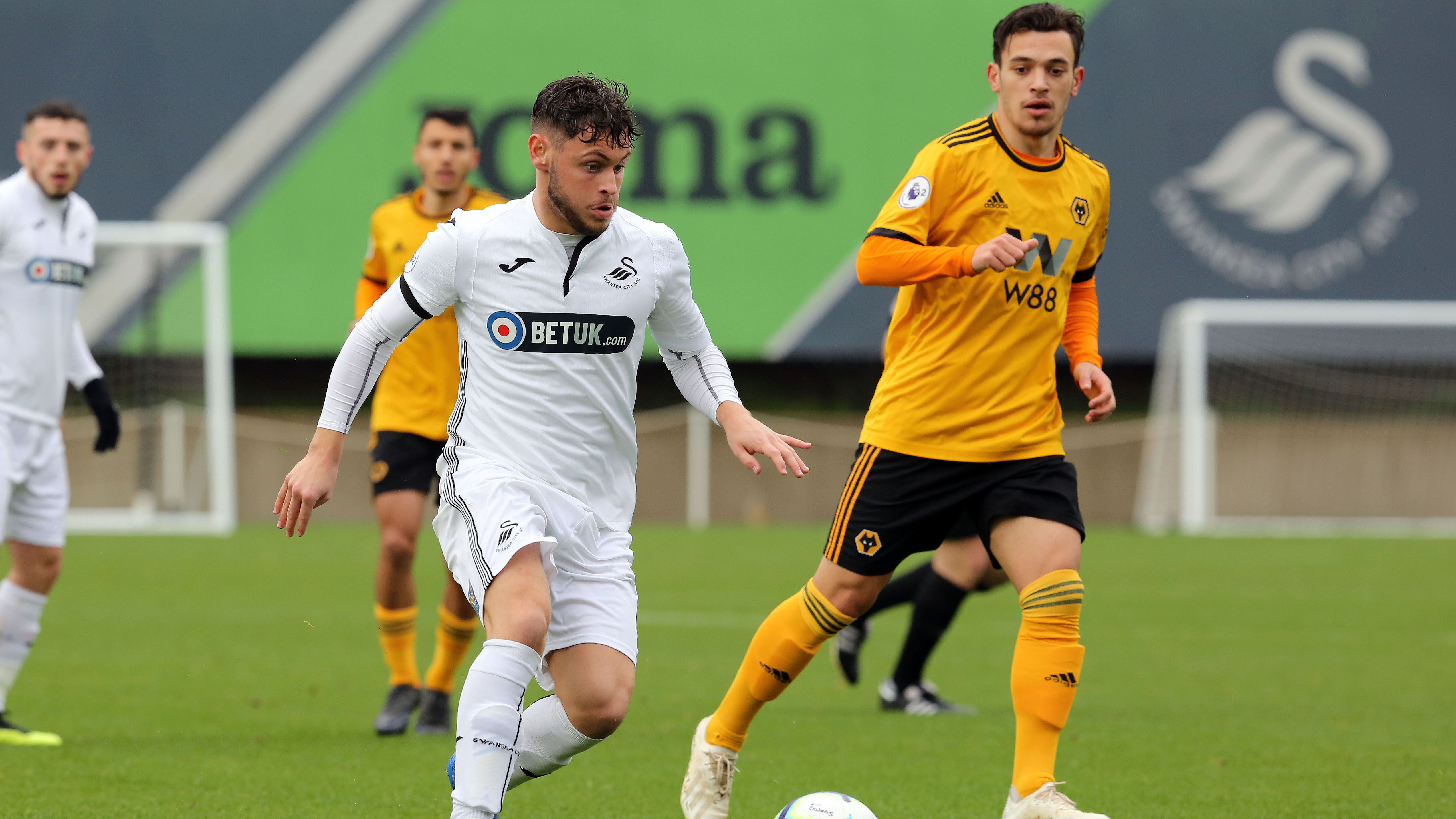 Keiran Evans wants Swansea City Under-23s to pick up from where they left off against Chelsea when they face Hull City in the Premier League Cup on Friday.

The young Swans travel to Humberside for their penultimate Group E game buoyed by their impressive 2-0 win over the Blues in Premier League 2 last weekend.

They are currently second in the group with seven points from four games and will take a giant stride towards securing qualification for the knockout stages with victory against the Tigers, ahead of Tuesday’s finale away at Wolves.

Indeed, depending on the outcome of Wolves' game against Oxford United, their progression could be confirmed on Friday night should they avoid defeat.

And Evans has encouraged his team-mates to build on their momentum by getting a positive result.

“We had a good win against Chelsea last week. Everyone worked hard and it was a great result," he said.

“We want to pick up from where we left off there and try to build some momentum by maintaining that mentality, continuing to work hard in training and taking it into games.

“We’re doing well in this competition and want to qualify for the knockout stages.

“We don’t want to go into our final game needing to win so, hopefully, we can get a good result and make life easier for ourselves.”

Hull are unable to catch the Swans and will be playing for pride on Friday, having collected just three points from their opening five games.

The young Tigers produced a spirited second-half performance when the two sides met at Landore in November, and were unfortunate to leave South Wales empty-handed as the Swans held on for a 2-1 win.

And Evans is fully aware that they must not be underestimated.

“We’ve got to keep our heads and have the right mentality,” he said.

“When we played them in the reverse fixture, they played with real purpose in the second half and were focused on getting the win.

“We know they’re going to be a decent team and provide a good test for us.”

The 19-year-old midfielder, who has endured a lengthy battle with injuries over the past year-and-a-half, has enjoyed a regular run under Gary Richards and Cameron Toshack in recent weeks – playing in four of the development side’s six matches in all competitions in 2019.

He has also appeared in three of their four games in this season’s Premier League Cup, and is hopeful he can repay the coaches’ faith with good performances.

“I’ve had quite a lot of little niggles for the past couple of seasons, so it’s been good for me to get more game time,” he added.

“Now that I am getting these opportunities, it’s important that I take them by performing as well as I can.

“I’m back in the team and we’ve had a couple of wins so, on a personal level, things are going well for me at the moment.”

You can watch the young Swans in Premier League Cup action LIVE on swanseacity.com from 7pm on Friday.