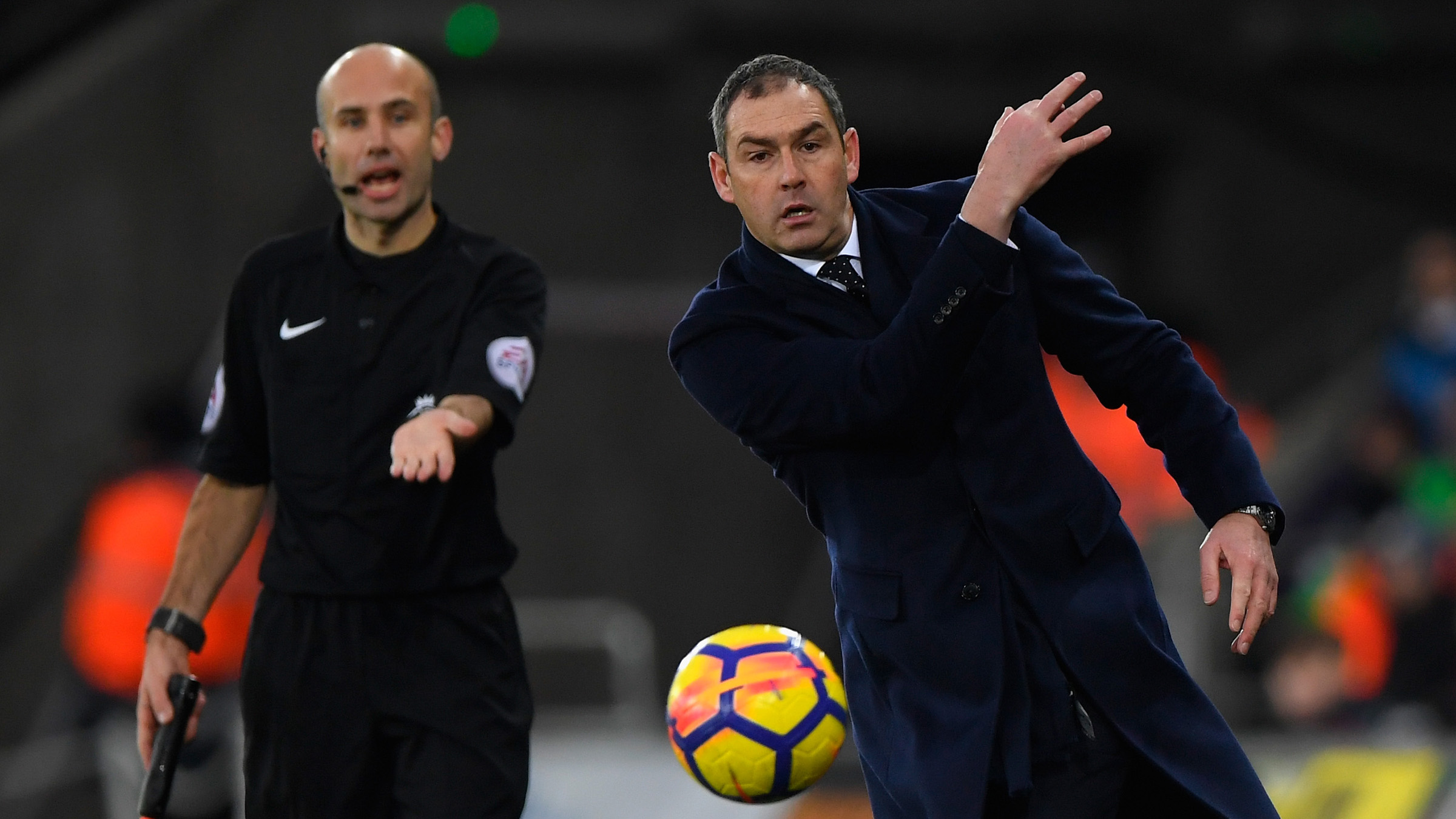 Swansea City go to Everton on Monday night looking to continue their impressive recent run against the Merseyside club.

But they will face a big test against a Blues side who have found their form following a poor start to the season.

There was a strange feeling for the Swans last season when they went to Everton and saw Ashley Williams lining up in a blue shirt.

This time round it will be the sight of Gylfi Sigurdsson in home colours which does not seem quite right.

One of the stars of the Swans side before his big-money move to Everton in the summer, Sigurdsson did not have an easy to start to life in Liverpool as his new side struggled for form.

But he is starting to look at home now, with two goals in his last five matches.

Another Sigurdsson strike on Monday would be tough for the Swans to swallow.

The Swans are hopeful that Wilfried Bony will be fit to feature on Monday despite the striker signalling that he needed to come off during the Manchester City game last Wednesday.

And given his influence in recent matches, that is great news.

Yes, Bony did not have much of an impact against City, but it was that kind of night as the leaders took charge in SA1.

The Ivorian was a key figure in the West Brom win, and has been the line leader for his team over the last few weeks.

Paul Clement will want more of the same at Goodison Park.

Having lost their way under Ronald Koeman and then struggled with David Unsworth in caretaker charge, Everton are looking a much more formidable proposition following the appointment of Sam Allardyce at the end of last month.

In fairness to Unsworth, he signed off with a thumping victory over West Ham.

Allardyce has since overseen wins over Huddersfield and Newcastle, plus a creditable – if somewhat fortuitous – draw at Liverpool, as well as a Europa League success over Apollon Limassol.

The vast upturn in league form has seen Everton move away from the relegation places and into the top half.

The Swans began this season in impressive form on the road, with goalless draws at Southampton and Tottenham coming either side of a 2-0 success at Crystal Palace.

However, their last five Premier League away days have ended in defeats, with two goals scored and eight conceded.

The Swans’ defensive record on their travels this season is very good – only Manchester City and Chelsea have conceded fewer than them away from home – but a lack of goal threat has meant a lack of points.

Clement’s men must try to find a way to change that if they are to topple Everton.

Okay, so the Swans have not enjoyed much success against Everton down the decades.

In fact, it was not until January last year that the Swans registered a first ever league win against the Blues, and that was the 22nd league meeting of the two clubs.

But it must be said that the Swans have done rather well against Everton in the last few seasons.

There was just one draw from seven encounters in the Swans’ first three years in the Premier League – including one game in the FA Cup – but since then, the Liberty club have gone undefeated in seven meetings with Everton.

Can they make it eight?