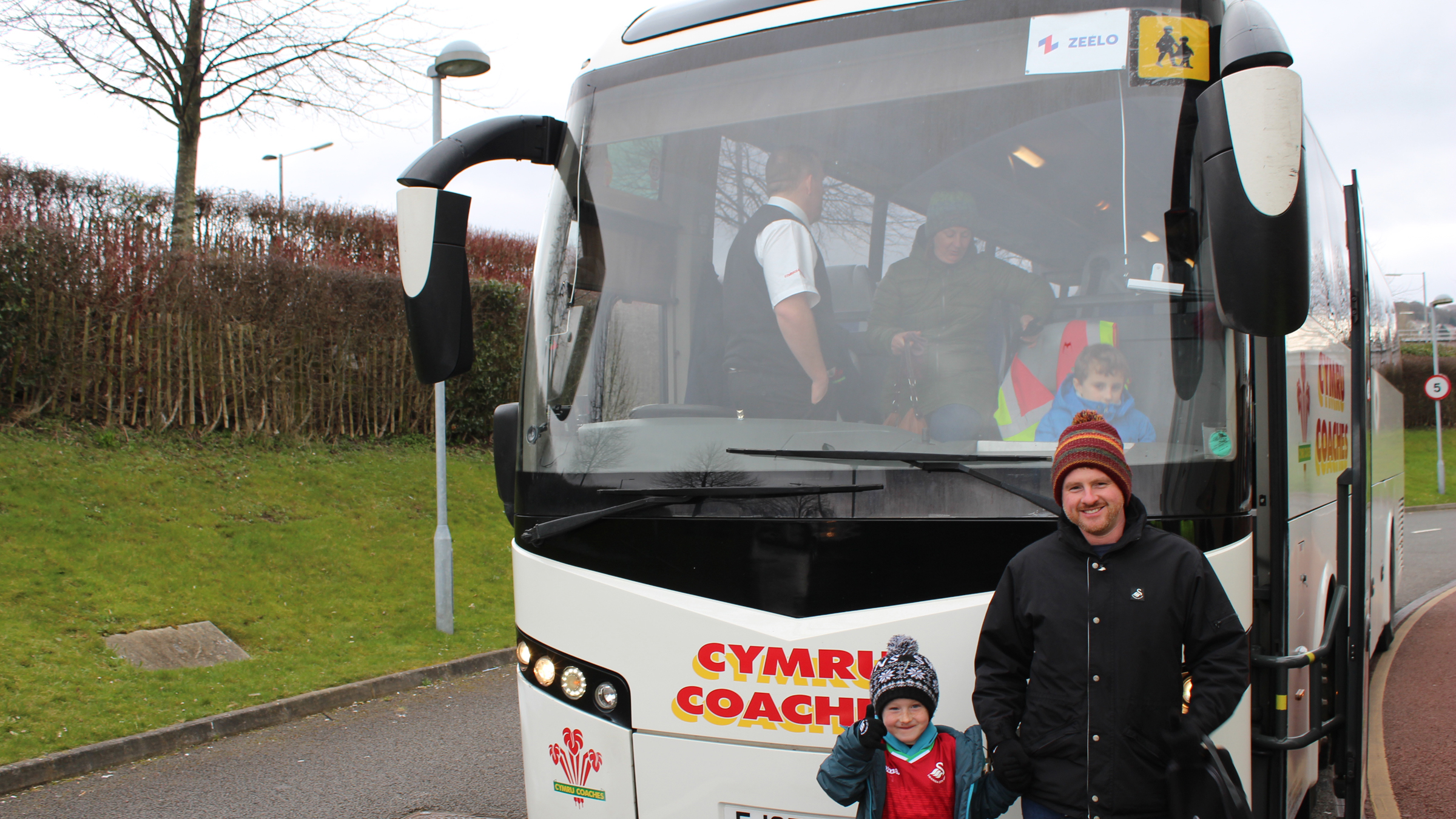 Swansea City’s new partnership with on-demand coach provider Zeelo will be up and running again for the Premier League clash with Everton fuelled by rave reviews from the fans.

Zeelo, which provides Swans supporters with a new innovative way to travel to and from the Liberty on a matchday, has been praised by those fans who used its service on its launch against Spurs and West Ham.

“I think it’s a fantastic initiative. It’s a no-brainer because you’d spend £5 or £6 to park your car, while it only cost me £3.50 to come on the coach,” declared Peter Beynon, who travelled from Tonna with Zeelo.

“It’s the second time I have travelled to the Liberty with Zeelo and I will definitely use the service again. It’s brilliant.”

Cyril Thomas, who took advantage of the Zeelo initiative to travel to the Spurs match from Neath, said: “It’s a great way of reducing traffic around the stadium. There is definitely a need for a service like this and I think people will enjoy the experience.”

Gareth Corbett, who travelled from Bishopston, added: “We had very good service. The driver was very polite and pleasant which added to the experience.’’

Swans fans are able to travel together from 13 locations across South West Wales with the aim of making the matchday experience more enjoyable for the Jack Army, with passengers getting fast entry and exit before and after the game.

Your first trip is also FREE.

The following routes will continue to be in operation for the game against Everton on Saturday, April 14.

Zeelo are offering supporters who didn’t use the service against Spurs or West Ham the chance to travel to the game for FREE with the use of a special promo code SWANS.

For those who will be making their second or third trip against Everton, they can still get a 50 per cent discount by using the promo code SWANS50.

All tickets must be purchased online at https://zeelo.co/t/swansea-city and the promo code SWANS can be entered at time of purchase to claim the free journey and SWANS50 for those making their second or third trip for the 50 per cent discount.

Return tickets will be sent directly to your mobile and are available from as little as £8 return for adults and just £4.50 for children and concessions.

For more details, including ticket prices and pick up times, please visit https://zeelo.co/t/swansea-city.