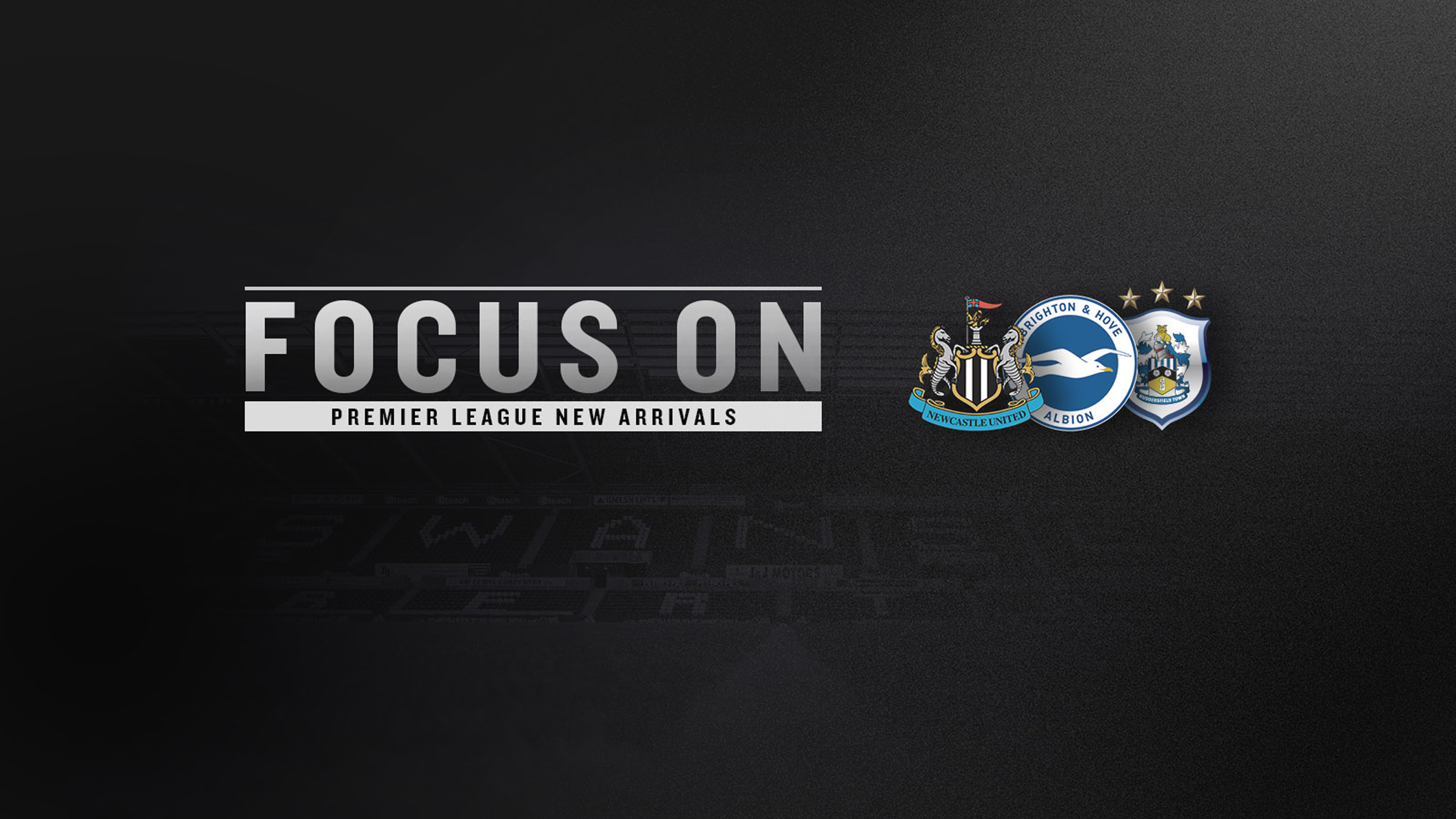 With Newcastle United, Brighton and Huddersfield Town joining the Premier League this season, we take a look at the newly-promoted clubs and their key stats.

NEWCASTLE
How did they gain promotion?
Rafa Benitez's side lifted the Championship title after pipping Brighton to top spot on the final day.
Brighton's draw with Aston Villa, courtesy of an 89th minute equaliser in the final game, handed Newcastle the title and an immediate return to the Premier League.
The Toon finished nine points clear of third-placed Reading, and one ahead of Brighton.

Manager – Rafa Benitez
The former Liverpool and Real Madrid boss kept his word by sticking with Newcastle after failing to save them from relegation.
A hugely experienced manager, the Spaniard's side always looked on course for promotion despite starting the campaign with two losses.

Jamaal Lascelles
Having started his career with Nottingham Forest, Lascelles took on the armband for the title-winning 2016-17 season.
The 23-year-old centre-back played in all but three of his side's league campaign as he proved a strong leader in the hear of the Newcastle defence.
He has previous experience of the Premier League, having featured in the previous year as Newcastle were relegated. He also scored in the 3-0 win over the Swans at St James' Park that season.

Key player last season – Dwight Gayle
He proved he was worth his £10million transfer fee by scoring 23 goals in 32 Championship appearances in what proved a memorable first campaign in the North East for the striker.
Gayle left top-flight side Crystal Palace to earn regular first-team football, and he will now return to the Premier League with a point to prove.

Stadium – St James' Park
Newcastle have played at St James' Park since 1892. An iconic stadium with a great atmosphere, it holds over 52,000. The Swans last played there in April 2016, suffering a 3-0 defeat.

Brighton
How did they gain promotion?
The Seagulls will play Premier League football for the first time after finishing runners-up in the Championship.
They were disappointed to have missed out on the title, with only Aston Villa's last-gasp equaliser on the final day preventing them from finishing top.
However, no-one in Brighton will be pondering on that when they kick off their top-flight campaign against Manchester City at the Amex Stadium.

Manager – Chris Hughton
Hughton experienced his second promotion to the Premier League, having previously led Newcastle to the Championship title in 2010.
The 58-year-old has previously been in charge of Tottenham Hotspur (as caretaker manager) along with Birmingham City and Norwich City, who he helped retain their top-flight status in 2013.
Was appointed Brighton boss on December 31, 2014, and they have steadily improved under his leadership, culminating in Premier League promotion for the first time in May.

Captain – Bruno
Bruno Saltor Grau, or Bruno as he is commonly known, joined the Seagulls on a free transfer from Valencia in 2012.
An experienced right-back, the 36-year-old was named in the Championship team of the year for the second consecutive year.

Key player last season – Anthony Knockaert
While striker Glenn Murray's 23 league goals played a pivotal role in Brighton's promotion, it was Frenchman Knockaert's contribution which really stole the show.
The former Leicester City winger has proved a revelation since returning to English football in January 2016 following a spell with Standard Liege.
He played in all but one of Brighton's league games, and chipped in with 13 goals and eight assists which led to him being named the Championship Player of the Year.

Stadium – Amex Stadium
Brighton moved to the Amex Stadium in 2011, having spent the previous 12 years without a permanent home after playing at the Goldstone Ground, Gillingham's Priestfield Stadium and then the Withdean Stadium.
The Amex currently has a capacity of 30,750, and it will be the Swans' first visit to the venue.
The Swans' previous clash at Brighton came when the club sealed the League One title thanks to Febian Brandy's goal in 2008.

HUDDERSFIELD TOWN
How did they gain promotion?
The Terriers ended their 45-year hiatus from the top flight of English football by winning the Championship Play-Off final - defeating Reading after a dramatic penalty shootout.
A consistent campaign saw them rarely out of the top six, with David Wagner's side now looking forward to their first taste of the Premier League.

Manager – David Wagner
Born in Germany but played internationally for the USA, Wagner became the first foreigner to manage Huddersfield in the club's 107-year history.
He spent four years in charge of Borussia Dortmund's second team before agreeing to take control of the Terriers in 2015.
The 45-year-old's first full season in charge could have not gone much better, with the tense penalty shootout at Wembley seeing Huddersfield became the Premier League's newest member.

Captain – Mark Hudson
An experienced defender, Hudson has previously played at Crystal Palace, Charlton and Cardiff City.
He moved to Huddersfield in 2014, and featured in 22 of their 46 league matches last term.

Key player last season – Aaron Mooy
The Australian joined Huddersfield on loan from Manchester City a few days after signing a deal at the Etihad Stadium, and his temporary spell proved to be a hugely successful one.
The deep-lying midfielder was named the Terriers' Player of the Season after scoring four goals in 51 appearances, while he provided seven assists. Comfortable on the ball, only Fulham's Tom Cairney (3,632) completed more passes than Mooy (3,101).
This is not Mooy's first experience of British football, having previously spent time at St Mirren and Bolton before returning to his homeland.

Stadium – John Smith's Stadium
The Terriers have played at the stadium, which plays host to football and rugby league, since 1994. It has a capacity of 24,500 and is more than familiar with Swans fans.
The Swans' previous trip to Huddersfield came in 2008, when Angel Rangel and Leon Britton started in a 1-0 win courtesy of Jason Scotland's strike.