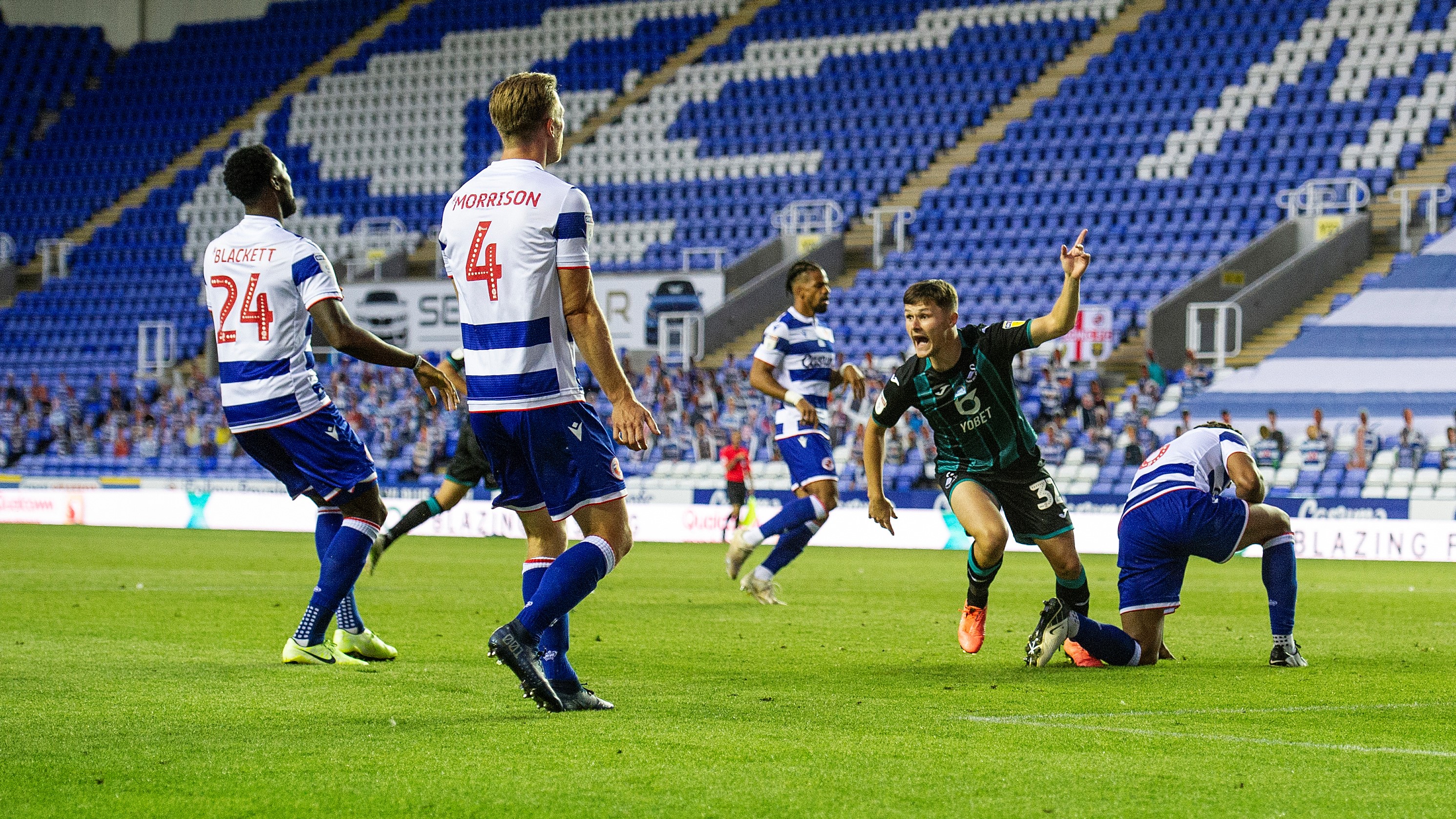 Liam Cullen reflected on a dream come true as his first senior goal helped Swansea City beat Reading 4-1 and secure a play-off spot in an incredible final round of Championship fixtures.

Cullen came off the bench with nine minutes left at the Madejski Stadium with the Swans leading 10-man Reading 2-1, but needing to score two more goals to pip Nottingham Forest into the top six.

That put the Swans 3-1 up, with fellow sub Wayne Routledge heading home his second goal in stoppage time as Steve Cooper’s side pinched the final play-off spot off Forest, who went on to lose 4-1 to Stoke.

And Cullen, who was drafted into the first-team squad after scoring goals regularly for the club’s under-23 side, was in dreamland after opening his senior account with the most important goal of his career.

“I think proud is one way of putting it. I’ve never felt a feeling like that on a football pitch before,” said Cullen, who made his sixth appearance of the campaign.

“It’s always nice to score having come through the academy, but to get my first senior goal for this club – especially with the circumstances – is amazing.

“I saw Andre going up for the header, so I tried to get myself in the middle of the goal like I’ve been taught for so many years.

“Everyone really backs Andre to win his battles; you’ve seen how good he’s been this season.

“Thankfully, he won that one and it was a bit of a stretch, but I managed to get a good contact on it and just direct it into the top corner.

“I’m a bit gutted there were no fans, but to get it in a game like this, and us secure a play-off spot at the same time, is literally a feeling I cannot describe.

"It was always a dream to play and score for this club. I live on goals really; that’s the only thing I want to do on a football pitch, so to finally get it is a dream come true."

Cullen also thanked Cooper for showing faith in him by promoting him to the senior squad in January, and is already looking forward to the two-legged semi-final against Brentford.

“It’s nice to repay the gaffer’s faith; I’ve been chatting regularly with him during training and he’s always been positive with me and helped me. I’m very proud," added Cullen.

“When the whistle went, we were unsure whether to celebrate because we didn’t know what the result was in the other game.

“When we finally got the shout, they were celebrations like I’ve never had before. We’re looking forward to that game on Sunday now.”