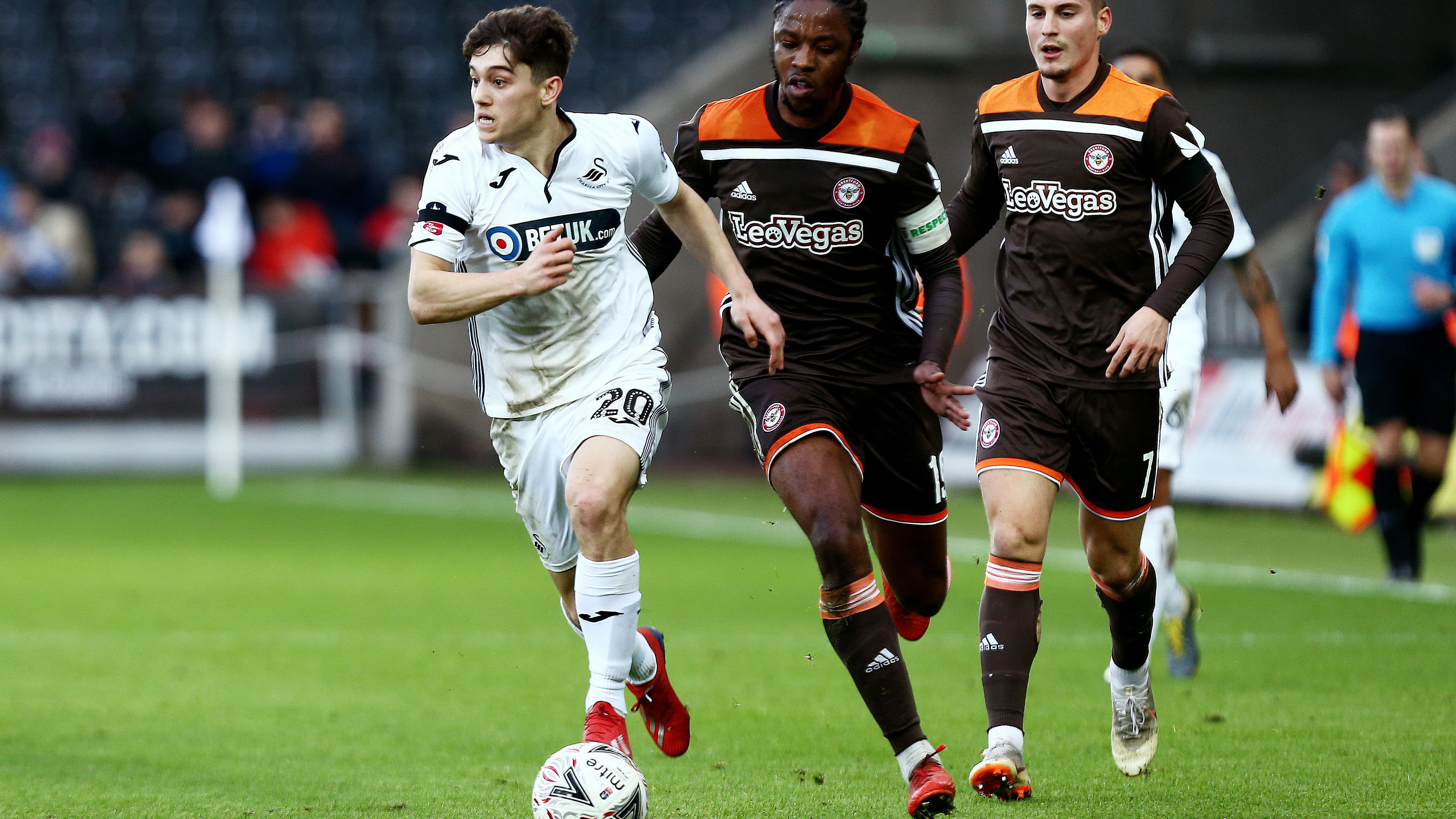 Hard work pays off for Dan

Daniel James believes the hard work he has put in to improving his composure in front of goal is paying off after his stunning solo effort in the 4-1 FA Cup win over Brentford.

The 21-year-old winger played a starring role as the Swans recovered from a goal down to book their place in the quarter-finals of the famous old knock-out competition.

The pick of the quartet of Swans’ goals was James’ remarkable effort.

With the score at 1-1, the breakdown of a Brentford move from a free-kick saw the winger make a block and then pounce on the loose ball.

He was deep inside his own half, but the searing pace of the Wales international took him away from three defenders before beating Luke Daniels in the Brentford goal.

It was James’ third senior goal for the club and – having admitted he needed to improve on keeping his calm in the final third – he felt the manner in which he finished off his devastating run showed the strides he is making.

"I blocked the shot and I could just see about 50 or 60 yards of space. You don’t normally get that and normally you would just kick the ball away," he said.

"But two or three seconds later I was in on goal and it was about me being composed at the end.

"I can say myself that I have not always been composed in positions like that this season. That’s the ultimate goal and I have been working on it. It was about being composed and getting that finish, and thankfully I did.

"Once I took that first touch I knew it was just me and no-one would get on the end of it.

"I knew it was going to be one-v-one, it was just getting the touches right and I put it across the keeper.

"This is one of the best moments in my Swansea career, to come back the way we did."