Swansea City will clock up more than 9,000 miles en route to their 23 away matches during the 2018-19 Championship season.

The Swans are generally required to travel further than most for away days.

And during the forthcoming Championship campaign, they will travel to a total of 9,342 miles – the equivalent of the epic journey to Walpole in South West Australia.

Here, we look closely at how they will reach that tally.

The Swans open their campaign with a trip to South Yorkshire to face Sheffield United. Graham Potter will be looking to inspire a change of fortunes at Bramall Lane, where the Swans have only won once in the league in their history. There was that memorable FA Cup triumph in 2007, though.

After hosting Preston North End at the Liberty, the Swans make the relatively short trip to St Andrew’s, where they are unbeaten in three league matches and were 2-1 winners on their last visit in the 2013-14 FA Cup.

Following back-to-back home games against Leeds United and Bristol City, Potter’s side make their first journey to London to take on Millwall. The Swans earned an important 2-0 victory on their last visit to the New Den in April 2011, thanks to goals from Stephen Dobbie and Darren Pratley.

The Swans welcome Nottingham Forest to the Liberty before heading back to the Midlands to lock horns with Stoke. They will be looking to record their first victory at the Bet365 Stadium since March 2001, when both sides were plying their trade in the third tier.

The Swans have won three of their five most recent meetings with Middlesbrough and they will be hoping to continue that run when they make their longest journey of the season to the Riverside.

The Swans also boast a good recent record against Wigan. After hosting Queens Park Rangers at the Liberty, Potter will aim to see oversee another win over the Latics at the DW Stadium.

After entertaining Ipswich Town, the Swans travel to the Midlands looking to record what would be a fifth straight success over Villa.

Following consecutive home games against Blackburn Rovers and Reading, the Swans step into uncharted territory when they make their first visit to the New York Stadium to face newly promoted Rotherham.

The following week will see the Swans head back north for only their third visit to the Macron Stadium, where they will be targeting a first ever victory.

A tricky period of fixtures sees Potter’s men host Norwich City and West Bromwich Albion before travelling to face Frank Lampard’s Derby at Pride Park. The Swans’ sole victory on this ground came in February 2010, when Shefki Kuqi’s strike proved to be the difference between the sides.

The Swans head back to London the following week to face Brentford at Griffin Park, a ground they last visited in September 2006. The Swans have won each of the four most recent encounters between these clubs.

The destination for one of the Swans’ lengthier journeys, the KCOM Stadium has never been a particularly happy hunting ground for the Swans. Following a visit from Sheffield Wednesday to the Liberty, Potter will be desperate to stop the rot at the home of the Tigers, where the Swans have lost six times in seven visits.

Following a home double-header against Villa and Wigan over the festive period, the Swans’ first away trip of 2019 takes them to Berkshire. They are unbeaten in their last nine meetings with Reading, but former boss Paul Clement will have a point to prove when his side welcome the Swans to the Madejski.

The Swans will be making their first visit to Deepdale since April 2011. Their most recent away victory against Preston three years previously, when Ferrie Bodde and Jordi Gomez were on target in a 2-0 success.

If you’re not a fan of long journeys, then this is the one to keep an eye out for. After hosting Sheffield United and Birmingham, the Swans’ shortest trip of the season takes them to Ashton Gate, where they were 2-0 winners on their most recent visit in February 2011.

The Swans welcome Millwall to SA1 before heading to West Yorkshire to take on Marcelo Bielsa’s Leeds at Elland Road, where they will be aiming for a first victory since September 1949.

Following a home date with Brentford, the Swans return to Yorkshire to face Sheffield Wednesday, who they are unbeaten against in the six most recent meetings between the sides.

After hosting Bolton at the Liberty, the Swans embark on their second-longest journey of the season to East Anglia. The Swans have failed to taste victory in their five most recent visits to Carrow Road, but Potter will be eager to stop the rot.

From East Anglia and back to the Midlands, the Swans will be targeting their first win over West Brom at The Hawthorns since September 2013, when Ben Davies and Pablo Hernandez were on target in a 2-0 success.

West Brom are the first of three Midlands sides to face the Swans during March. After welcoming Derby to the Liberty, Potter’s men head to the City Ground, where they will be seeking a first victory since February 2006.

Following consecutive home games against Middlesbrough and Stoke, the Swans make their final journey to London to face QPR. Potter’s side will draw inspiration from memories of the stunning 5-0 victory over Rangers at Loftus Road in August 2012.

After hosting Rotherham at the Liberty, the Swans travel to Ipswich on Bank Holiday Monday for their penultimate away game of the season. They are unbeaten in each of the last six meetings between the sides and enjoyed an impressive 3-1 win on their most recent trip to Portman Road in December 2010.

Ewood Park will host the Swans’ final match of the campaign. History suggests it will be a difficult proposition for the Swans, whose last victory at Blackburn was in September 1971. 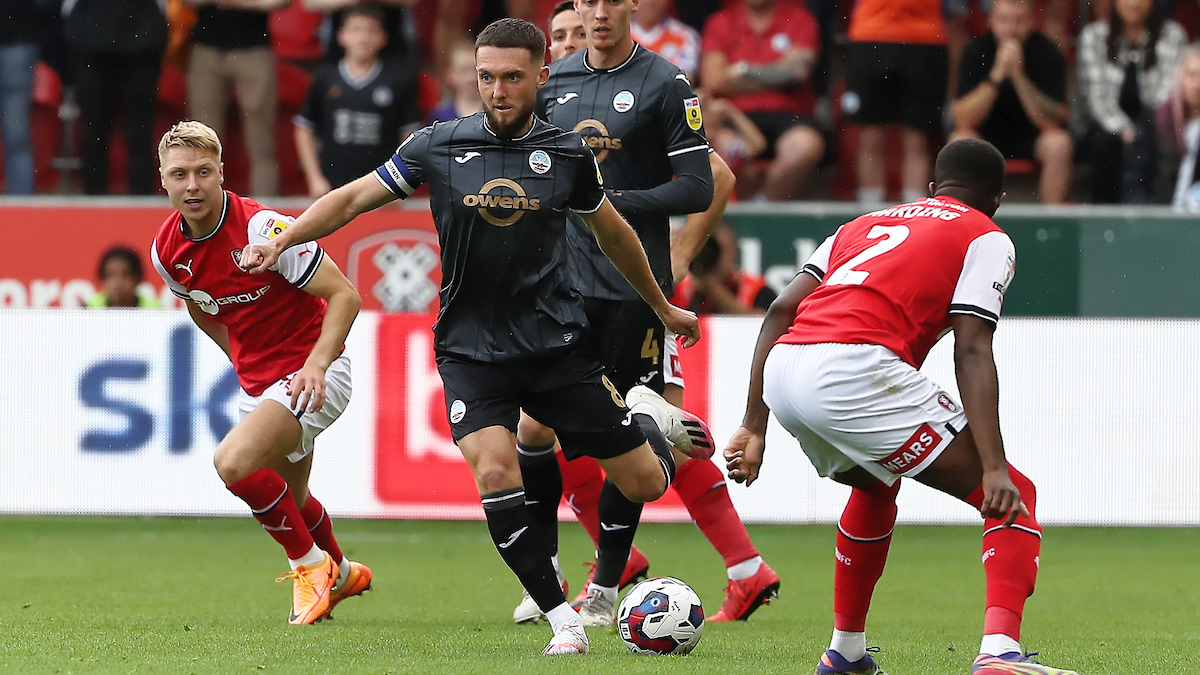 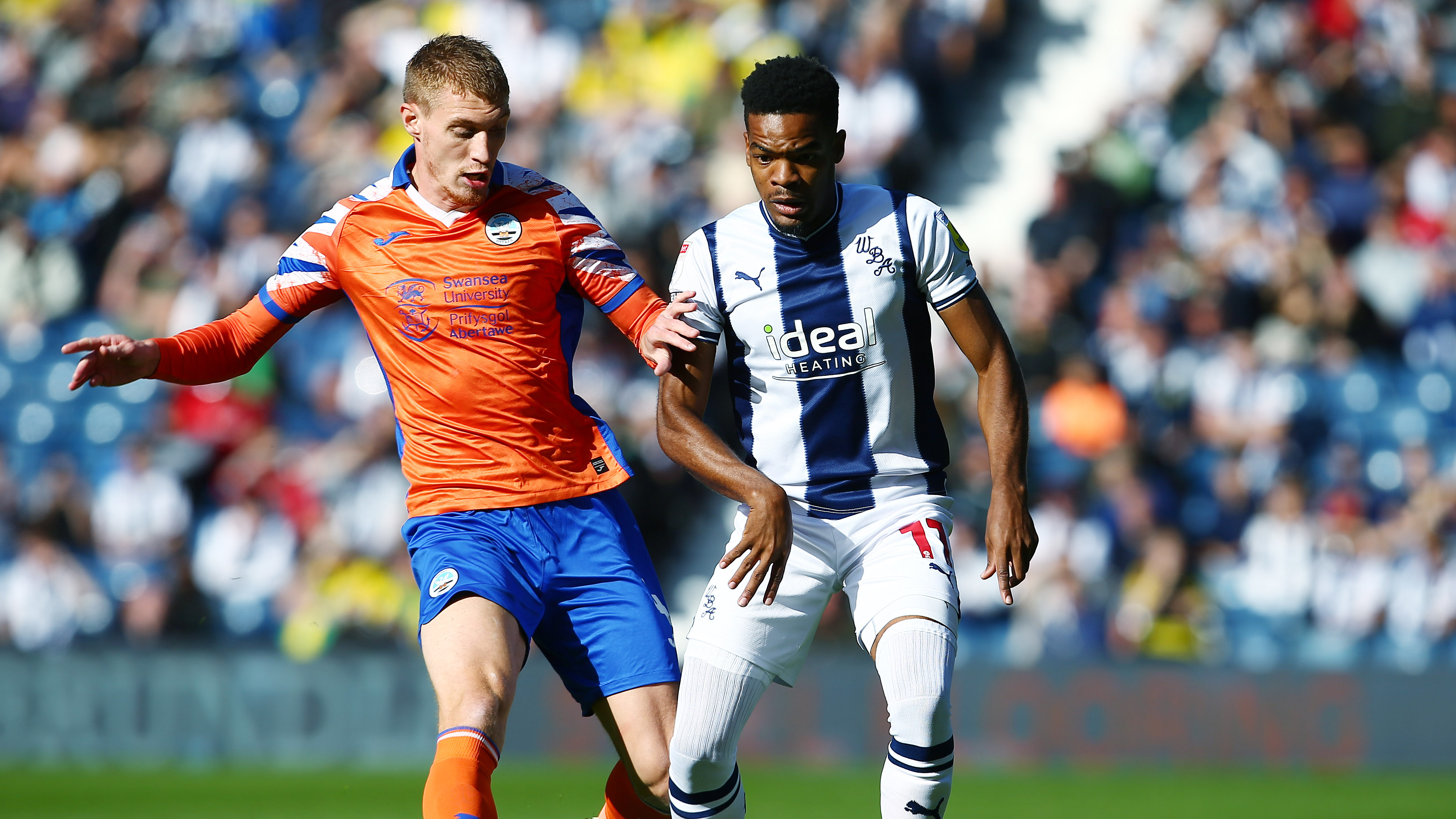