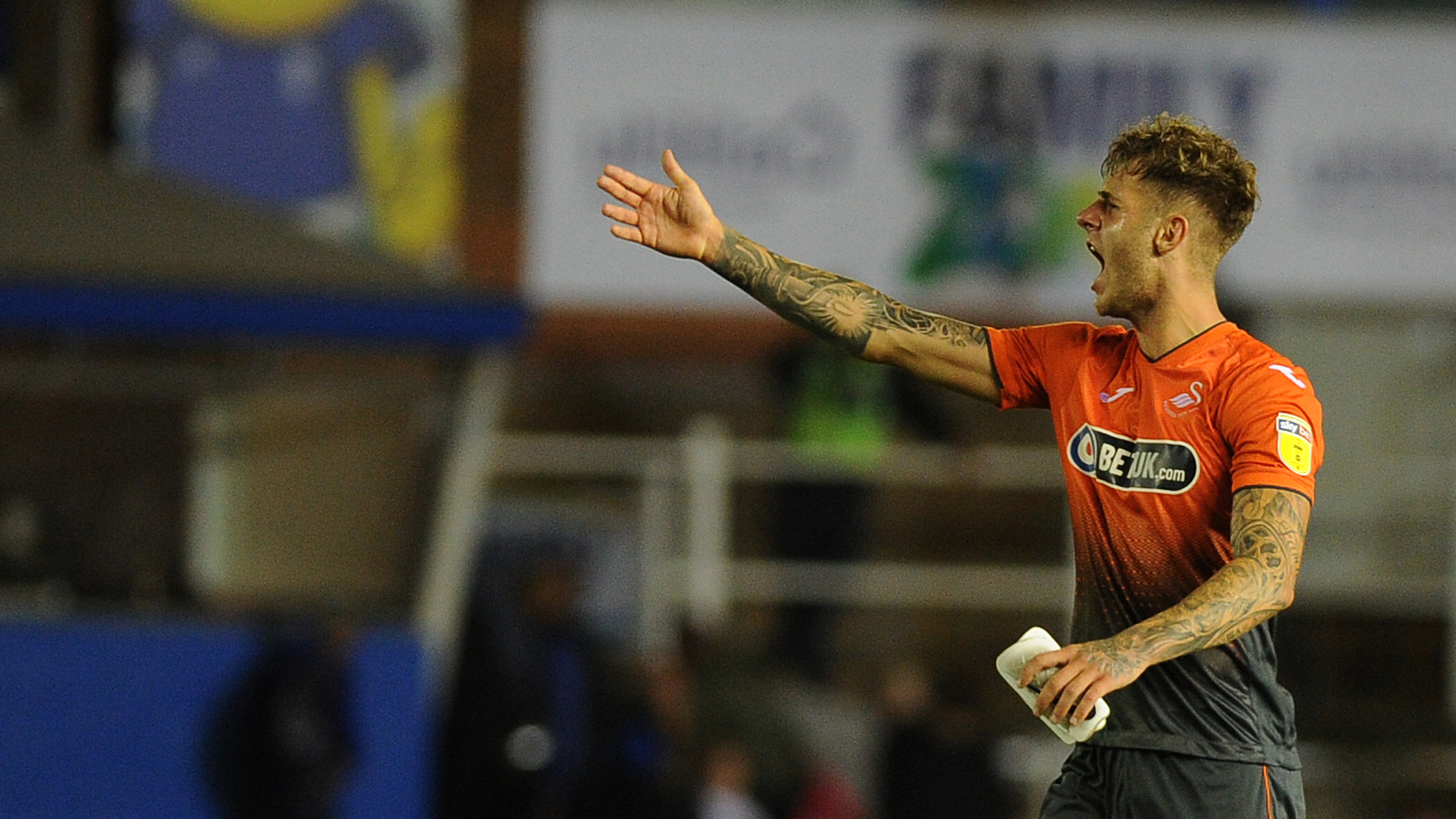 Hobie was the winner of a competition to design a poster to underline health and safety in construction.

The ‘Give 75’ campaign sees members and supporters of the group providing 75 ‘units of something’ to improve safety, health and wellbeing in the community and workplace.

Suggestions for the 75 things included:

– 75 minutes of your time to give information and guidance to a small organisation which does not have your expertise.

– 75 minutes or hours of training.

– 75 people trained in the community.

– 75 lines of public endorsement, for example in your in-house magazine.

– 75 seconds of air time, for example on local TV or radio station

EG Lewis Group visited Coeddfranc Primary School to conduct a health and safety activity as part of the campaign, and provided 75 high-visibility waistcoats for the school.

Competition winner Hobie got the chance to meet EG Lewis Group’s sponsored player, Bersant Celina, as well as the rest of the playing squad, while he also received a signed jersey and a ticket to the Swans’ game with Ipswich.

The visit to Fairwood was arranged through the company’s membership of our City Business Network.

Ben Jenkins, business development and marketing coordinator at E.G. Lewis Group, said: “We would like to thank all at Swansea City for arranging such an enjoyable and worthwhile experience for Hobie and his family, which highlights EG Lewis Group and Swansea City’s commitment to the local community.

“Hobie’s mum Rachel has stressed the impact that this initiative has had on his confidence. He couldn’t wait to show his signed Swansea City home shirt in the school’s afternoon assembly!”