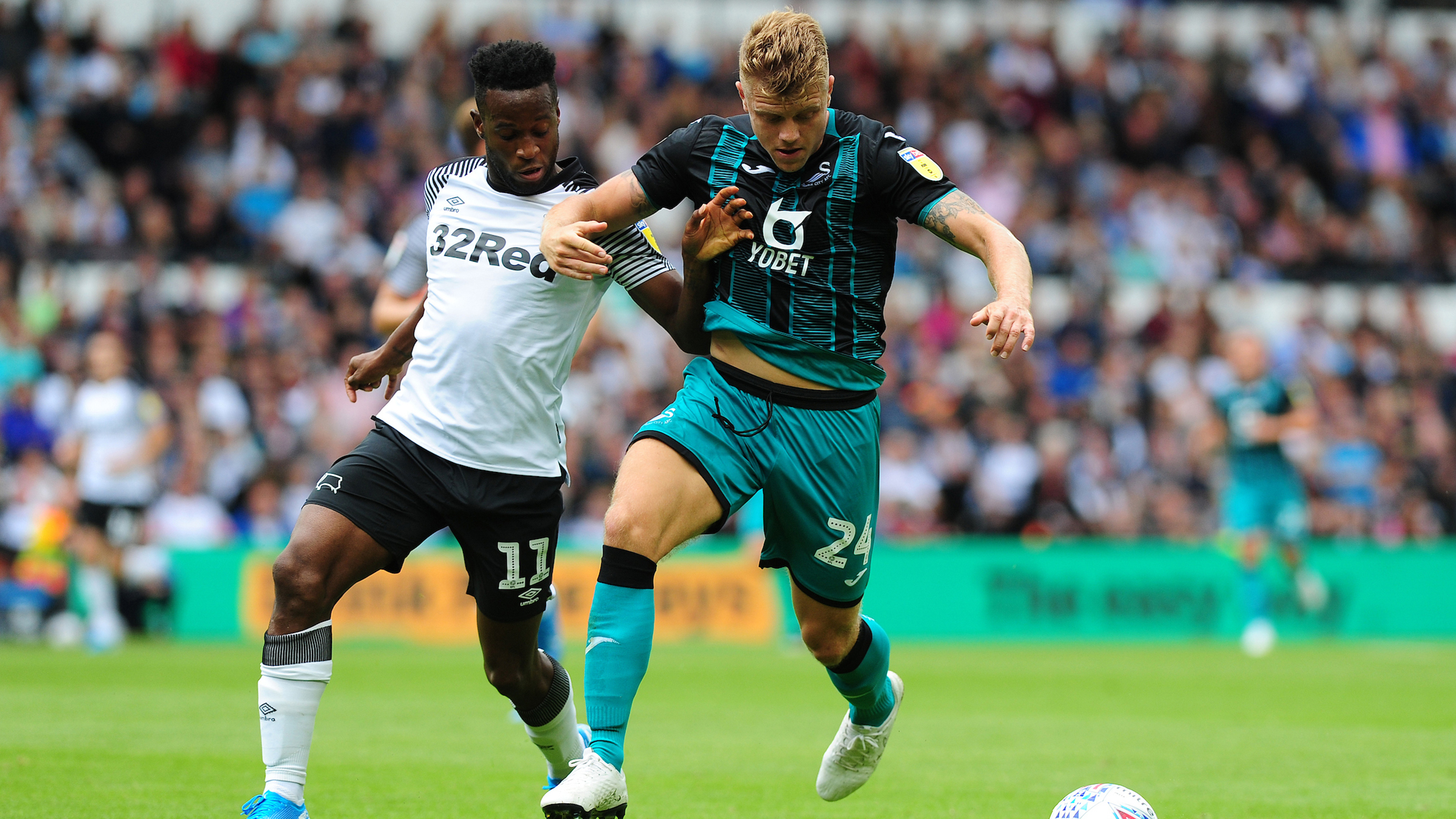 Jake Bidwell expects Swansea City to face a very different test from QPR this season under the control of his old boss Mark Warburton.

Warburton, 56, took charge of the Hoops in the summer – his first managerial role since leaving Nottingham Forest in December 2017 – having won numerous plaudits for the job he did at Brentford.

He helped get the Bees up to the Championship and into play-off contention for a top-flight spot, with left-back Bidwell one of the regulars during that time; earning a place in the League One Team of the Year in 2014.

So the 26-year-old – who himself spent three years at QPR before joining Swansea - knows only too well the sort of challenge Steve Cooper’s men will face in West London tonight (7.45pm).

“QPR is a family club, it’s a great club with history and I know the manager from my time at Brentford so I think things will be different there now from the three years I was there, where it was not an era of success,” he said.

“Their manager likes to play football the right way, he likes to get the ball down. It’s different to the last couple of years there, it will be a big change and we will study that and look to continue our good run.

“I had many good results there and it can be rocking there if they get on top, we want to go there and make sure it is the Swans fans making the noise.

“The gaffer has made clear we go into any game wanting to put our stamp on it, to play our way and get three points. He will have a gameplan for us to go and do that.”

While the Swans have been in excellent form at home in 2019, going unbeaten in 13 league fixtures on home turf, they have not enjoyed life on their travels.

In fact, there have been just two away Championship wins in 2019; at Reading and Ipswich.

And it’s a record Cooper and his players are keen to improve on.

“We have tweaked a few things and we have spoken about the away form as something to improve,” added Bidwell.

“I think you could see at Derby that we looked pretty solid, or at least that is certainly how it felt. We want to build on that.

“We have had a good start, we have not played as well as we would like but we have been coming away with points.

“We are not getting carried away by any means because we are nowhere near where we want to be but it’s not a bad thing to be putting points on the board.

“There are lots of things we want to improve on.”

Jake Bidwell believes last year’s play-off pain can help Swansea City in their pursuit of a place in the Championship play-off final when they host Barnsley on Saturday.