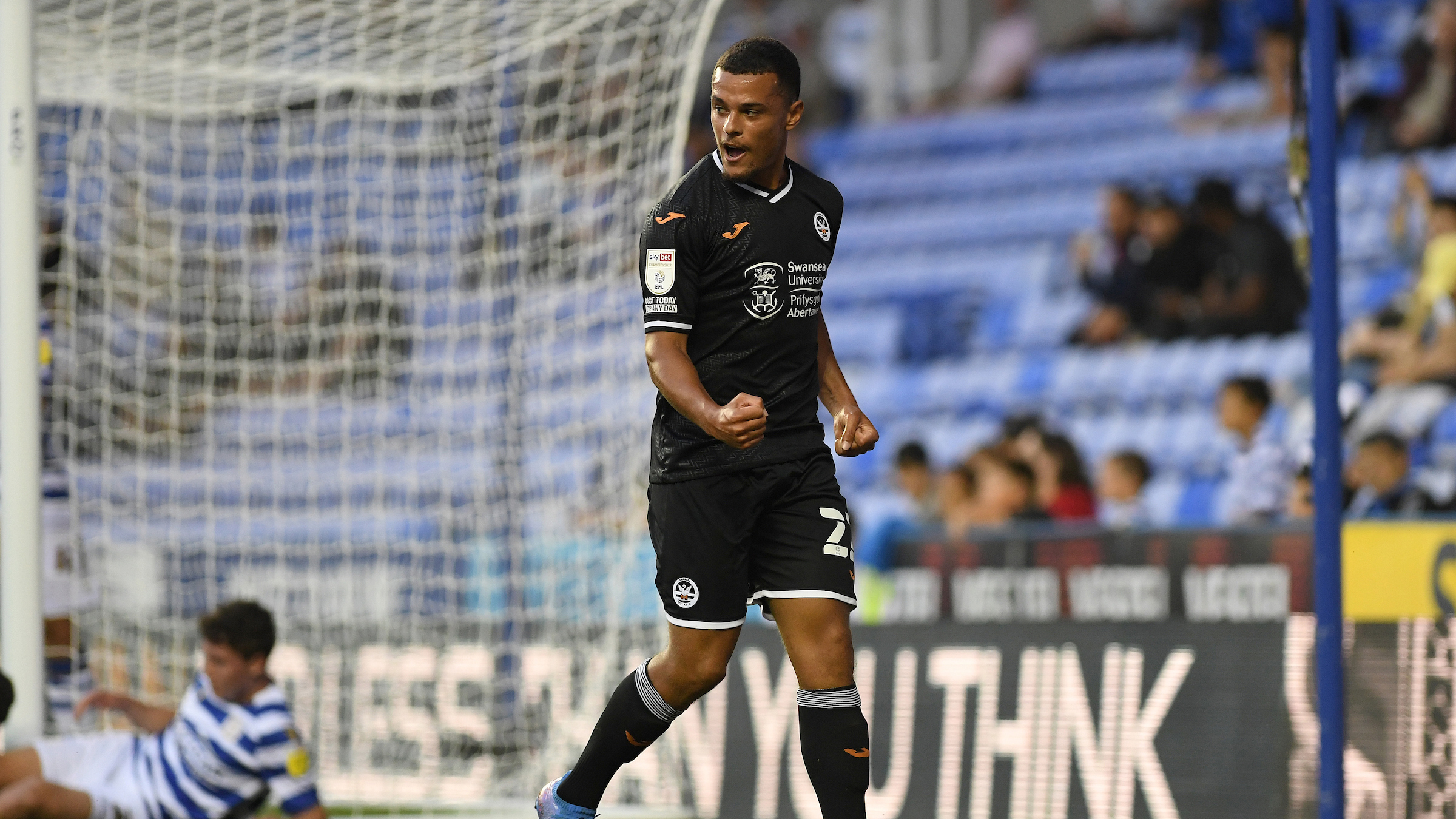 It may have been unexpected, but Joel Latibeaudiere enjoyed the opportunity to show off his versatility in Swansea’s Carabao Cup victory over Reading.

The defender was the first name on the scoresheet at the Select Car Leasing Stadium, netting his first Swansea goal in a comprehensive 3-0 win over the Royals.

Latibeaudiere had exclusively featured as a centre-back in his Swans career to date, but was handed the opportunity to feature at wing-back in the midweek fixture.

The 21-year-old relished the freedom to get into attacking areas, and proved a good outlet down the right flank, leaving him grateful for the trust Russell Martin had placed in him by playing him in an unfamiliar role.

“I thought I did a good job for the team. I’m lucky that I can play a few positions on the pitch and the manager trusted me to play there,” said Latibeaudiere..

“With a few shortages that we’ve got at the minute with injuries and the COVID situation he wanted to see me there and to see if I could do a job there.

“I enjoyed it and managed to get up the pitch a few times and put a few crosses in, it was fun. I loved going back into my normal slot at the end too to see it out.

“The wing-back position was new to me, I’ve played full-back before but a very defensive full-back, so being on the attacking side was different but I enjoyed it.

“It was literally just the day before the game that I tried [the position] in training for the first time, because I was in recovery the day before from Saturday’s game.

“I went through a few clips with the coaching staff and they were a massive help, and I just tried to take that into the game.”

Latibeaudiere was delighted to have opened his account for the Swans - having joined last October - and he revealed there had been a certain degree of clairvoyance involved as he had predicted himself to get on the scoresheet, while Yan Dhanda had backed himself to deliver the assist.

“It was a class feeling to get my first goal in a Swans shirt," he added.

"It’s a running joke in the team that I thought I was going to score and it was also actually Yan saying that he was going to assist me as well.

“Unfortunately it wasn’t at the Swansea end but I saw them all celebrating. I’m just glad to get the win and move on in the cup.”